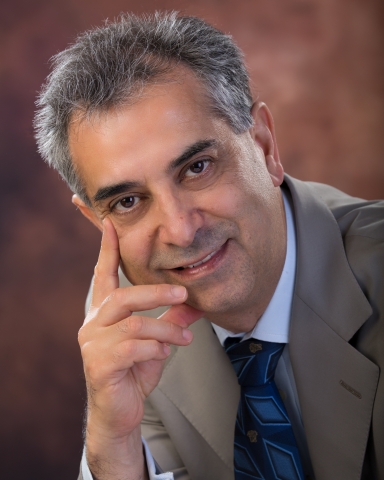 Dr. Rouzbeh Yassini is a serial entrepreneur, philanthropist, and is acting Executive Director of the University of New Hampshire Broadband Center of Excellence, an interdisciplinary initiative devoted to the advancement of broadband Internet technology and services globally.

Dr. Yassini is widely known as the “father of the cable modem,” reflecting his pioneering work in cable broadband technology as the founder and CEO of LANcity and as prominent contributor to the CableLabs Data over Cable Services Interface Specification (DOCSIS), a pillar of today’s worldwide, multi-billion-dollar broadband industry.

Dr. Rouzbeh Yassini on the present and future of broadband connectivity

As Founder and CEO of YAS Corporation, Dr. Yassini has been instrumental in the creation of multiple start-up companies that have either been acquired or have successfully staged initial public stock offerings. He has served as a senior executive consultant with Comcast; as an advisor to CableLabs in charge of the research organization’s DOCSIS and CableHome projects; and he currently serves as a member of the Liberty Global Inc. advisory technology board. He has also served as a member of the board of directors for LANcity (acquired by Bay Networks in 1996); Broadband Access Systems (acquired by ADC in 2000), TrueChat (acquired by Terayon in 2001), and Entropic Communications and been involved 10+ start-up companies.

In 2008, Dr. Yassini launched the Yassini Broadband Knowledge Center in Boston, offering research grants and facilities to investigate fresh ideas in broadband technology. These programs were transferred to UNH through the Broadband Center of Excellence in 2012.

Dr. Yassini holds an Honorary Ph.D. in Science and a B.S. in Electrical Engineering from West Virginia University; an Honorary Ph.D. from Merrimack College; and an equivalent MBA from General Electric’s Financial Management Program. Dr. Yassini is a member of the Lane Department Academy and the West Virginia University Academy of Distinguished Alumni.

Dr. Yassini is the author of Planet Broadband (Cisco Press, 2004), a humanized look at broadband technology and its contributions to society.