UNH credits at no additional cost

Live in apartments in the BU/BC area

What is the Changemaker Speaker Series?

A signature program of the Changemaker Collaborative, the Sustainability Institute's partnership with the Peter T. Paul College of Business and Economics and the Carsey School of Public Policy, the Changemaker Speaker Series covers a diverse range of topics related to the world’s most pressing challenges, including the climate crisis and racial injustice. We embarked on this partnership because we understand that the scale and complexity of these challenges must be addressed by collaboration across public, private and nonprofit sectors, and we know the tools of public policy and ethically governed commerce are critically important to mitigating and adapting to these challenges in a just and equitable way. The Changemaker Speaker series aims to shine a light on innovative solutions by bringing inspiring leaders to campus twice each semester.  We've been joined by leaders from organizations such as:

How do we build a powerful food movement that democratically transforms our world’s food system so that it is sustainable, just, and resilient? This panel will feature food system thought leaders and pioneers who are leading by example through a shared set of sustainability values around collaboration and trust, democratic empowerment, racial equity and dignity for all.

We are delighted to be joined by guest speakers:

Tom Hayes is a recognized innovator and decorated executive in the food industry who has guided some of the world’s most well-known brands over the past three decades. As Ocean Spray’s President and CEO, he now leads the world's leading producer of cranberry juices, juice drinks and dried cranberries, and oversees our global organization of more than 700 grower owners and 2,000 employees. Tom comes to Ocean Spray as our cooperative nears its centennial and is focused on ensuring the company is positioned for another 100 years of success.

“For everyone like me who grew up in New England, the Ocean Spray name is not just a global brand – it’s part of our culture. The heritage of the company and its 700 farmer owners is one to be celebrated and shared across the world, and I want to ensure it is protected and positioned to grow for a long time to come.”

Tom has played a substantial role in guiding the food industry toward innovation, sustainability, and positive growth throughout his career. As the former president and CEO of Tyson Foods, he led the largest food company in the U.S. with $40 billion in sales and 122,000 employees, introducing a new corporate brand, purpose, global growth strategy and approach to sustainability. While at Tyson, Tom also led popular consumer brands including Tyson®, Jimmy Dean®, Hillshire Farm® and Ball Park®.

Prior to leading Tyson, Tom was the Chief Supply Chain Officer at Hillshire Brands and Sara Lee and held significant leadership roles at US Foods, ConAgra, and Kraft. Most recently, Tom was a partner at Entrepreneurial Equity Partners (e2p), a private equity firm that invests in middle market companies in the food industry. A native of southern New Hampshire, Tom earned a BA from the University of New Hampshire and an MBA from Northwestern University.

“As Ocean Spray approaches its centennial, we are presented with an extraordinary opportunity to look toward the future, tackle new challenges, and ensure that this cooperative will succeed for another hundred years. We are going to grow together so we can win together.”

Niaz (she/her) moved to Gloucester, Massachusetts - the oldest settled fishing port in the U.S. - in 1994 when she decided to work on fisheries issues. She has been a community organizer for over 30 years working on environmental, social, and economic justice issues. The life changing moment came in 1994 when as a Greenpeace campaigner she switched from organizing in communities fighting for environmental justice to organizing fishing communities. From the start she recognized the similarities between family farmers’ fight for a more just and ecologically responsible land-based food system and that of community-based fishermen fighting to fix the broken sea-based food system.

She has been serving as NAMA's coordinating director since 2008. One of the first things NAMA did after Niaz took the helm was to join the National Family Farm Coalition as its first non-farming member. The two organizations entered into an innovative shared-leadership model on May 1, 2018, putting Niaz in the new role of serving the work of both organizations and further cementing the relationship and interdependence between land and sea.

Time Magazine named Niaz as a Hero For The Planet for her work with small-scale, traditional, and indigenous fishing communities to fight against the corporate takeover of the ocean and privatization of the marine environment and fishing rights. Niaz' work and approach have been noted in a number of books including Against the Tide; Deeper Shade of Green; The Spirit's Terrain; Vanishing Species; The Great Gulf; Swimming in Circles; A Troublemaker's Teaparty; Zugunruhe: The Inner Migration To Profound Environmental Change; Raising Dough: Public History and the Food Movement; The Complete Guide to Financing a Socially Responsible Food Business; Blue Urbanism: Exploring Connections Between Cities and Oceans; and, The Doryman's Reflection.

She is a graduate of the Rockwood Leadership Institute's Leading From Inside Out and the Institute for Nonprofit Practice's Core Certificate Program.

Prior to coming to NAMA in spring of 2008, Niaz served as the interim COO of the Healthy Building Network. She currently serves on the Food Solutions New England's Steering Committee.

Gerardo has served as Executive Director of LEAF for the last nine years, spearheading the Fund’s growth at the national level and developing financing programs and technical assistance to small businesses in Massachusetts.  He joined LEAF after spending many years in the commercial banking and investment management field.  His background includes ten years as a Vice President at First National Bank of Chicago, and 15 years in investment management in the positions of Portfolio Manager and Senior Vice President with Baring Asset Management and John Hancock funds.  Gerardo serves as advisory member of the annual Federal Reserve's Financial Innovations Roundtable, a member of the Boston Federal Reserve's Working Group on Wealth Inequality, and a board member the Food Coop Initiative, the Boston Industrial Development Financing Authority, and Third Sector New England. He has a master’s degree in Economics from Stanford University and an MBA from the Harvard Business School. 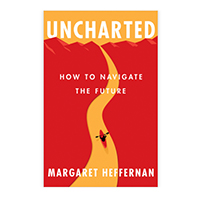 Uncharted: Navigating to a Sustainable Future

A timely topic for these turbulent times! Creating a sustainable future demands navigating uncharted territory to address highly complex challenges and to work across silos and sectors to develop bold, effective, sustainable solutions. Best-selling author, entrepreneur, and CEO Margaret Heffernan will draw from her latest award-nominated book, Uncharted, which highlights people and organizations who aren’t paralyzed and daunted by uncertainty. 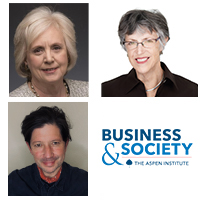 Guest speakers reflect on the progress being made and discuss tangible examples of how companies are radically altering “business as usual” to ensure alignment of positive impact on people and planet, as well as profits. 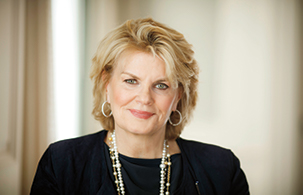 Stakeholder Capitalism in Action: Transitioning to a Net Zero Future, Advancing Racial Equality, and Addressing other Challenges of our Time

Anne is one of the 50 most powerful women in the world on the Forbes Magazine list (#39). Anne is a major force behind Bank of America’s commitment to building a low carbon economy, and a major force in the investment community for advocating that capital must flow in support of the UN Sustainable Development Goals.

Accountable Business Leaders: On a Mission for Justice and Equity 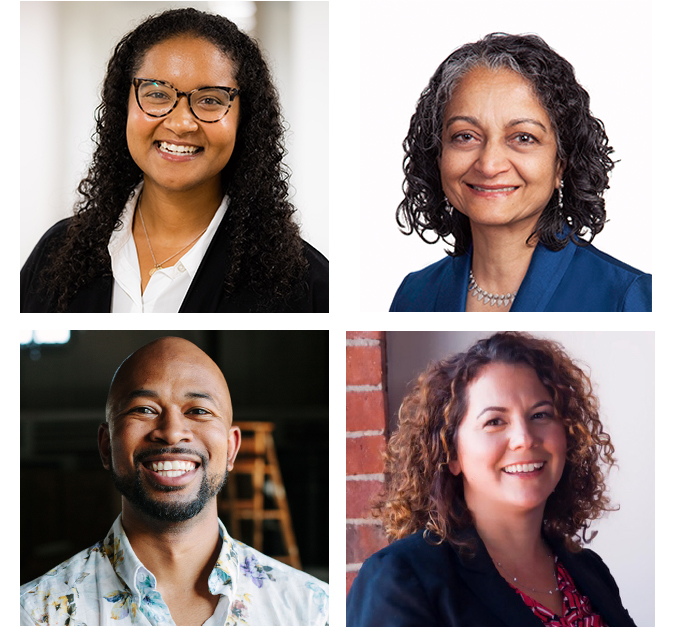 This timely panel explores how certified B Corps and other pioneering businesses are building an inclusive economic system that addresses fundamental injustice and inequity.