Over 170 tons of waste diverted from landfills

Trash 2 Treasure (T2T) is a student-run social enterprise with the mission of assisting students, UNH and the local community in reducing waste. T2T’s main initiative is to run the move-out collection and yard sale program, reducing unnecessary discarded items from entering landfills. Consequently, T2T significantly reduces trash removal costs for the University and provides families back-to-school savings at move-in weekend yard sales. The success of this social enterprise is achieved through strong student leadership and passionate, active volunteers who want to promote sustainability.

Trash 2 Treasure collects massive quantities of furniture and dorm items from students at the end of each school year to recycle or resell at discounted prices the following Fall. Since its inception, T2T has saved students over half a million dollars in back-to-school expenses and diverted over 174 tons of waste from entering landfills.

COVID-19 Update:
Keeping the health and safety of our student volunteers and campus community in mind, we have decided to temporarily suspend the T2T program until Spring 2021. We look forward to working with you next year! If you have any questions please refer to the UNH Housing FAQ webpage.

Our official collection period is in May from the first day of Finals to the day after Commencement. Outside of that time, we do not have vehicles or volunteers available for collections.

We accept pretty much everything that can be re-sold at the T2T Yard Sale. We also recycle old textiles and broken electronics, and donate all food and toiletries to local shelters.

Thanks! Volunteers get to experience the “behind-the-scenes” of this program (and get first dibs on all the cool stuff we find!).

As you get more involved, you’re welcome to apply for leadership roles to learn how to manage the budget, coordinate the logistics, or rally the volunteers to make this project a success! We can’t do this program without the hundreds of dedicated volunteers who make it possible.

All volunteers interested in helping with collections in May, sorting items in the summer, setting up and running the yard sale in August, and/or being a part of the Core Leadership Team can sign up here! We will be in touch!

When & Where:
Keeping the health and safety of our student volunteers and campus community in mind, we have decided to temporarily suspend the T2T program until Spring 2021. We look forward to working with you next year! If you have any questions please refer to the UNH Housing FAQ webpage.

The sale typically officially opens for free to the public at 10am on Friday of move-in weekend and can be accessed at 9am by paying the Early Bird Special entrance fee of $5 from 9am to 10am. We do not sell items outside of the Fall sale dates.

Early Bird Special:
Want to guarantee first pick of our best items? For just $5, you can get into the sale an hour before the doors open to the general public.

Negotiations & Returns:
Our prices are non-negotiable, which are already way below market price and we simply don’t have the volunteer capacity to negotiate on prices. All sales are final. Please carefully inspect all items before purchase. While we test all electronics over the summer, we cannot guarantee their durability. Please test them yourself at our plug-in stations at the sale before you leave.

Parking on campus during move-in weekend is EXTREMELY limited. This sale is intended primarily for UNH students, parents, and community members. Please visit the UNH Police website for updates, as all normal campus parking rules change during this specific weekend.

Pick Up:
For large purchases, we can set them aside for you and mark them as sold for pick-up. We will take down your contact info and show you how to access our loading dock behind the UNH Dairy Bar. We encourage you to come to our loading dock after traffic dies down on campus.

Delivery:
We deliver items for an additional fee. We only deliver large items like furniture and large electronics - we will not deliver small items.

For $10 we can deliver to students in residence halls, $15 to other locations in Durham, and for $25 we can deliver to Newmarket or Dover. We will take down your contact information and will give you a ballpark estimate when we can arrive. We will call you when the truck goes out with your item on it. We cannot enter residence areas and private units, so we will call you to come meet our truck and you will have to load your item into your unit yourself or with friends. If you are not there, we will notify you as best as we can that your item may be outside or in the lobby of your unit.

Yes! We strongly encourage you to reach out to PLAN - the Post-Landfill Action Network. They are a small non-profit with a staff of mostly recent graduates who are there to support students and staff with making this project happen on your campus. We have benefited tremendously over the years from their advice and expertise. They have a program guide to help you through the steps, as well as student leader trainings, workshops, toolkits and much more. Check out all they have to offer here! 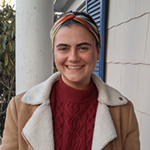 Marina Vaz
Pronouns: She/Her/Hers
Position: Coordinator
Marina is a Political Science and International Affairs dual major and German minor. She joined T2T to help UNH implement more sustainable practices and inspire our community to do the same. She is also involved in Model UN and Socratic Society. 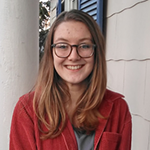 Sydney Whittum
Pronouns: She/Her/Hers
Position: Co-Coordinator
Sydney is a Design and Sustainability major. She joined T2T to help educate our community about sustainable practices and promote a zero-waste movement on campus. 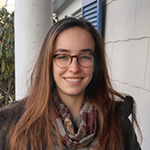 Bean H. Hiser
Pronouns: She/Her/Hers
Position: Marketing/Design Team Lead
Bean is a Zoology major. She has a passion for the care of the earth with the goal of eventual redemption or at least reduction of the toxicity that humans have caused. She joined T2T with hopes of inspiring others to live a more sustainable, reusable lifestyle.

Eliane Driscoll
Pronouns: She/Her/Hers
Position: Peace and Justice Team Lead
Eliane is an Environmental Conservation and Sustainability major and a member of Sigma Alpha. She joined T2T to take action in the movement to bring awareness to the value of integrating sustainable practices into the community and an individual’s lifestyle.

Marisa Labadini
Pronouns: She/Her/Hers
Position: Volunteer Team Lead
Marisa is a Business Administration major with an option in Entrepreneurship and Marketing. Building character and saving the planet one dumpster dive at a time has been enjoyable for Marisa!

Brenna Heinley
Pronouns: She/Her/Hers
Position: Logistics Team Lead
Brenna is a Civil Engineering major. She joined T2T to help make sustainable lifestyles accessible for all sorts of people, college students included! By being a part of T2T, she has been able to give back to the community by encouraging the reuse and repurposing of items, while having fun doing it! 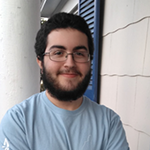 Max Schoenfeld
Pronouns: He/Him/His
Position: General Member
Max is an Anthropology and Sustainability dual major. He holds leadership positions in the New Hampshire Outing Club, Net Impact, and the Upper Quad Hall Council. He loves enjoying the great outdoors; he joined T2T to help inspire environmental consciousness in the UNH community and beyond. 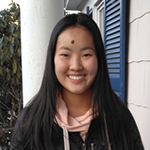 Hannah Cloutier
Pronouns: She/Her/Hers
Position: General Member
Hannah is a Business Undeclared major. Coming from high school, she felt the need to get more involved within the community and the T2T Annual Fall Yard Sale caught her attention, which then sparked an interest to reach out and be a part of T2T. 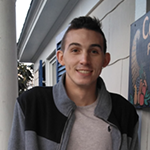 Garrison Gazvoda
Pronouns: He/Him/His
Position: General Member
Garrison is a Finance major. He has a strong interest in environmental engineering and protection. He joined T2T to have an impact on the community and help promote a zero-waste environment. 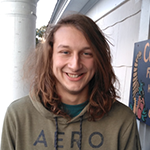 Joey Neleber
Pronouns: He/Him/His
Position: General Member
Joey is an undeclared Engineering major. Feeling overwhelmed about coming to college and not knowing anyone, he looked into groups that offered move in early and felt a connection with T2T and it's purpose of reducing the campus's carbon footprint, all while meeting a ton of amazing people along the way who really care about the future of the planet. 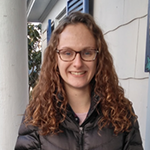 Jennah Landgraf
Pronouns: She/Her/Hers
Position: General Member
Jennah is an Environmental Engineering major. She joined T2T to take part in the sustainability conversation and to help enact environmentally conscious change on campus. T2T's message of sustainability and advocating for zero-waste resonated with Jennah, and she is extremely grateful to be part of such a wholesome, environmentally conscious group on campus.