Developed by researchers at the University of New Hampshire, the Know Your Power® Bystander Social Marketing Campaign is a nationally recognized program focused on reducing sexual and relationship violence and stalking on college campuses. The campaign consists of a series of images which portray realistic and thought-provoking scenarios that highlight the important role all members of the community have in ending sexual assault, relationship violence, and stalking.

The images raise awareness about the problem of sexual and relationship violence and stalking and model active bystander behaviors that target audience members can use in situations where violence is occurring, has occurred, or has the potential to occur. The Know Your Power Campaign can be used on its own or in combination with the Bringing in the Bystander® Prevention Program. Custom images can be created upon request to increase effectiveness in each campaign environment.

Developed at the University of New Hampshire’s Prevention Innovations Research Center, and often used in tandem with Soteria Solution's Bringing in the Bystander High School and College Prevention Programs, Know Your Power has been shown to be effective, among target audience members, in:

END_OF_DOCUMENT_TOKEN_TO_BE_REPLACED 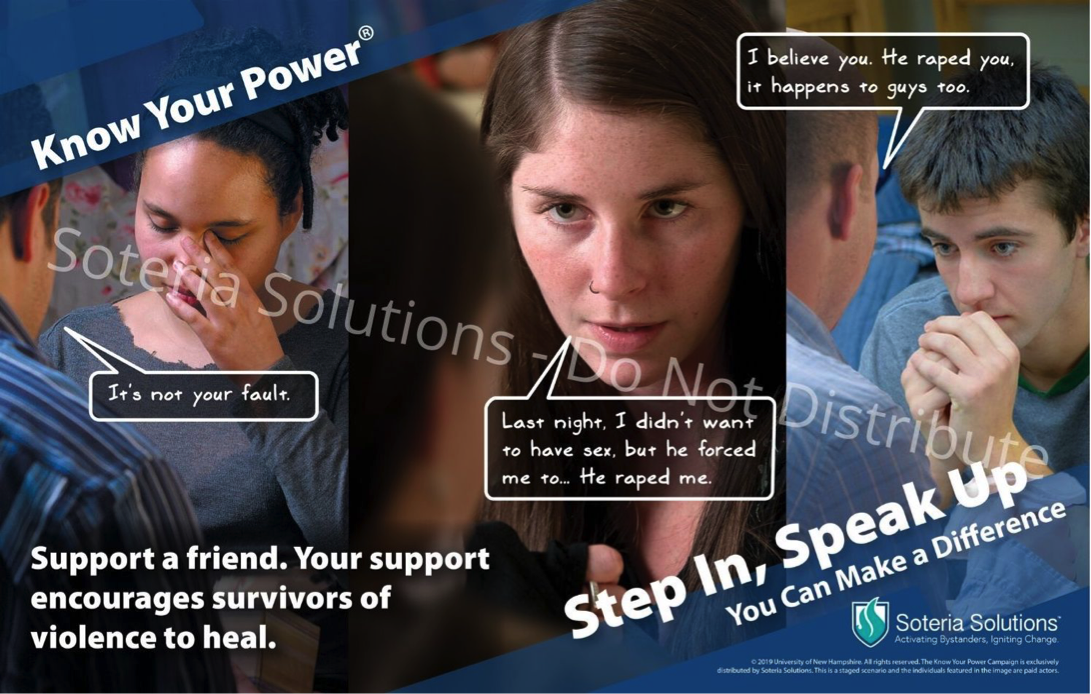