The ECenter partners with industry experts to provide interactive bootcamps ranging from idea creation, marketing, pitching, sales, and more! Learn valuable skills, no matter what your college or major!

If there is ONE ECenter event to go to this is it. An interactive, hands-on bootcamp. Have fun and get inspired by the creativity of others.

Every semester the ECenter starts off with the AMAZING Idea Creation Bootcamp! Why? Because understanding how to start the IDEATION process and successfully use that idea to move forward to solve problems is critical in the workplace. If there is ONE ECenter event to go to… this is it! 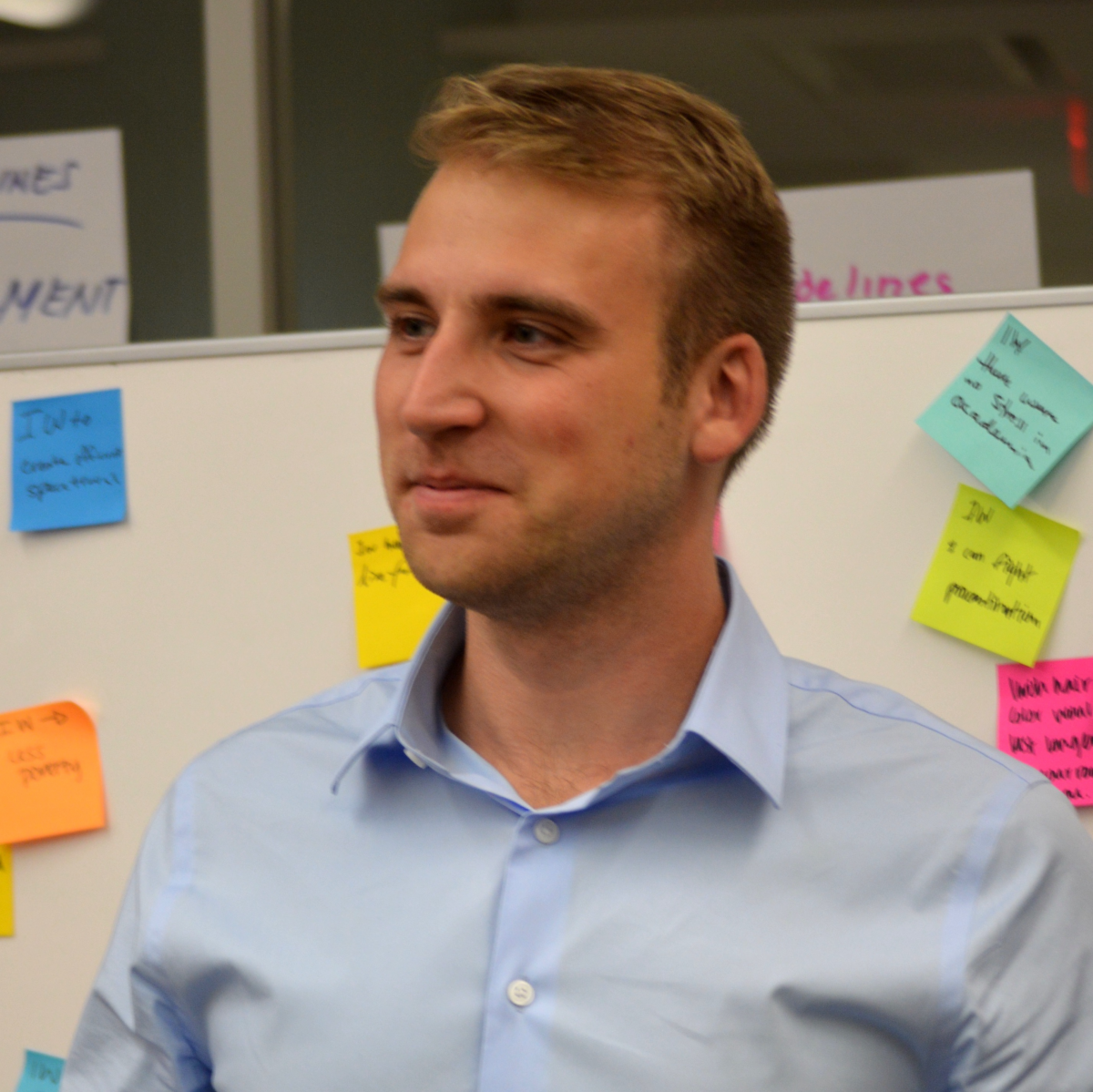 Alex is obsessed with helping early stage startups get to product-market fit and helping early-stage entrepreneurs find their confidence to take the plunge.

He currently serves as Head of Product at Zealot Interactive, an early-stage startup which enables you to learn guitar the best way possible.

Trained as a biomedical engineer, Alex has founded startups in biotech, media, mobile gaming, and social networking, one which which was funded by Y Combinator. He has also designed and directed entrepreneurship ecosystem programming at 4x'd the rate of viable high-growth entrepreneurs, using research-backed and relationship-based approaches.

Alex has coached hundreds of student entrepreneurs 1-on-1 and in workshop formats internationally.

Whether you are pitching yourself for an internship or interview, as an entrepreneur searching for funding, or a corporate executive on the sales floor or the c-suite...

learning how to pitch is critical!

In this Bootcamp, you will participate in a hands-on workshop to prepare, refine, and deliver your pitch.

Learn how to tell your story and sell yourself and your ideas with polish and personal style. 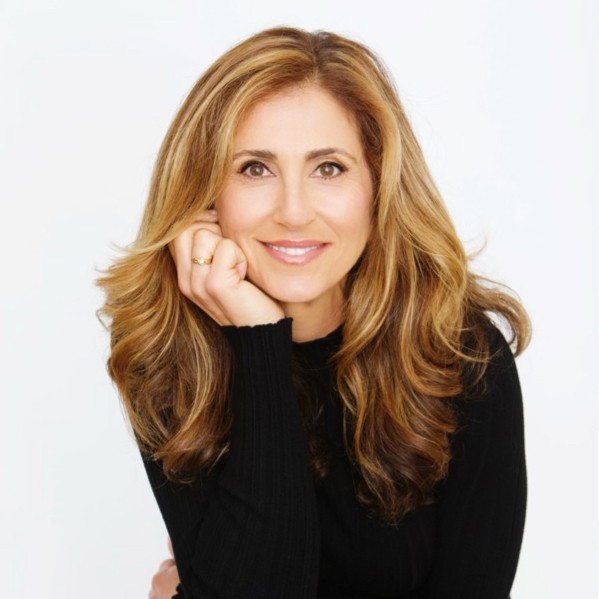 Learn the basic skills of pitching with Alita Guillen, communications coach to Fortune 500 CEOs, professional athletes, and global entertainers. An Emmy Award winning journalist and communication expert, podcast host, and one of the top communications advisors in the U.S., Alita comes to the ECenter prepared share core skills and prepare tools necessary to craft and prepare to sell your message in the most important moments.

Alita works with top global talent to maximize their communication performance on any platform and in any seetting. She is also the host of the podcast 10 Seconds To AIr. A thought provoking interview show featuring guest who share inspiring stories about what it takes to perform in their ﬁeld. Alita developed her proprietary Complete Communication Coaching System to train clients in mastering their personal, authenthic, and eﬀective communication style critical to elevating their professional performance. She is also an entrepreneur, having founded and launched a number of successful businesses and she holds a patent for product design.

Alita earned a Master in Broadcast Journalism from the University of Miami, and a B. A. at the University of New Hampshire, where she led the NCAA D1 Women’s Lacrosse team to the Final Four championship, earning All-American honors. Alita has lived and worked in Boston, Chicago, Miami and currently resides in Los Angeles. 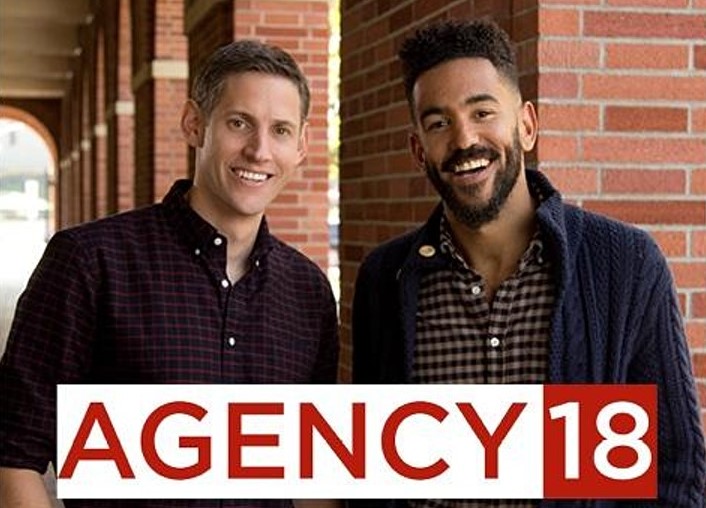 Garrett Brown began his career as a corporate lawyer representing entrepreneurs but decided to leave the law and join a tech startup that would allow him to follow his passion. His first role was selling corporate sponsorships for Fastpoint Games, an online gaming platform. He was quickly promoted to run Fastpoint’s Sales and Business Development efforts as VP of Business Development until the company was acquired. He then helped launch and scale Bitium, an enterprise software company where he served as Chief Revenue Officer until the company was acquired by Google. Garrett joined Google in a Revenue Management role where he worked with a wide variety of internal teams and learned countless lessons about the inner workings of one of the most recognizable companies in the world. He is now an active startup investor and advisor, an adjunct professor at USC's Marshall School of Business, and a founding partner of Agency18 (www.agency18growth.com), where he helps companies, build, scale, and inspire sales teams.

Colin Coggins is well-known in the tech community for his unique, process-driven approach to repeatable and scalable revenue generation models, sales IQ, emotional intelligence, and technology evangelism. He has held senior leadership roles at several emerging technology companies including SVP of Sales at Bitium (acquired by Google), Mobile Roadie (acquired by Intellectsoft), Phunware, and Results.com. After Bitium was acquired by Google, Colin went on to lead the global revenue charge as Chief Revenue Officer at Chanje Energy. He now spends a majority of his time teaching, advising, investing, and helping mission-centric companies transition to revenue-forward cultures while staying true to their purpose, as a founding partner of Agency18 (www.agency18growth.com).

covered in 6 years of ECenter bootcamps!

The Idea Creation Bootcamp was a fun and interactive way to expand our knowledge on the process of innovation and prototype development.