The Peter T. Paul Entrepreneurship Center, known around campus as the ECenter, was funded in early 2015 and officially launched in November 2015, with the hiring of its first director, Ian Grant. In January 2016, the ECenter opened its doors in UNHInnovation at Madbury Commons.

The Peter T. Paul Entrepreneurship Center (ECenter) at the University of New Hampshire is the co-curricular heart of ideas, innovation, and entrepreneurship on campus. It’s open to all students from any college or major. Our goal at the ECenter is to foster the next generation of leaders with an entrepreneurial mind-set who can see opportunities and identify creative solutions that others have missed, one idea at a time. Although part of  UNH, the ECenter is independent of any one college. The ECenter delivers unique, hands-on, experiential programming that inspires, nurtures, and mentors students from any major, at every step in the process, anywhere from idea growth and development to the fundamentals of company creation.

The ECenter operates as a start-up in an academic environment, and most programs are donor funded. Led by a proven serial entrepreneur, we are demonstrating significant success throughout the UNH student community. Being co-curricular means we are able to complement what all UNH students are learning in every classroom on campus. ECenter programs include the i2 Passport Program, Paid Student Internship at Start-Ups Program, Summer Seed Grant, Maurice Prize for Innovation, Start-Up Speaker Series, bootcamps, and hackathons. We’re also home to the Idea & Innovation Society, the student-run Makerspace, and the UNH Entrepreneurship Club, a student-led organization housed within the ECenter, and our annual UNH Alumni Entrepreneur Hall of Fame launched in 2018.

Want to learn more about what's happening at the ECenter? Fill out the form below to set up your visit today! 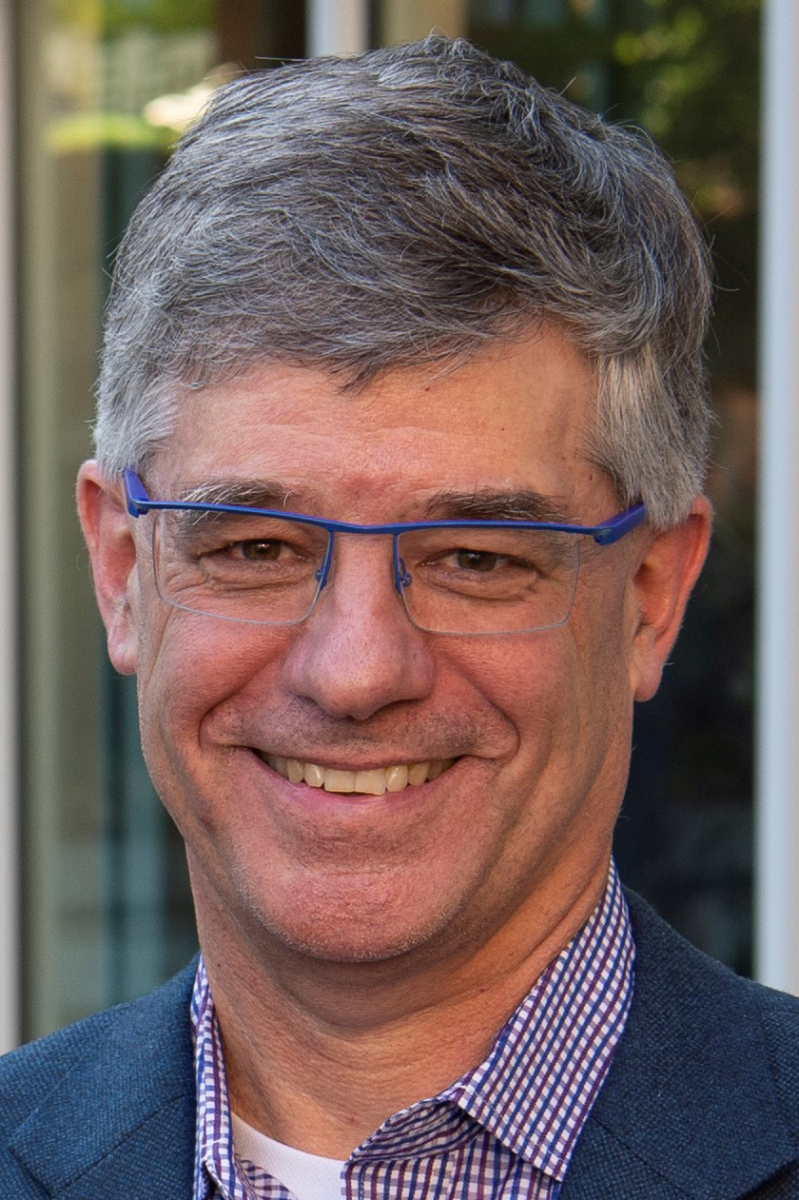 Ian Grant was hired in 2015 as the first full-time director of the then newly established Peter T. Paul Entrepreneurship Center (ECenter) at the University of New Hampshire.  He brings a wealth of entrepreneurial and innovation experience to the University that directly benefits entrepreneurial understanding and growth for students, faculty, and alumni.

Ian co-founded/founded three companies (bootstrapped and venture backed), all of which were acquired, and he led innovation projects within large Fortune 500 corporate environments. He speaks often of drawing upon a critical “tool box of knowledge” that was acquired as a result multiple leadership roles including CEO, chief operating officer, VP of marketing, business development, and sales (trenches and managing), and from work in a variety of industries including commercial real estate, customer loyalty, organic products, career and HR technology/services, higher education internet-based products/services, and healthcare.

Ian’s start-up companies included VillageGenie.com, where he was CEO (acquired by Lee Hecht Harrison/Adecco), Hotchili Technology, and PlanetResume.com/MTS-Group (both merged with Careershop.com and acquired by Personnel Group of America). In addition, he was involved with the early stage company Pure Barnyard Lawn & Garden Products (Cockadoodle-DOO brand) as COO and head of marketing.  Within corporate innovation, he worked for the Sodexo subsidiary, Circles, focusing on American Express’ Centurion/Platinum card member loyalty through its concierge service as the executive director of product and marketing and executive director of innovation.

His entrepreneurial success and involvement with non-profits led the Boston Business Journal to select Ian from more than 300 nominees for its “Top 40 Under 40” award in 2001. Ian Grant graduated with a BA in Government from St. Lawrence University in Canton, New York. Ian studied and lived in Kenya, East Africa, and served on the boards of non-profits supporting education of the Maasai people. He is conversational in Swahili. 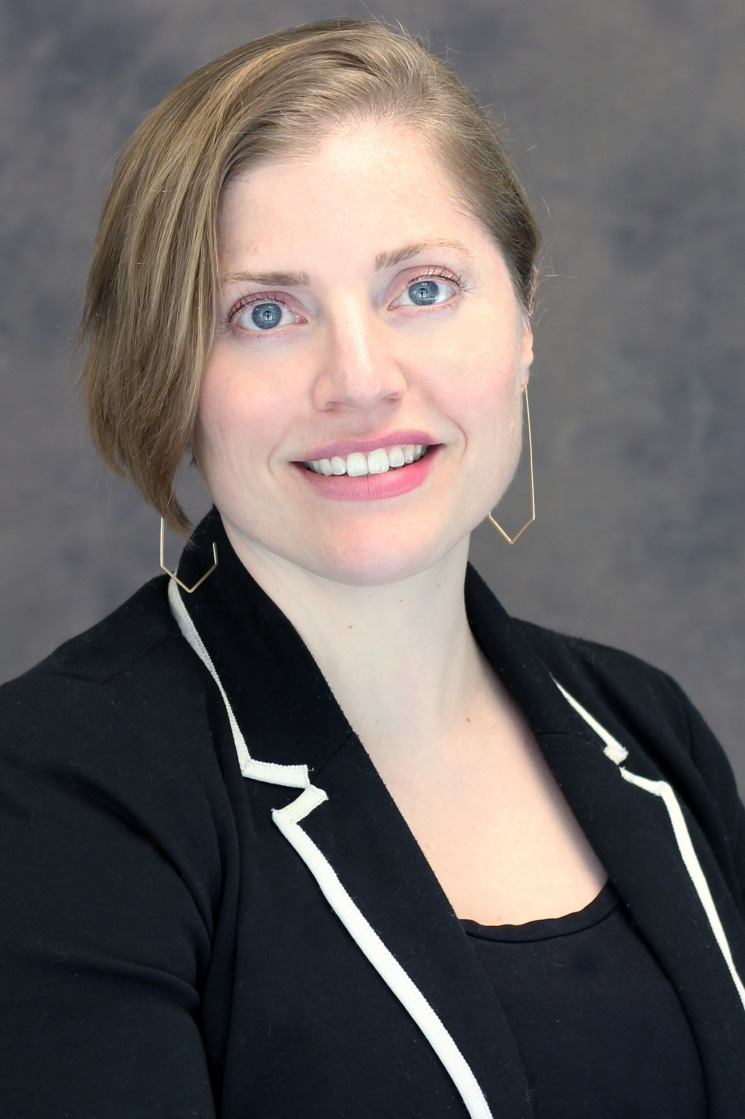 Heather MacNeill is the Associate Director of the Peter T. Paul Entrepreneurship Center (ECenter). In her role, Heather leads the planning, delivery, and evaluation of the i2 Passport Program, Paid Student Internship at Start-ups Program, and the Summer Seed Grant. She also manages outreach efforts with UNH students and faculty and has recently started outreach to high schools as well. Heather is the advisor to the Makerspace at the ECenter and manages the ECenter Student Ebassadors (our fun word for ambassadors). Heather came to UNH in March 2016 after five years of program planning and delivery at Harvard Business School. She graduated from UNH (COLA) with a B.A. in English in 2007 and earned her Master of Public Administration degree from UNH (Carsey School of Public Policy) in May 2020. Genevieve Brown is the Associate Program Manager of the Peter T. Paul Entrepreneurship Center (ECenter). She joins UNHI with a decade of experience in marketing, program management, and event programming in both the for-profit and non-profit sectors and within over a dozen different industries. At the ECenter, Genevieve manages marketing and communications, finances, the Alumni Entrepreneur Hall of Fame, programming event series, and assists the Executive Director and Senior Program Manager. She is passionate about storytelling and delivering customer-centric strategies promoting awareness, engagement, and growth. Genevieve received both her B.A. (Ancient Studies) and graduate diploma (Public Relations) from Université Laval and she has been serving the American Marketing Association on various boards of directors since 2018. Nichole Jones is the Program Support Assistant at the Peter T. Paul Entrepreneurship Center (ECenter). She joined UNHI with experience as a small business owner, organization leader, and a background in financial services. At the ECenter, Nichole supports and assists with events, finances, and programs like the Shaw Innovation Explorers Program. She assists the Executive Director, Senior Program Manager, Associate Program Manager, and her organizational skills and attention to detail make her a great asset to the team. Nichole attended Manchester Community College with a focus in Science. 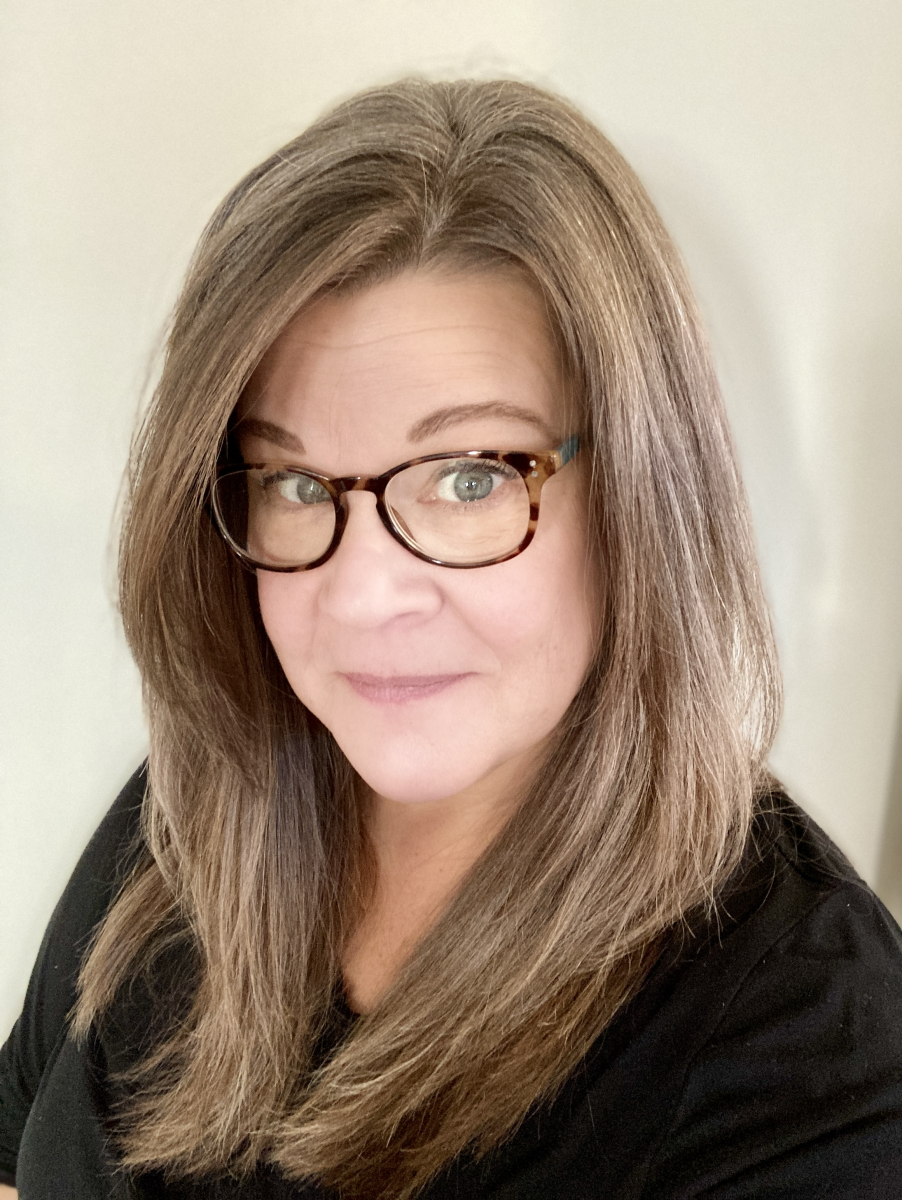 Sandra is the Director of Development of the Peter T. Paul Entrepreneurship Center (ECenter). Her role is to support the ECenter through developing new relationships and deepening understanding of and engagement with UNH and the ECenter. She is a fundraising professional with strong resource development, leadership, communications and relationship skills, who builds strategies for expansion and growth, incorporating the identification, engagement and retention of key stakeholders. Sandra has served on several local non-profit boards and been instrumental in creating community and professional non-profit organizations. Sandra received her Master of Social Work from Fordham University and her Bachelor of Social Work from Southern CT State University. She holds a certificate in non-profit leadership (Fordham University) and is a licensed clinical social worker in the State of Connecticut.

Check out our YouTube page to see videos clips from our Makerspace, Summer Seed Grant presentations, Paid Student Internship at Start-ups Program student video blogs, and the power of entrepreneurship at UNH. 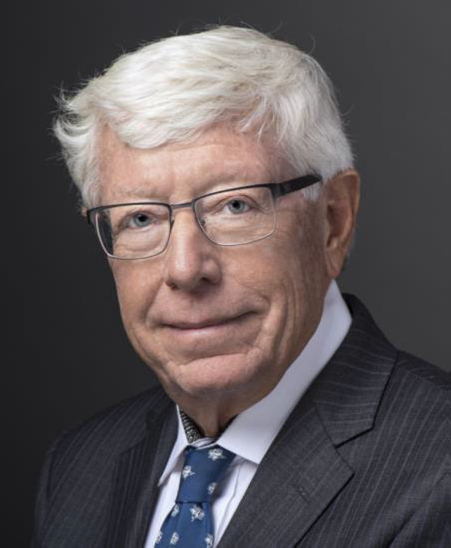 We are grateful to Peter T. Paul ('67) for providing the initial funding to launch the Entrepreneurship Center at UNH.  Paul has a long commitment to education at the University including a $25 million gift in 2008 to build a new business college named the Peter T. Paul College of Business and Economics.

Paul is the CEO of Headlands Asset Management LLC, an investment management company he founded in 2008. In addition, he is the owner of West Biofuels, a research and development venture, and Peter Paul Wines. He is also chairman of The Headlands Foundation, a nonprofit organization he founded in 1995.

In 1986, Paul founded Headlands Mortgage Company. It became one of the premier wholesale lending institutions in the country, specializing in originating, selling, securitizing, and servicing residential mortgage loans. After leading Headlands through a successful IPO in February of 1998, Paul negotiated its merger with GreenPoint Financial in 1999. 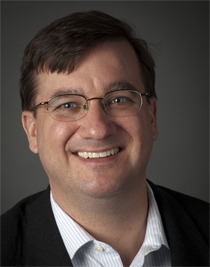 Marc Sedam was the vision behind the ECenter, transforming the study and creation of ideas into the practice of bringing those ideas into the world through ideation, creativity, and company formation. By supporting the technology opportunities coming out of UNH Research and providing the hub for students, faculty, and staff to learn and understand about all things entrepreneurial, the ECenter will be a successful part of the culture at UNH - and it would not exist without him!

We are appreciative for the financial support of programs and projects from the ECenter Support Network. The ECenter Support Network is a growing group of alumni, business leaders, and friends of UNH helping to build the entrepreneurial culture and experience at UNH for students, faculty/staff, and alumni through program development at the ECenter with financial support, personal mentoring, network introductions, and engagement. 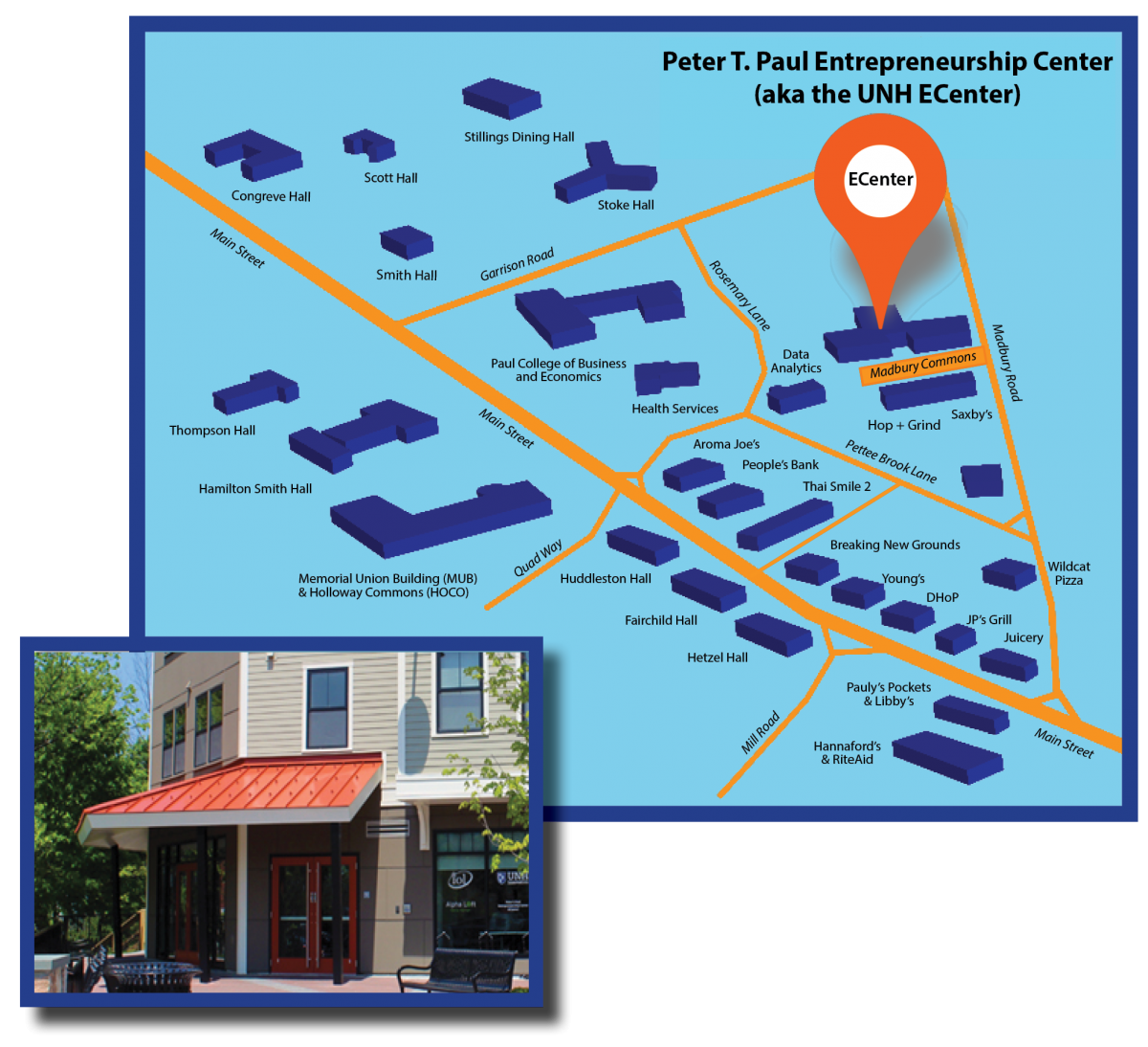 Stay in the Know

Can't come to campus?
Get the newsletter to stay in the know!