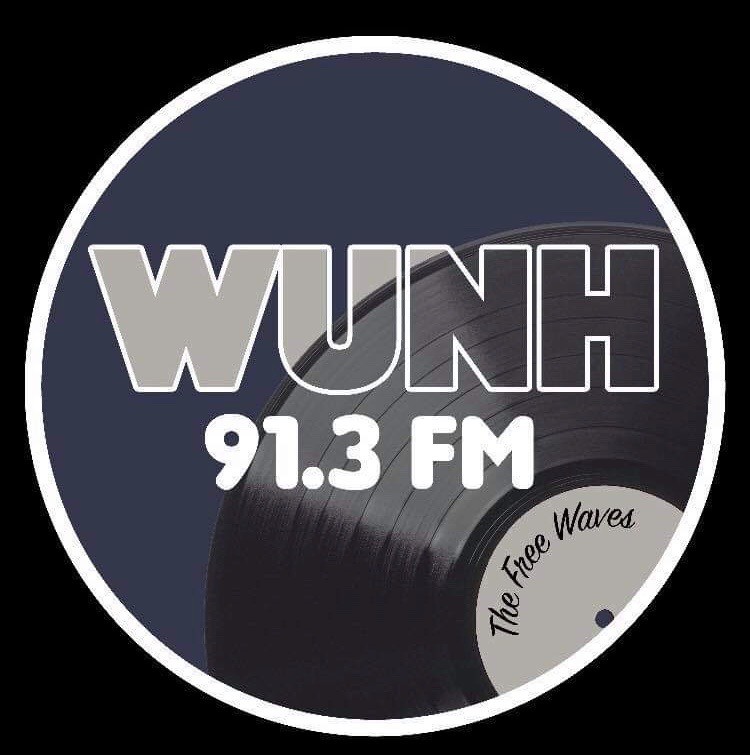 Immediately following vinyl week, WUNH jumps straight into our annual marathon fund drive, where we'll be delivering you nonstop music 24 hours a day for the whole week. Tune in any time from Sunday, November 17th to Saturday, November 23rd, and support non-commercial freeform radio delivered by the best student and community DJs in the land. We only ask you once a year, and every donation--no matter the size--helps us keep afloat and continue to provide quality alternative programming. As always, your donations will come with sweet WUNH merchandise that you can sport wherever you go!  This year's premiums can be found on our home page and all donations, if possible, can be made using the "donation" tab at the top of our webpage!

From November 10-17, hear the crackle of an old record during our favorite 7 days of the year, vinyl week. Stream it online; listen in the car or on your stereo, and enjoy non-stop WUNH music played only from our collection of vinyl records. 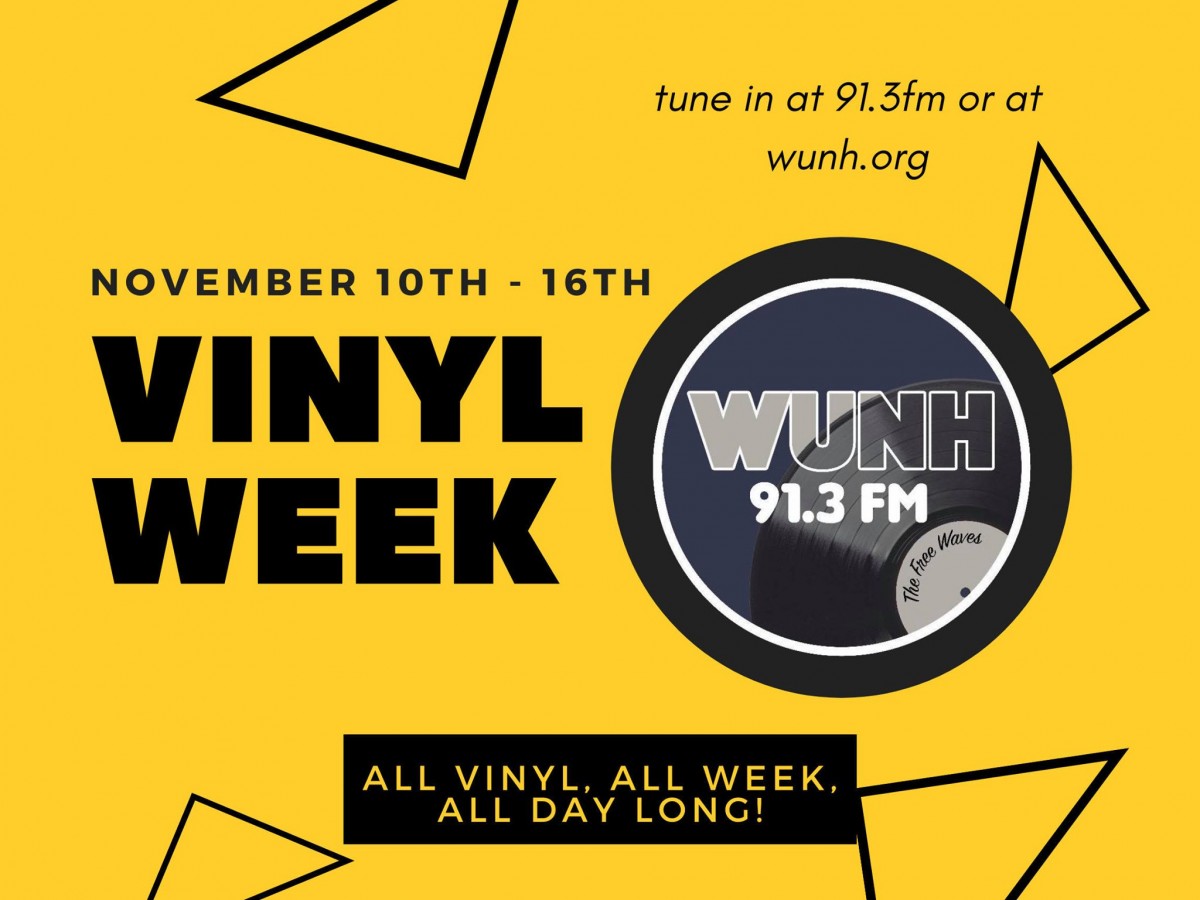 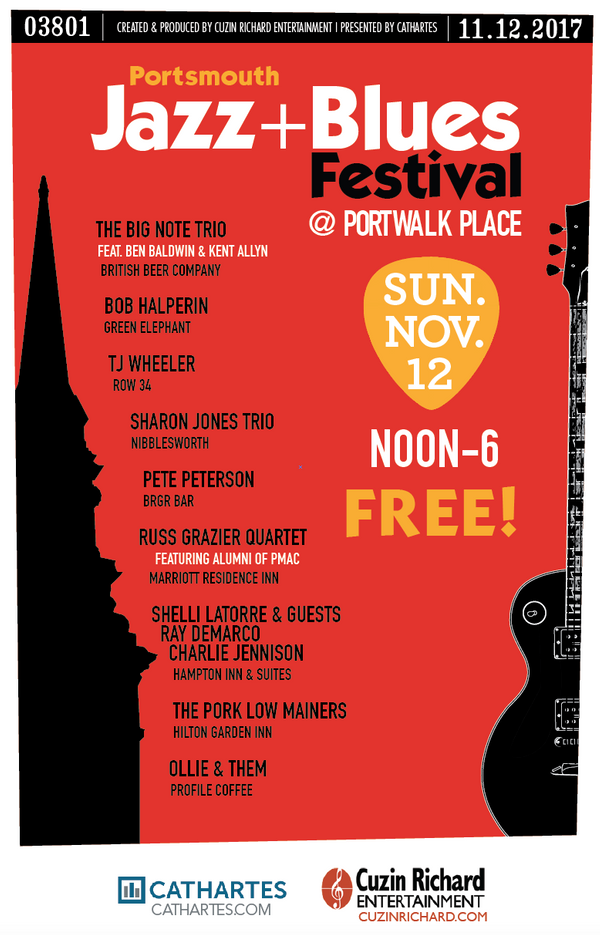 PORTSMOUTH, NH – In its third year, the Portsmouth Jazz & Blues Festival at Portwalk Place features ten distinguished blues and jazz artists performing at nine stages inside Portwalk Place hotels, restaurants, and apartments on Sunday November 10 from noon to 6 pm. The festival is free and open to the public and sponsored by Portwalk Place, a neighborhood of residences, hotels and restaurants tucked between Deer and Hanover Streets, in cooperation with Richard Smith, head of Cuzin Richard Entertainment Associates (CREA), since 1976, in Portsmouth.

Brochures listing performers, performance times and stage locations are available on site and in advance at participating Portwalk Place businesses. All performances were Standing Room Only last year, and like this year, shine a spotlight on local and regional headliners, many of whom are recording and national touring artists.

Parking is available at the Portwalk Garage, with an entrance on Hanover Street.

The roster of performers in the 2019 Portsmouth Jazz & Blues Festival underscores the continuing contributions of area talent, who in creating a collective cultural musical currency, put Portsmouth on the map as an arts destination decades ago.

The world touring blues performer, who in 2003 won the Keeping the Blues Alive Award in Education from the WC Handy Blues Foundation (now the International Blues Foundation) guesstimates that he has reached half a million students on five continents through Blues in the Schools programs over the past 50 years. His performance at the Portsmouth festival marks the 30th anniversary of his own educational program called Hope, Heroes and the Blues, which he began touring nationally with the support of a Ben & Jerry’s grant.

“Depending on who’s in government, the BITS program vacillates between garnering wonderful support and verbose superlatives to being denigrated as a tool of socialism, right down to old negative stereotypes,” says Wheeler. “To present blues without a message is no less than blasphemy. Despite the Jim Crow era when blues was born, it is a self-empowering music of hope. It’s a catharsis. My slogan has always been Sing the Blues to lose the blues. It’s a regenerative process for the mind, body and soul. I especially love playing festivals like this one that equally support jazz and blues because I consider jazz and blues sides of the same coin.”

The original Portsmouth Jazz Festival (1982-1992) began on Ceres Street and was founded by hospitality entrepreneurs Dick and Jill Gallant, Mike Smith and Peter Rice and produced by CREA. The Blues Festival, presented from 1986 to 2006 at various outdoor settings, was the brainchild of historian Valerie Cunningham and blues music maker, activist and educator, TJ Wheeler. When it was staged at Strawbery Banke museum, the Blues Festival was produced by CREA.

“It’s been a pleasure working these events and with amazing people in our community,” says Smith. “I appreciate Cathartes, Portwalk Place, Lori Decato Metz, Laura Pope and Lynn Davey Maguire in putting this festival together. Big thank yous go to artists giving us support and our staff. I couldn’t do this without them.” Smith recently reopened his mother, Grace’s, Modern Record Shop (formerly in Lebanon, NH) in Portsmouth, selling used quality LPs in all genres.

Come join WUNH at Freedom Cafe in Durham, NH on September 27th from 5-9 PM and celebrate the spirit of local music with an amazing array of artists such as Slackline, Jake Valeri, Sneaky Miles, and more! This event sponsored by Freedom Cafe and WUNH is free to WUNH students! 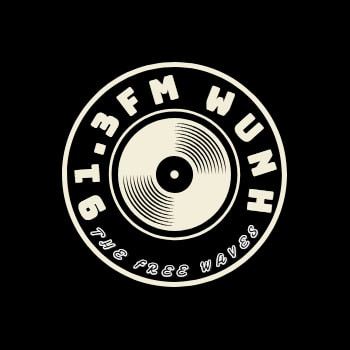 Every year, we take a week to kindly ask our listeners (who are able) for donations to keep the station running. This year, marathon is taking place from November 11-17. There is a list of premiums on the homepage of the website and a red button that you can click to make an online donation. If you would prefer, donations can also be made via phone call at 603-862-2222. Thank you so much for your time!

From November 4-10, WUNH will be playing all-vinyl programming. Tune in for this special event to hear classic, new, and specialty vinyl shows!