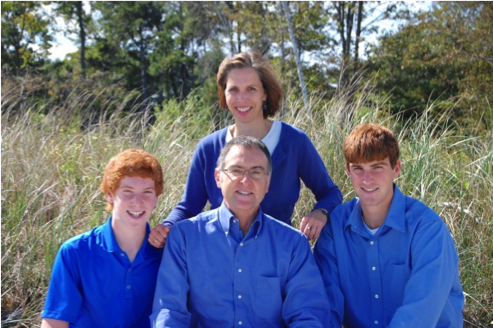 When I started the college search process, UNH was always a first choice.  While some of my friends were going to far away, to places like Utah and Colorado, I was always content with staying in the Northeast.  UNH is by all means a great school with its quality academics, beautiful campus, great social activities, and many more accolades, but to me this university has a deeper meaning.

As a kid, going to the UNH campus was a normal occurrence.  Since both my parents are alumni, they had many connections on campus.  My Dad is a former Pike brother and when I was a bit younger he was also the house manager, which meant he often traveled up to work on Pike, or “The Boys House” as my brother and I called it.  Occasionally he would take us with him — Once I remember driving into the parking lot of Pike and walking into the basement as soon as my Dad unlocked the door.  Each time my brother and I stepped into the house it always reeked of beer, but this didn’t stop my brother and me from running around, exploring every inch of the house.  During our time inside the fraternity, my Dad would say any money we found on the ground was ours to keep!  It was because of this we would always return home with bulging pockets smelling of beer and jingling of change.  At the time all I knew was that this was a house that my Dad used to live in during college.  We would always go and look at his school picture in Pike’s archives and he would talk of his years in that house.  It was my first exposure to UNH and it was through my Dad’s eyes – from then on my connection with UNH only grew.

My next memory of UNH was homecoming and it only deepened my attachment to the school.  Being alumni, my parents would return to the annual homecoming football game.  This day would start off by meeting old friends, tailgating, burgers, stories, and, of course, some adult beverages. This was followed by a live college football game filled with screaming college kids.  I loved seeing my parents talk with old friends about old times and afterward I would always wonder what it would have been like to see who they were back in college.

Over the years, I would continue to travel the now familiar 15-minute drive to campus for various reasons, but by far my favorite was UNH hockey games.  As a family we would go out to dinner before the game at Wildcat Pizza and then make the short trek to The Whittemore Center Arena, which was already overflowing with students.  At the game I would scream along with the students, united against our opponent even though I didn’t understand half of the cheers.  The Athletics were definitely a factor for me deciding to attend UNH.  While games are fun and exciting, the real reason was that it represented an old family tradition and gave me exciting childhood memories!

Across the street from the Whit is Lundholm Gymnasium, which has provided me with some fantastic memories, most involving basketball.  I attended the UNH basketball camp as a kid and I would look on in awe as actual college athletes would dunk, dribble and shoot right in front of me…  In high school, while playing for our school basketball team, I played 3 semifinals games and two championships games, one of which we won on this very basketball court. Winning a championship was the final accomplishment of my senior year of High School and for me it was also the first memory of UNH since it was won inside Lundholm.  Each time I walk into that gym I will always smile, looking at the bench where I sat with my team, the bleachers that were packed with cheering classmates, and looking at the court where I officially ended my high school sports career.  This gym represents more than just a game, but the end of one chapter of my life and the start of a new beginning as a UNH Wildcat.

Lastly, when learning to drive, my mom directed me to the UNH campus to get some driving hours.  We drove through campus and she showed me her dorm, where she ate, studied, and worked.  Mom told stories of all four years attending this beautiful university.  I know this school is not very far away from where I live, some friends even saying I should go further away, but it was campus moments with my mom and dad that led me to stay right here! Some may think I chose UNH because of financial reasons, or the great new Paul College of Business & Economics, but now you know the real reasons.  UNH represents something to me more than just brick and mortar.  This school has memories in it from my childhood, including successes and failures, adventures, and new experiences.  I’ve been a part of this school since I was running through Pike with my Dad when I was little and now a part of it by running to Durham House of Pizza late at night.  Having both of my parents as alumni and through all the stories I’ve heard, I feel a part of something larger than myself.  This school is not just my school, it’s the school where my family went and I take comfort in that.  UNH represents my future, but also has strong ties to my past and to my parents and if I could turn out anything like them, well, I’ll call that a win.