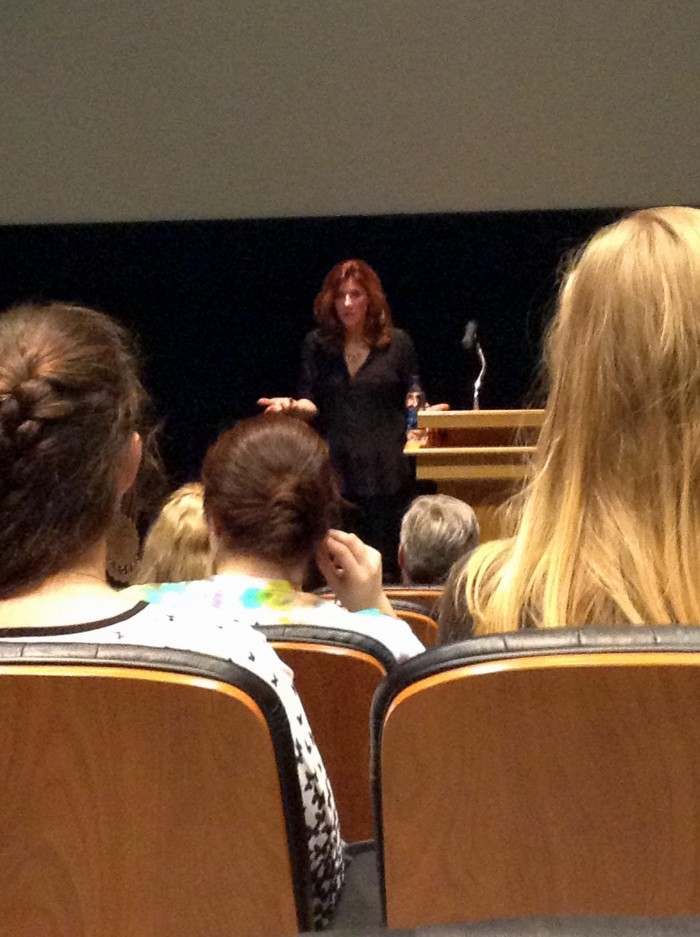 Being an English major, I always love getting the opportunity to hear a professional writer speak. Each year the UNH English Department has a writers series and this past Thursday, author Elissa Schappell was the first guest.

When I first found out that she was coming I began to do my research on her, quickly finding out that she seemed like the type of author that I would be interested in. Her most recent novel, Blueprints for Building Better Girls, is a series of interconnected stories about different women finding their way through life and it is Book of the Year for O magazine, Wall Street Journal, Boston Globe, and San Francisco Chronicle, and Editor’s Choice for The New York Times and Chicago Tribune. The good reviews, along with the fact that it was supposed to be very funny, made me want to buy it and it also made me want to hear Elissa speak.

The event was held in MUB theater one and Elissa drew a decent sized crowd. She was introduced by a UNH student and then said a short hello before doing a reading. She read a chapter from Blueprints for Building Better Girls and not only was the content funny, but Elissa was as well. She was loud and vivacious as she read the fast and witty dialogue, as well as the inner thoughts of the characters. She became animated as each character came to life before the audience.

Once she done the reading, she started to talk to the audience, answering questions and giving advice. The humor that was seen in her characters was evident in Elissa too as she spoke sarcastically and a little vulgarly. As an aspiring novelist, I was grateful to hear everything she had to say. My favorite was when someone asked her how she finds time to write and she responded, “It has to be your job, and jobs have hours. If you don’t show up to work, you’re screwed.”

After the hour long event, the audience filed out of the theater and into the lobby where we were able to buy her book and have her sign it. Being able to talk with her one on one for a couple of minutes was great and she was very willing to offer advice when I told her that I want to write a book. Also, as a little bit of inspiration she wrote in my book, “Be the trouble you want to see in the world.”

It was a great opportunity to meet Elissa and I think that all UNH English majors, or students of any major for that matter, should take advantage of the chance to meet the guests in the writers series. Throughout the rest of the year UNH will be bringing five more writers, all of whom would be worth hearing.