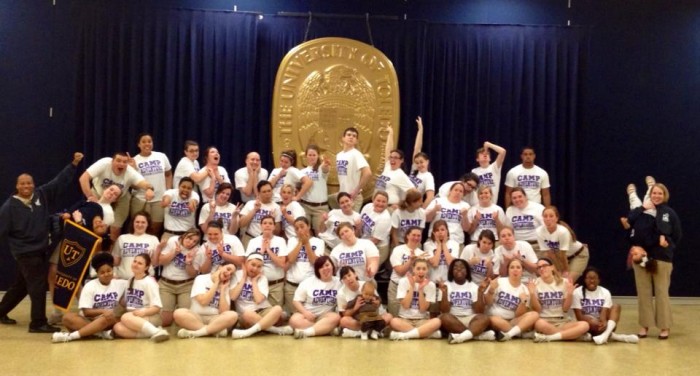 Now I’m not quite sure how things work at UNH for the Study Away program, but at The University of Toledo we have a department called the Center for International Students and Programs (CISP for short) that umbrellas all programs for students who wish to travel.

I started there for a different program called Camp Adventure (which if anyone comes to Toledo needs to look into- it’s the best thing) which is a program that trains you to be a camp counselor for military children. I was bit by the travel when I was a wee little thing. And after traveling to New Orleans with Camp Adventure, I looked for other ways to see different places. National Student Exchange provided me a cool alternative to many of the expensive options.

I applied for the program and the program coordinator at Toledo suggested that we have about 5 or 6 schools in mind. I knew I wanted the eastern seaboard, but I didn’t care whether it was north or south. The coordinator suggested UNH (apparently she knew your NSE coordinator really well) and I figured why the hell not? So, New Hampshire came to the top of my list. I got accepted and with a crap ton of paperwork that was about it! I really didn’t have a concrete reason for choosing UNH, I was kind of just flying by the seat of my pants and so far it’s all worked out.

Even though I’m not leaving the US, I know for a fact that it’s going to be full of different experiences…

First of all, Hockey. I’m pretty sure all of ya’ll in New Hampshire don’t quite understand how you look from the outside. In Ohio, we have Ohio State football. You have the occasional Reds or Indians baseball fan. But really you just have the Scarlet and Grey. I also grew up in the wrestling culture so during winters that’s all I watched (sorry basketball fans but your sport is boring to me). I can count the number of hockey games I have been to on one hand. As for you guys, I follow UNH’s Twitter and Instagram, and your game against UMich blew up my news feeds. Seriously the game hadn’t even started and there were half a dozen pictures and at least twice that amount of tweets about the game. And your football season was still going on. That would not happen in Ohio. It just wouldn’t. So please don’t throw me into a mob if all I know about hockey is that when it gets into the net a point is scored. Slowly, but surely I will learn I’m sure.

Second, UNH has a very wide arrangement of classes. One of the forms you have to fill out is all the classes you want to take at the host school (for me, UNH) and what their equivalents would be at your home school (UT). I was looking through your course list and saw your Scuba class and I was like, hell yeah that’s going on my list! The dean of my college (who figured out the equivalent credits) didn’t even believe me that that was even a valid course. Only when I showed her on your website did she begin to believe me. And obviously Toledo did not have anything similar to that in terms of our classes, so she had to create a course at UT for me to receive credit. And not only do you have scuba, you have freaking sailing, rock climbing, kayaking, and a bunch of other outdoor classes that I can’t remember. (Sadly, I am not taking Scuba but still, that is a sweet option)

Thirdly, when people hear I’m moving to New Hampshire in January their jaws just drop. Yes I realize I’m probably a little crazy to move to New England in the dead of winter, but I also moved to Louisiana in May and stayed the whole summer. Obviously I’m not the brightest crayon in the box. But I come from Ohio, where in the same week we can go from 65 and sunny to snow. This has happened on many occasions. At least in New Hampshire, when it gets cold it stays cold (from what I understand). But don’t worry, I did purchase a knee length down parka, fur lined Sorel boots and Uggs. I think I might be able to survive the winter without too much frost bite.

I’m not sure if this counts as a fourthly, but I knew I was going to do OK at UNH when I found out that your homecoming theme was Harry Potter. Yes I am Potthead (and if you can’t tell, a nerd) and that had to be one of the coolest things. Toledo’s was “Rocket to the Moon.” LAME.

Our Mascot, Rocky, standing next to the Rocket donated to UT by the US Army which is right outside our football stadium

There a bunch of other things that are different between UNH and UT, but I’m drawing a blank right now. And I have a whole semester to prattle on. So until next time!

P.S. I don’t think you realize how hard it is for me not to swear. And I only had to catch myself a few times while writing this. I’m pretty proud of myself.