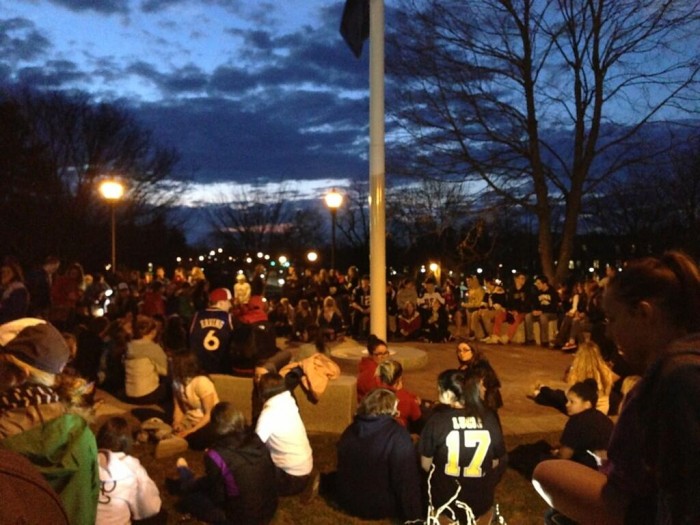 On Monday, April 15th, a tragic event struck the city of Boston during the annual Boston Marathon race. People from all over the country were devastated by the effects of the bombings—killing three people and injuring many more. Students at UNH decided to hold a vigil near Thompson Hall lawn by the flag pole which was at half staff in respect for the victims. This was occurred last evening in which over 1,000 students were present at the event wearing either Boston attire, or red, white, and blue. We all received small candles to light during the ceremony. Alabaster Blue, an student A Capella group at UNH, sang the National Anthem, and the event organizers recited well-written speeches, concluding with a two-minute moment of silence.

Many UNH students, as well as numerous people throughout the country and the world were affected by the bombings in Boston. Since UNH is not too far away, many students, myself included, are from Massachusetts. I know many college students, friends, and family who were near the race. Fortunately, they’re all fine, but sadly, there are many people who know someone injured or killed that day. Although many of the students and faculty are from Massachusetts, those who are not still showed their support for this horrific tragedy. Attending the vigil held on Tuesday night and seeing the high attendance rate proves that the UNH community is a family.