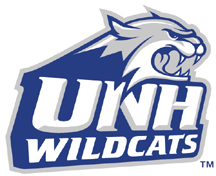 The energy at the Whittemore Center Saturday night for the UNH vs. Acadia men’s hockey game was so intense it was almost palpable. Families, students, and alumni packed the Whitt to watch the Wildcats 6-3 victory over Acadia. Hearing and seeing the student section cheering for the first time since March gave me the chills… especially when the students started jumping up and down for the “I believe in UNH” cheer which hands down, is my favorite cheer. Watching the Wildcats out on the ice, looking sharp in their navy blue and white made me so excited for this upcoming hockey season!

The next home game features a double header against the University of Michigan’s Wolverines, which will take place October 18th and 19th. The September 30th USCHO.com poll of D-1 men’s hockey teams currently has UNH ranked 13th while UMich is tied for 11th place. Because these teams are closely ranked to one another, I anticipate these games to be very exciting!

I’m also excited because the UNH social media team has paired up with the UMichigan social media team and together we’re having a social media contest in lieu of the upcoming games. #UNHSocial & #UMSocial have even created a website for the event! Basically throughout the games, we’ll be tracking who gets the most Tweets, Vines, and Instagrams! The most important thing is that the posts we’re counting have to include the hashtags, #UMichvsUNH and #GoWildcats!

Not only am I rooting for the Wildcats to destroy the Wolverines on the ice, but I’m also rooting for you guys, the UNH Students, to help us out-tweet, out-vine, and out-photograph UMichigan! We may have the home ice advantage, but I have no doubt that the Michigan Wolverines will be tweeting and Instagramming up a storm! Let’s make this a clean sweep Wildcats!

Don’t forget to pick up your hockey tickets starting October 14th! If you don’t get a ticket, you can still help us win by watching the games on WBIN-TV or FOX College Sports or by listening to the Wildcat Sports Network radio or WUNH while tweeting along! Help us win by tagging all Tweets/Instagrams/Vines with the hashtags #UMichvsUNH and #GoWildcats and maybe, just maybe, the students who post the most will walk away with #UNHSocial t-shirts!

Visit UMichvsUNH.com to see your tweets and photos live!

Newer PostWhat it means to be “On Duty”
Older PostUNH Hockey Is Back!