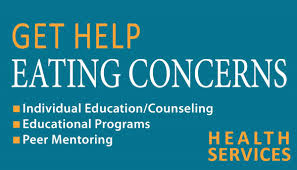 The Body Monologues is an event put on through Health Services and the UNH eating concern mentors as part of Love Your Body Week. It’s one of the many events put on to help promote positive body image and raise awareness about eating concerns around campus. On Wednesday Oct 29, 2014, several brave women stood in front of a packed Strafford Room in the MUB and read different monologues regarding eating disorders and body image. Some of these women wrote their own monologues while others read moving monologues written by someone else. Either way, the whole room was silent and in awe at these women and their bravery.

This event is so important, especially in a college setting. According to the National Association of Anorexia Nervosa and Associated Disorders website, “25 percent of college-aged women engage in bingeing and purging as a weight-management technique.” Of course, eating disorders do not only afflict women – men, too suffer from eating disorders and disordered eating. Eating disorders know no gender; no age; no sexual orientation; no religion; and ultimately, eating disorders know no walk of life. Anyone can be suffering from an eating disorder. That is why it is so important to have events like the Body Monologues. Events such as this bring awareness to a topic not often talked about because people don’t know what to say. However, reminding those with eating disorders that they are not alone is imperative. Junior nutrition and dietetics major at UNH, Briana Bruinooge, who was one of the actresses in the Body Monologues, says, “Being involved in such an important topic such as body concerns and eating disorders has brought so much insight to what people struggle through. I think it’s an important topic that shouldn’t be overlooked and needs to be better understood to help people.”

If I could, I would make this event mandatory for students. It’s so important, as I have mentioned, to remind those suffering they are not alone and that they are beautiful just because they are themselves. You are not your eating disorder, and you are capable of beating all the negative thoughts in your head. It takes work and a lot of strength but with events such as the Body Monologues, we are one step closer to creating a world without eating disorders.

If you or anyone you know is suffering from an eating disorder or eating concerns in general, please get you or them help. We have so many wonderful resources on campus such as: