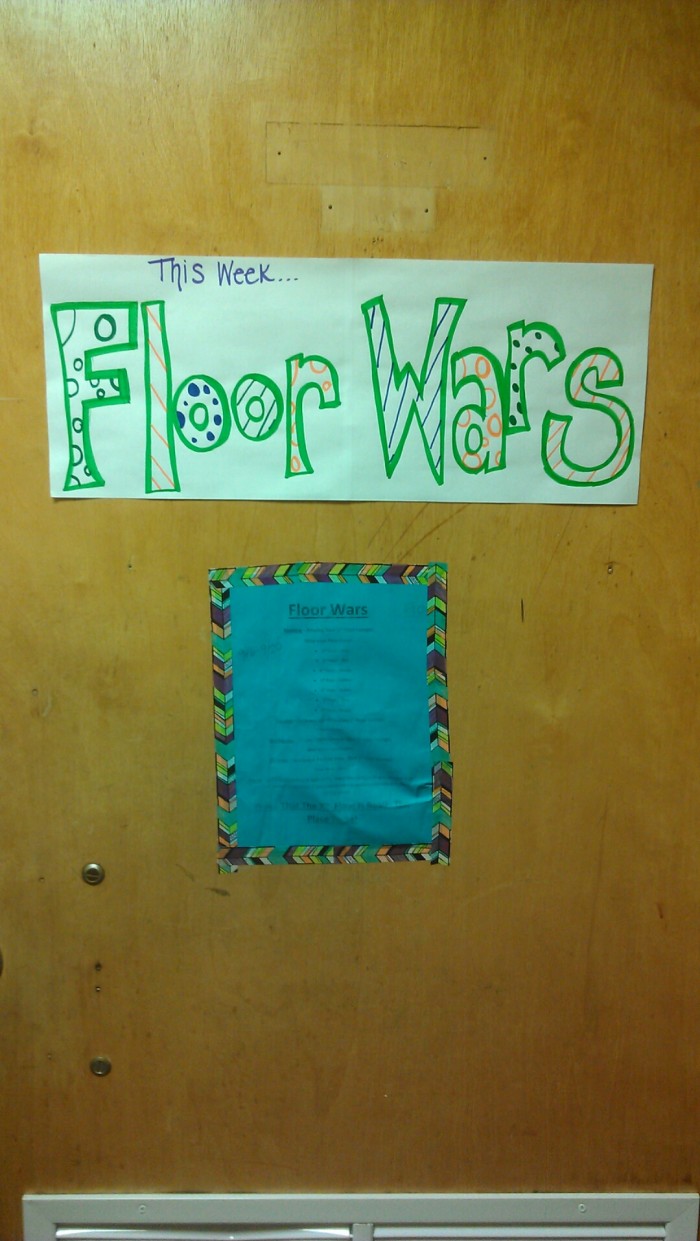 Being that my sister just graduated UNH in May, the words ‘Floor Wars’ isn’t unheard of to me. True, I was familiar with the term, and I knew my sister had a load of fun with the activity. In all honesty, I had know idea what it entailed. I mean, hence the name, I figured out that all the floors in a dorm hall were in some sort of war. When I started at UNH I heard the term again in a friends dorm hall again and thought to myself ‘this had to be in my dorm hall soon…’

Soon enough all the walls were covered with fliers about the floor wars: themes for every night. Monday was the ‘amazing race’, Tuesday was RA scavenger hunt, then Wednesday which was a frozen tee-shirt a contest, Thursday was a newspaper fashion show, and last but not least was Friday’s sex trivia. The games all seemed random, at best, but interesting. Out of curiosity I poked my head in on the second night, thinking attendance was low and these games weren’t really of interest. As it turns out, hoards of people from each floor flooded the first floor lounge, waiting to be tallied in attendance for points. One point for each person, two if they are wearing the ‘outfit’ of the night; neon shirts, UNH attire, ect. Still, the crowds cheered for their floors victory and jeered at other floor’s low attendance. It was roaring. Though it was RA scavenger hunt where one may very well have to run up eight flights of stairs looking for an RA, every one was in on the game.

Truly, I assumed Floor Wars was another type of social, which it was, but it would also consist of very low attendance. I was taken aback by everyone’s excitement to participate and win the floor wars. The prize, by the way, is pizza for the whole floor (and bragging rights.) So when you first start your years at UNH, join in the fun of floor wars. Its always fun, and you’ll find out who else lives near you, and its roughly only a half hour!