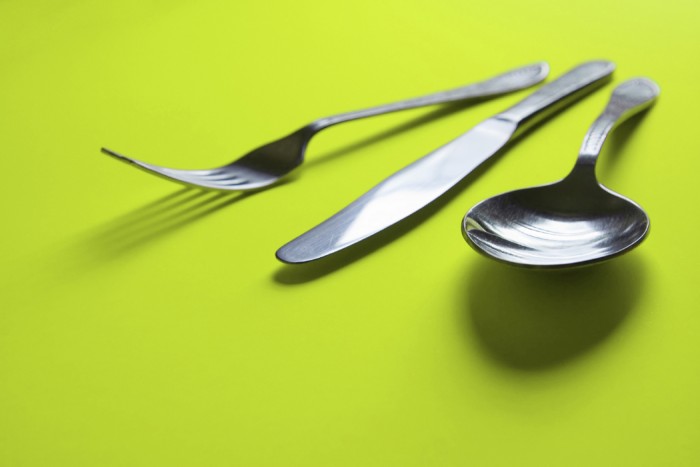 You should know how to cook a little. You know it, I know it, and a future-someone who has a crush on you is hoping for it. But for whatever reason, you do not. Maybe a parent did all the cooking when you lived at home. Maybe you lived on carrot sticks and Cheez-Its, and you’re only just now realizing that that’s how they spell Cheez-Its, which means you ate something called a Cheez.  It’s not too late, however,  learn a couple things about cooking so that you can limit your Cheez intake.

Now, learning how to cook a little doesn’t mean you need to be Anthony Bourdain, or Julia Child, or that rat from Ratatouille, or Yotam Ottolenghi (whose foods are, like, the most beautiful things I’ve ever seen). No: all it means is, you know enough that when you ask yourself, “What could I make for dinner tonight,” you get ideas—and not ones that involve delivery.

To that end, I have some advice. Why should you listen to me? Do I have my own TV show, or have I cooked professionally, or have I been doing it all my life, or do I write a food blog? No, no, no, and not until right now. What I have going for me is, well, that I’m a graduate student: cooking costs less than eating out, so I do it a lot. This series on cooking, which will go on for approximately however long I feel like it, is intended to make the kitchen feel more less scary—even kind of pleasant. Its goal will not be recipes, but concepts that are widely adaptable: stuff you can put to use for almost any meal.

Without further ado, then: reason #1 why the kitchen doesn’t have to be a scary place: olive oil, garlic, salt, and pepper.

…we use a lot of olive oil in my house. You’ll be fine with something much smaller.

They’ll get you a long way. They’re easy to use, relatively inexpensive (though craft olive oils can get pretty exorbitant), and incredibly adaptable. They also play well with others: they like basil, vinegar, lemon juice, rosemary, thyme, and so on. Whenever I try out a brand new food, I often make it using olive oil, garlic, salt, and pepper.

But let’s not get ahead of ourselves. How do you use them, and what do you use them for that you already know you like, are the questions. First things first, then:

Really the only prep work is chopping garlic. If you’ve never worked with garlic before—and if you’re reading this, I’m not going to assume that you have—there are a couple things it might help to know. First, garlic:

…is made up of cloves:

…and those cloves are covered in a skin that you’ll want to remove. The best way to do that is to chop off the ends of each clove:

…and then peel away the skin:

Then, you chop up the cloves. You can also crush them beneath the tines of a fork:

The rule is, the more powerful you want the garlic to taste, the more you should break it up. For example, if you were to just throw in a whole clove, you’d end up with a milder flavor than if you chopped it into tiny pieces (mince it). And if you want it to be really potent, you could buy a microplane grater.

Okay, But So What Do I DO with It?

So many things! Let’s start with potatoes, because what college student doesn’t love potatoes? Here’s the procedure (and this is pretty much how everything else on this list works, too).

First, prepare your garlic (like above). Then, cut up your potatoes. (Now seems like a good time to mention that you this’ll work for any potato: russet, Yukon gold, even sweet.) Pick a shape you like, but also keep in mind that the smaller you cut them, the quicker they’ll cook through.

Next, warm up the pan. You can do this over medium high heat for a minute or so. A good way to test if the pan is warm is to flick water at it and see if it sizzles. You don’t technically have to warm up the pan before you add the oil, but for a number of reasons that you don’t need to care about right now, it’s a good habit to get into.

Then, add your olive oil. The amount depends on what you’re cooking and how much, but a place to begin is just enough to coat the bottom of the pan. This might mean tilting it around to get it spread out:

This is actually kind of a lot–but I like olive oil.

Now things get a little complicated. I recommend adding garlic, salt, and pepper in layers—meaning a little at a time throughout the cooking process. Here’s about how much I use per “layer”:

Some people will tell you to only add black pepper at the end, by the way, since it’s very sensitive to heat and might turn bitter if you add it early. Others will tell you that it melts into the food and adds flavor. I recommend trying it both ways and deciding what you like.

You’ll want to stir or toss your potatoes while they cook. You don’t need to hover over them constantly, but keep the heat between medium and medium high, and pay attention to them. You should also be tasting regularly; get used to finding out what food tastes like when it’s not done, almost done, done, and maybe even a little over done. Here are some things to look out for:

Just starting to turn a nice golden brown on the outside.

A good-sized potato takes 20-30 minutes to cook on the stove (depending on how crispy you like it).

You can also do this in the oven: cook them at 375o for 30-ish minutes, stirring and layering on garlic, salt, and pepper a couple times throughout. (Obviously if you want them crispier, let them go longer!) And at the end, you can add Parmesan cheese for garlic parm fries, if that’s something you’re into.

Don’t judge me for only having one size baking sheet.

How do you know when they’re done? Eat one. Did you enjoy it? Then it’s done!

But garlic, olive oil, salt, and pepper aren’t just for potatoes. You can sauté or roast pretty much any kind of vegetable. Here I’m doing Brussels sprouts (which if you haven’t had roasted with oil, garlic, salt, and pepper… what are you doing with your life, honestly? DISCOVER THIS FOOD):

Not quite done yet, but soon…NOM NOM NOM

You can also do summer squash, eggplant, asparagus, and even—hear me out—kale. Now, maybe you don’t like kale. Maybe you’re even resentful of other people who like kale. But if you toss kale in garlic, olive oil, salt and pepper, and stick it in the oven at 375-ish, mixing every so often, it’ll eventually become crunchy, salty, delicious kale chips, and the only people I know who don’t like kale chips also like to trip puppies. Okay, that’s not true, but at least give it a shot.

And yes, in case you’re wondering, you can do meat and fish with olive oil, garlic, salt, and pepper. Here I’m sauteing (which for our purposes really just means “COOK ON STOVE AT MEDIUM HIGH HEAT”) chicken breast, peppers, onions, and tomatoes (which you should add at the end, because they’re fragile):

Then you toss it with pasta and you use your fork both to eat it and to beat back your roommates.

And last but not least, these four things make a delicious dipping sauce for bread (by the way, studies I made up for the purpose of this blog show that eating bread and olive oil make you fancy):

Don’t hate on my plate.

So there you have it: the miraculous olive oil, garlic, salt, and pepper. Now go forth and be not #basic in thine kitchen!

If you want to learn more about cooking, read NOURISH Nutrition Peer Education’s column every Friday in The New Hampshire.