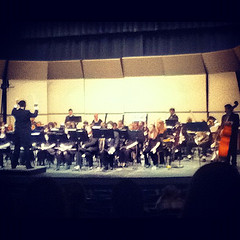 I woke up yesterday morning like I do every Sunday this time of year: with an overwhelming sensation of giddiness and excitement, and a thin-line of dried-out drool caked alongside my mouth. My hair was a mess, my feet were cold, and I had managed to wind up with my head at the foot of my bed (again), but IT WAS FOOTBALL DAY, and that was enough reason to pry me out from within the warm cocoon of blankets and pillows.

After showering and doing my best to use as little energy as possible to clean myself, I crept over to HoCo and proceeded to shovel as much food into my stomach as I could. After all, a day of football-binging was about to begin, and I needed to store up energy to prepare for my grid-iron hibernation. The 1 o’clock games started, the TV was primed for action, and the chips and salsa were abundant. Fox was showing the New York Jets on the road against the St Louis Rams, and CBS with the 9-1 Atlanta Falcons hosting the Arizona Cardinals. The former game was a bore, but the latter proved to have “shocking upset” written all over it, as Arizona jumped out to an early lead.

Don’t worry; this isn’t going to turn into a “look what happened during my day of obsessive football-watching” story. Because, soon after the first half came to a close, I had an epiphany: I actually have responsibilities today. I had forgotten that, at 3:00 pm, the UNH Wind Symphony would be playing in Johnson Theater in the Paul Creative Arts Building. And it was 2:55. So, I dried the tears from my eyes and tore myself away from the television set and dashed my way across campus for the mandatory, class-assigned musical performance. Football would have to wait.

The musically-inclined readers, at this point, are no doubt saying “Great choice, Aidan! Our conductor, Andrew Boysen, is a master at his craft.” Meanwhile, the avid sports-fans are surely booing and heckling at their computer screens, claiming I have a responsibility as a football-junkie to throw aside all other duties. However, as always, academics must come first. After all, this is far too expensive of an experience to toss away for ONE football game. Besides, watching the Rams and the Jets is painful – they’re atrociously bad. And the Falcons were simply too good to lose to the Cardinals. So I didn’t miss much…

The performance got underway, and I suddenly realized an all-too familiar song erupting from the dozens of flutes, violins, drums, and horns: IT’S STAR WARS! Turns out, they had planned on doing a John Williams (composer from the Star Wars movies) inspired concert, and were, at the moment, thoroughly pleasing every single Star Wars junkie in attendance.

Needless to say, I was pretty content with missing out on football, especially once the concert reached its climactic crescendo, as trumpets blared out the famous theme from the opening credits. Chills crept up my spine as the symphony received a raucous standing ovation. I took attendance with my professor and hurriedly checked my phone for the time. It was 4:30. I had just barely missed the kickoff of the Patriots game, but by the time I got back to my room, they had just finished scoring twice in 60 seconds, and were padding a 21-14 lead. Much like Darth Vader and the Empire, they never looked back, and wound up trouncing the Colts 59-24.

There is no resounding moral of the story. No message to take away. Or a lesson to learn. Except maybe students should broaden their field of interests. Initially, I felt nothing but dread at the sheer thought of missing an afternoon of football, but I ended up loving the experience. In the end, the cosmos righted themselves once more, the Patriots won, and I once again crawled into my warm cocoon to prepare for another week of football-anticipation (and some school, too, obviously).