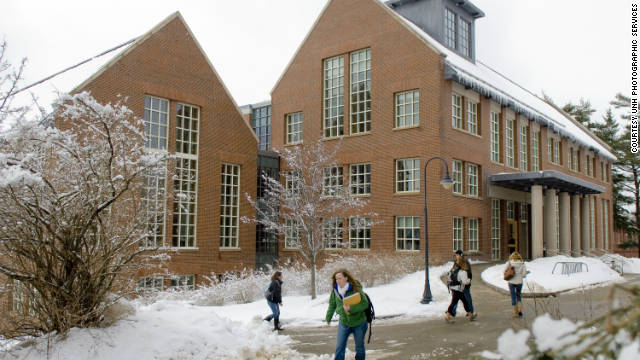 When I was in the fourth grade, I had a teacher who can only be described as one of the most truly wonderful people to ever step foot on planet Earth. Her name was Mrs. Paul, she had a guitar named George and a piano named Penelope, and I don’t think she had an ounce of meanness in her whole body. She just had a way of helping students to enhance their strengths and better their weaknesses, and she always found something to love in every student. After that year, I decided that I wanted to become a teacher just like Mrs. Paul so more students would have the chance to have an equally wonderful classroom experience.

Ten years later, I still have that same dream. Unlike some of my friends, I came to college knowing exactly what I wanted to do once I left. I’ve spent the last three and a half years taking education classes, completing internship after internship at the CSDC and various elementary schools, working long hours subbing over breaks, running summer camps and teaching swim lessons, and crying while I studied for the GREs (which I will probably do again while I study for the MTELs). I was ecstatic when I found out I was accepted into the Accelerated Master’s Program last spring, because grad school was the final step I needed to take before applying for jobs and beginning my career as a teacher in my own classroom.

It hasn’t been easy going to class with the added pressure of having each one count for double the credit (four credits towards my bachelor’s, four towards my master’s). It also hasn’t been easy to find time in between doing my schoolwork, going to my job, having a social life, and just sitting down to breathe to visit potential cooperating teachers for next year. I was worried about finding someone that I really clicked with, and the whole process felt like what I imagine speed dating to be like. There were some teachers I knew wouldn’t be a right fit immediately after meeting them in person, and there were some that wouldn’t give me the time of day when I wanted more than anything for them to see all that I had to offer.

Then it happened. At one of the intern breakfasts, a teacher walked up to me, introduced herself, and said she was very interested in meeting me after reading my resume. One of my education professors had told me about her, and I was elated that she liked my resume. We chatted briefly, and I went on a visit to her classroom the following Monday. I immediately felt like I belonged there and instantly felt a connection with the teacher. I still went on visits to other classrooms, but there was no denying that I had already found my teaching soul mate. After a few more visits, I finally told the teacher that she was my top choice for a cooperating teacher, and when she told me I was her top choice as well, it felt like I was a contestant on “The Bachelor” and I had been given a final rose. While I’m glad my speed dating days are over, I could not be happier with the results.

Newer PostSpring Break on the Trail
Older PostBack to the Future