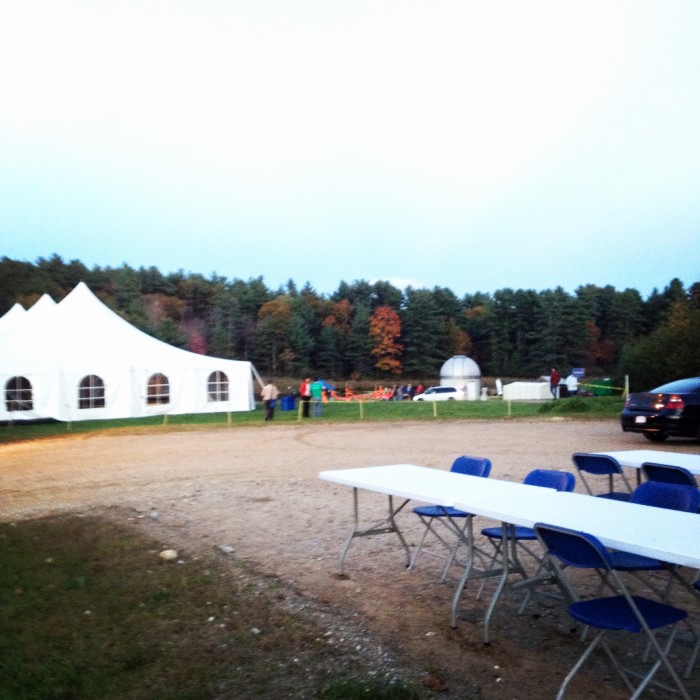 Why Go to the Astronomy Festival 2014?

As a student in the College of Liberal Arts, I don’t tend to attend science-orientated events. However, through my internship at #UNHSocial Team I was given the opportunity to go and check out the New England Fall Astronomy Festival – commonly known as N.E.F.A.F. I must say, I learned a lot and met a lot of people that had I not gone to N.E.F.A.F. Every year, N.E.F.A.F. is held at the UNH Observatory, which is a great space on the West Side of campus that I had yet to see – and I’m a junior, so it was long overdue.

N.E.F.A.F. is held over the course of two days, beginning Friday night and going well into the Saturday night. The night (Friday, October 17, 2014) began with an amazing keynote speaker –Dr. Carolyn Porco, an Imaging Science Team Leader for NASA’s Cassini mission to Saturn. It was amazing to hear Dr. Porco speak of all she has accomplished. First off, since I am not in many science courses, I do not get to hear many of these sorts of talks. Also, as a young professional woman it was really fascinating to listen to such a well accomplished and respected professional, who is also a woman. Hearing Dr. Porco speak of her successes and her experiences in life was inspiring for everyone in attendance, and was apparent. The rest of the night followed by looking at the sky via telescope. Around 300 people showed this night, which was a huge success for the organization.

The next day, despite the dreary weather, the turn out was just as great. Families and astronomy lovers alike showed up to hear a series of speakers, as well as participate in arts and crafts centered on the subject of Astronomy. It was so cool to see so many kids as well as adults participate in such a great event. It proved that no matter the age, science can be pretty cool – there’s always something new to learn.  Overall, the event went well, despite the weather. UNH students and community members got to experience a great day full of science!