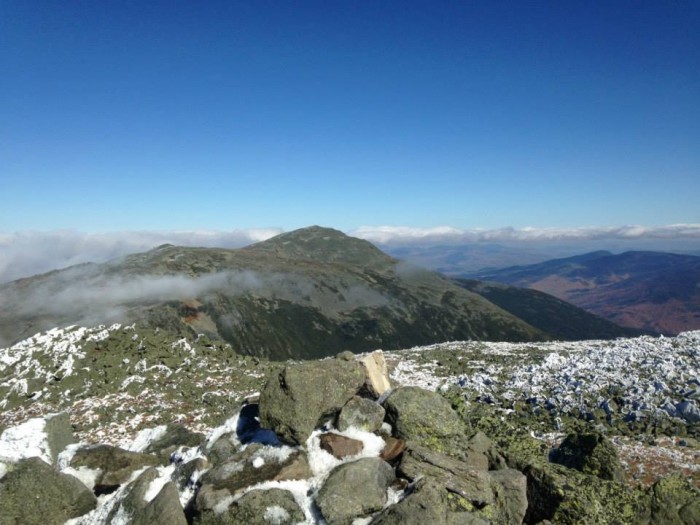 Fall is the best time of year to go on a New England adventure.

If you’re reading this, you probably live in New England or are curious about it. Maybe you’ve lived here for a while, or maybe you’re a recent transplant — either way, if you haven’t explored the region, you should know that according to rigorous scientific testing, fall is the best time of year to go on a New England adventure. And by “rigorous scientific testing,” I mean, “in my opinion.”

Regardless of which season you like most, there are good reasons to go adventuring. First, it’s a great way to disrupt your life’s routine if you’re feeling stuck or stressed. What makes an adventure an adventure is it takes you somewhere new to do something you normally wouldn’t.

Second, traveling with friends — which is much easier to do if you go somewhere close — can help you build relationships. Seeing your friends in new places and trying new things helps you see different dimensions of their personalities which, in turn, brings up conversations you might never have had before. This might sound like a little thing, but it certainly contributes to building quality relationships.

Third, if  “eat local” is a thing, it seems to me that “travel local” should be, too. Traveling locally keeps your money local, it has a lower carbon footprint and it is often delicious. Traveling locally is also about getting to know and understand the place you live: its resources, people and traditions. This is, of course, something we value as UNHers and as New Englanders.

So, get your friends, old or new, into a car — preferably one that belongs to one of you — and go on an adventure! Here are a few ideas for some local trips.

Portland, which is just an hour north of Durham, has an incredible restaurant scene. The high-profile places like Duck Fat (a panini place where the fries are fried in duck fat) and Otto’s Pizza (try the “Masher”: mashed potatoes, bacon and scallions) are borderline life-changing. And then there are places like Schulte & Herr, which only has, like, six tables and serves really exceptionally legit German food. Portland also sits on Casco Bay, which is home to historic lighthouses and World War I-era forts. Easiest way to get there is to take I-95 north to I-295 north. You can also take the Amtrak Downeaster, which leaves from campus. Once you get to Portland, you’ll probably need to take a cab/Uber/bus to get downtown, but it is an otherwise absurdly pedestrian-friendly city.

In case you don’t feel like an all-day (or all-weekend) road trip, here’s a fun fact: New Hampshire has 13-miles of seashore, all of which is pretty close to us. It’s getting a little late in the year for sunbathing, but you can still walk on the beach. You might start at Odiorne Point State Park in Rye. Bonus: Jenness Beach in Rye is dog-friendly, and if you go on a weekend morning, you can witness a lot of romping and seagull chasing.

Just a kittle bit of Maine.

Another close, delightful New England destination is Kittery, Maine, which is just 20 minutes away by car. (Getting there by bus is possible, but it includes a fair amount of walking. Then again, maybe walking should be an important part of your life.) Once you get there, probably the first thing you should do is head to Lil’s Cafe downtown for one of their crullers. You might not know what a cruller is, but if you have ever enjoyed a baked good, then it is high time you found out. Kittery is also home to a number of outlets, including the adventurer’s mecca, the Kittery Trading Post. And Fort McClary State Park is a bit of a New England nature microcosm: There’s ocean, forest and, right in the middle of it, an historic fort that’s been in use since the American Revolution.

Probably the best pancakes anywhere, ever.

New England does breakfast right. I could write an entire piece on just New England breakfast joints that are not messing around. But the pancake place that is, in my opinion, messing around least of all is Polly’s Pancake Parlor in Sugar Hill, New Hampshire. I can’t describe it — you just have to try them yourself. The only challenge is, Sugar Hill is a two-hour drive on I-93 north, and if you get to Polly’s pretty much any time after 9 a.m., odds are there will be a 2-hour wait (or more!). What I’d suggest doing is, head up to the White Mountains, hike something fun (here’s a good place to begin if you’re planning a hike), camp, wake up early and head to Polly’s. Then eat all the pancakes. All of them.

Books you don’t need, in a place you can’t find…

…is the slogan for the Montague Book Mill in Montague, Massachusetts. This is one of my favorite places in New England, and not just because it’s full of old, weird books. There’s an adjacent café, The Lady Killegrew, where you can read said old weird books while eating one of their delicious sandwiches, sipping maple milk — which is exactly what it sounds like — and glancing up every so often to look at the Saw Mill River rushing past. Now, you probably don’t want to drive two hours just for this (though it’d probably be worth it), so while you’re in the area, you should check out Northampton, Massachusetts, which has to be high on the list of most eccentric towns in the country. Northampton is where the Ninja Turtles and the graham cracker were invented. One time I was in Northampton and a group of people in Imperial Stormtrooper costumes emerged from nowhere to create a flash mob to “Party Rock Anthem.” This was at 3 on a Tuesday afternoon. Also, the bread at the Hungry Ghost bakery should be considered a #lifehack.

If you’re looking for exploring buddies, consider going with Outdoor Adventures on one of their trips. I know it might be shocking — with a name like that — that they like to adventure. But they do. Also worth checking out: UNH’s Outing Club (must like hiking!).

Wherever you go, don’t forget to bring back jars of the best-tasting jams from any eccentric small-town general stores you encounter. I don’t know if that’s a New England tradition, but it’d be better if it were.