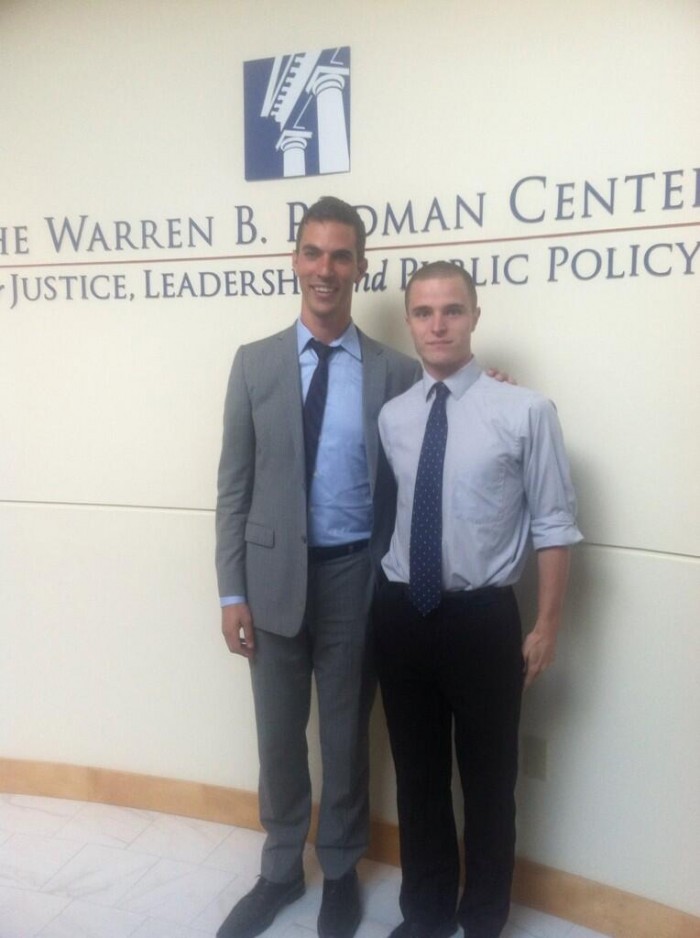 One of the biggest highlights of my semester – at least thus far – was only 10 minutes away from not happening. You see last Friday, Sept. 26, I was supposed to be out in front of Thompson Hall for a shuttle bus at 10:30 a.m.

Unfortunately for me, the night before was a production night for The New Hampshire – which meant a long night was had. After departing from MUB 156 at 2:30 a.m., I was glad to be able to have an early bedtime: 3 a.m.

Evidently, though, my body needed its beauty rest, as I slept in until 10:24 a.m. – just six minutes before my shuttle bus was set to depart. Fortunately for me, TNH’s executive editor, Susan Doucet, was managing this shuttle – which bought me an extra five minutes. In 10 minutes I was down in Thompson Hall, dressed in my (sort of) finest dress shirt and tie and was ready to go.

Just where, though, was I headed off to at such an early (for me, at least) hour?

Well that is where my story gets increasingly more interesting. You see, earlier in the week I was invited by Susan Doucet to attend a speaking event at the University of New Hampshire School of Law in Concord, N.H. The speaker? National Public Radio’s White House correspondent, Ari Shapiro.

My interest in this event was twofold: I got to return to the campus of UNH Law, a place that I was fortunate enough to spend time at this summer and, well, I got to see a national political reporter discuss a variety of the United States’s biggest past and ongoing issues. Plus, there was free food!

And you know what, I couldn’t ask for a better event.

Despite being extremely overdressed, my fellow UNH undergrads – and a whole lot of law students – were treated to fascinating stories from Shapiro on Mitt Romney’s president campaign (Shapiro covered Romney during the 2012 election), his thoughts on Syria, interesting anecdotes about his start in journalism (a Yale graduate, Shapiro applied to a variety of occupations as an English major out of college) and showed a wit and humor during the discussion that left me clamoring for more.

Unfortunately for us, Mr. Shapiro will be leaving the United States to start as NPR’s London correspondent in January 2014. Which means that my lunch with Ari, and the photo I was able to take with him, will be the memories that I have in this close encounter with a bright, young and soon-to-be international reporter.

And to think, I was a mere ten minutes away from missing out on this amazing encounter.