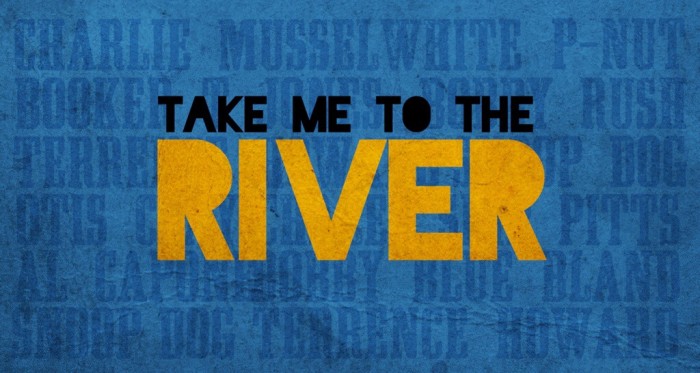 The following is an interview with Martin Shore, a 1982 alumnus from The University of New Hampshire and the director and producer of Take Me To The River. The film debuted at SxSW 2014, where we caught up with Mr. Shore just hours before his film was to be released.

The Wildcat: What were you doing after graduation?

Martin: First year I was playing music with Bo Diddley all around the world.

Martin: Fifth year was pretty much the same, not a big change, by that time I had started investing in real estate. Any extra money I had I invested in real estate.

Martin: Ten years, pretty much focused on making money and getting my foot in producing music, but music wasn’t the first thing I did when I got up and rolled out of bed. So real estate took focus for about a 5-year period. About the time I started at 35, then it switched back into making music for movies, producing artists, and then later producing major independent films as well as directing small videos and things like that.

The Wildcat: When did this film start to come together?

Martin: Four years to the day.

Martin: I cut the first deal that actually started the movie in the restaurant downstairs [The Austin Hilton, SxSW]. I cut the first deal with Booker T. and Mavis Staples and set those two sessions up right here in this hotel. So it’s full circle. Ands this project is benefiting Memphis musicians…

Martin: [the film] took a lot of patience – the biggest take-a-way for me in this process–I haven’t perfected it yet–but it’s to learn how to be more efficient. Have patience and power. Once you get into a directors role–and I had to learn this–now I understand completely what makes a good director and what your role is as a director–you have to take this laid back look, it’s the producer who trying to move things along and on schedule, on budget, the directors job is to really take a step back and be the audience all the time. Really try to keep experiencing it in that first time way so you can get the best product.

The Wildcat: Do you prefer directing now over producing?

The Wildcat: Do you still play the drums?

Martin: Yes, but not enough (laughter).

The Wildcat: What are you listening to right now?

Martin: I don’t seek a lot our – I have 5 kids so there playing stuff around me all the time and that’s enough. I’ll hear the visceral popular movement but I don’t delve deeper into the places I would go if I was to go on a 2 week vacation and clear myself you know, man, I would looking at all kinds of stuff – there’s a list of stuff. I love to hear current stuff, but I like to hear older artists too because they come from the soul – the older artists are not always about the moment there more about this big experience b/c they’ve lived it for a long time. That’s a deeper place and so I like listening to both.  And pop, you know, honestly, culture is you know, our time of the moment, so you have to stay current – the EDM (electronic dance music) craze is simply interesting from that standpoint, and the power.

The Wildcat: I look at your movie and you’ve got old school versus new school hip hop… we know how hip hop started…

Martin: The reality is Rap and Hip Hop is no different than what soul artists were singing about, and funk, and R&B, and all the rock n’ roll stuff that came up during the that time – it’s all about music on the streets and what’s going on and what’s really happening. You know when rap first came around in was true music of the streets, then it got to be a caricature of itself and it got to be cannibalized, you know… then it started getting back to those roots. what was really satisfying for this project was to have the legacy musicians collaborating with the stars of today but for them to have such mutual respect for what each other are doing and have done and it wasn’t about the differences it was about the commonality. To collaborate you have to cooperate and you have to communicate in a way where you’re in sync – together.

Martin: When you get to the source of it, it seamlessly comes together. It’s really amazing. When Al Capone met Booker T. they realized they grew up within the a few blocks of each other. They were doing the same things, just at different times. They didn’t know each other, they didn’t know anything about each other. Al Capone [to Booker T.] was like, “Where were you when I was growing up?” Because the heyday in Memphis had already gone into decline, so the Rap & Hip Hop movement that came out of Memphis helped birth the Atlanta scene, “the dirty south,” that whole rap movement that now lives in Atlanta came from Memphis but they didn’t have any mentors at that time to show them the way and that’s one of the things that Al [Capone] makes really clear when he meets Booker T. and so the song that they collaborated on, Al [Capone] wrote the lyrics right there–they had musically worked out some different ideas and arrangement, swapped some stuff back and forth and Al [Capone] was moved… (the lyrics were) about the conversation they had going over to the studio.

Martin: One of the biggest themes that really want people to take away is the idea of true mentorship. and it wasn’t just the legacy musicians to the younger musicians, it was equal and that is what made it work. I mean when Lil’ P-nut, a 9-year old rapper, walks in wrote his own rap and just kills it – probably one of the most professional guys in the entire film – a 9-year old. And the older guys were just so energized and enthused, you know, I had some of the old guard that were anti-rap — I invited to that session — And here comes Lil’ P-nut and he’s collaborating with Otis Clay and the room lights up, they’re now rap fans for life. That one moment crystalized everything that we were talking about…

Martin: The backwards and forwards of generations communicating, cooperating, and collaborating is just huge. and it’s a message that should not just be in music, it’s a message for our social issues, our political issues, our economic issues — [we need to] start talking to each other and communicating for real and cooperating and so we can collaborate and find common ground and do really big things.

The Wildcat: Explain the title of the film. I know it as a song by The Talking Heads, Take Me To The River…

Martin: It’s one of those titles that has nothing to do with what you would think it would have to do with – meaning it’s really a Syl Johnson song… AL Green sang it, then it was the Talking Heads breakout song, but the title of the film has nothing to do with the song. Essentially, if you were to ask me what is that you’re talking about, what am I talking about in the film – where is our musical roots? Where is the cultural jewel that Americans have given the world, where is that place of origin?  I would say, “Let me take you to the river. The river is the Mississippi River. The place is the Mississippi Delta and Memphis and I’m going to take you to the river. It’s like taking you to church. That’s really the idea. I’m taking you to the place of origin.

Are you attending the 2014 New Hampshire Film Festival in Portsmouth, NH October 16-19th? Take Me To The River shows twice! For full schedule, and to purchase tickets click here.