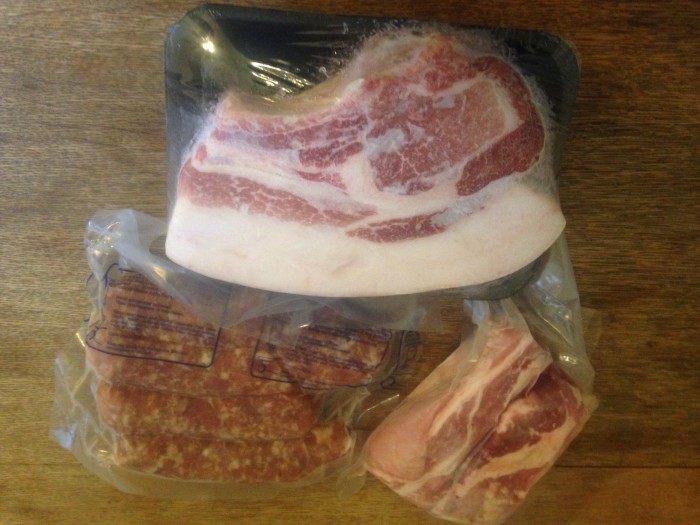 By now, you’ve probably heard somebody say, “Did you hear? They’re saying meat causes cancer.” Or maybe you saw this CNN headline: “If Meat Causes Cancer, What Can We Eat?” Or this one from the NBC: “Do I Have to Stop Eating Meat?” Or any of the dozens of other articles that reported about how the World Health Organization’s (WHO) cancer research agency classified processed meats as carcinogenic.

Part of being educated about health and healthy decisions is figuring out what to do when you hear about a major health pronouncement. In this case, for example, do you immediately become vegetarian? Do you ignore it because it sounds like a hippie-vegan conspiracy? Do you ignore it because you’ve been eating meat your whole life and feel fine so why stop? Do you panic and freak out because it seems like everything causes cancer and you don’t want to die?!

Hopefully not that last one. Hopefully not any of those, actually.  Today, we hear and read so much, and we are confronted with so many conflicting narratives, that it’s easy to feel helpless. Or, just as bad, it can lead us to make snap judgments without really understanding the issue. Understanding the issue, after all, can be challenging and tedious and maybe not possible when you consider how many different people are saying different things.

But there are some basic steps you can take to figure out what you should do in the face of major scientific and health-related claims.

To begin with, figure out who made the original claim and specifically what that claim was—because often both of these get mangled when you hear them secondhand. In this case, it’s the International Agency for Research on Cancer (the IARC), which is an arm of the WHO. The WHO, by the way, is an organization associated with the United Nations that supports and coordinates world health projects. We should at the very least take them seriously.

But another important aspect of who is that the IARC does not make recommendations about what you should and shouldn’t eat. According to Wired, the IARC “weighs the strength of scientific evidence” that something might cause cancer. What it doesn’t do is tell you how much your risk is increased as a result of eating or touching or being around that something.  That’s a really big deal. Because it means that even if both of these sentences are true:

…they are not true to the same degree. As the New York Times points out, smoking is many, many times more likely to cause cancer that eating meat.

Next, it’s helpful to define your terms. “Meat” encompasses a lot of foods. Does this mean all meat? Just cows? Fast-food grade meats? And while we’re at it, what about food that contains meat? Some ice creams are made with animal fat. Potato chips too.

The answer turns out to be no: not all meats. The IARC specifically named processed meats like bacon, hotdogs, and salami. More specifically, the issue is eating more than 50g (about 2-3 pieces of bacon) per day. (The IARC also said that red meat is probably carcinogenic too, though the evidence isn’t totally clear yet.)

But when it comes to food, numbers can be confusing. Is a person who is very active offsetting some of the risk of eating bacon? Is a person whose only food “vice” is bacon worse off than a vegetarian who lives primarily on muffins? What if you only eat bacon once a week, but then you eat 4 pieces? Are all bodies affected the same way when they eat 2-3 slices of bacon? Are all bacons created equal, or are there some that are better for you?

And there are even bigger “numbers”-related questions: the IARC study links eating too much meat with about 34,000 deaths per year. That’s about the same as the number of automobile deaths in the U.S. alone. If you’re going vegetarian because of this news, should you also stop driving?

If we’re going to be reasonable about this, we should acknowledge that risk can’t be the only reason we make decisions—except in cases where the risk is very high. (Like, skydiving without a parachute has a lot of the same perks as skydiving with a parachute, but there’s a reason parachuteless skydiving industry isn’t thriving).  Here are two other questions you might want to think about when you consider how much, or if, you want to eat a particular kind of food:

Where does it come from? It’s hard to understate the importance of being an informed consumer. You’ve probably heard plenty of horror stories about commercial feedlots—and if you haven’t, you should definitely find out how meat gets from an animal to your plate—but this question is relevant to everything we eat, not just meat. For example, consider quinoa, a grain often grouped with the healthiest foods you can eat. Quinoa is one of the few crops that can be grown in the Andes Mountains, and it has sustained generations of people living in Central and South America. But its popularity as a health food for people in places like the U.S. has driven its price up so much that many of those people can no longer afford it. Is that fair? Or more importantly, do you want to participate in that situation? Figuring out where you stand on quinoa, then, isn’t just about whether or not it’s good for you.

Do you like the way it tastes? We eat and drink a lot of things that aren’t great for us because we like the way they taste—and that’s a good thing. Because honestly, what sounds healthier: taking great pleasure in enjoying a piece of chocolate cake, or being terrified of eating a piece of cake because you think it’ll be the brick that collapses your Jenga Tower of Health and Fitness? That is to say, our relationship with food isn’t just numbers and risk-aversion. There’s a huge range of choices between eating no meat and eating only meat: you can decide that hot dogs aren’t worth it, but still have bacon on weekends. You can decide that you’ll only eat that ridiculously delicious farmer’s market bacon that may be expensive, but is Oh So Worth It. You can decide that one or two days a week, you’re going vegetarian. Who knows? Maybe you’ll discover how to make lentils taste good? (And please tell me when you find out.)

UNH happens to offer a number of resources to help you make good food choices. You can make an appointment with a nutrition counselor at UNH Health Services. You can also learn from your peers: the Nourish UNH peer educators program can visit your residence hall, classroom or student organization dorm to help you learn about eating well. And UNH’s Eating Concerns Mentors are trained UNH students who provide individual support to peers who don’t like their relationship with food.

Whatever you decide to do, it’s important to remember that being an informed consumer means, to state the obvious, making informed decisions about what you eat and buy. And that’s not just about being individually healthy; it’s also about participating in a healthy society.