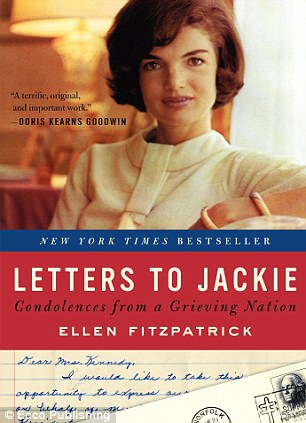 Last Wednesday I attended the Letters to Jackie: Letters from a Grieving Nation screening in the MUB. I arrived about ten minutes before the screening was set to begin, thinking that there wouldn’t be many people. I honestly hadn’t heard much about the event beforehand, like many students I’m sure. When I arrived there was a line of ticket holders waiting to get a seat. After about three minutes, I walked up to the back of the theatre to where the glow of my iPhone wouldn’t be too annoying to anyone since I live tweeted the whole event. Much to my surprise, the room was packed with maybe only one or two empty seats.

It seemed like representatives from the entire UNH community had come out to support Professor Fitzpatrick.

Once everyone was seated and the door was closed, a representative from COLA spoke and then the lights dimmed and the film began. The documentary, made up of old Kennedy family movies and home movies and pictures of some of the letter writers made up the visuals of the film. As interesting and entertaining as the film was, I was almost more interested in the reactions of the community members around me.

Being only 19, I’ve only read about JFK’s assignation in history textbooks. My parents weren’t even born when this tragedy happened. The woman sitting to my left had obviously been old enough to remember everything portrayed on the screen since she was constantly either weeping or smiling at the images on the screen. I would guess that she was maybe in her late fifties, early sixties and had some great admiration for the Kennedy family, like much of the audience.

After the film ended and the lights came up, Fitzpatrick and director Bill Couturie sat up front to take questions from the audience and receive feedback on the film. Based on what the crowd was saying, they obviously loved the film and were quite curious how Couturie was able to rope in a-list stars like Anne Hathaway, Betty White, Mark Ruffalo, and Channing Tatum (who was especially asked about by one woman: “… but isn’t Channing the HOTTEST thing in Hollywood right now?!”).

One of my favorite things about being a part of the #UNHSocial team is hearing more about events on campus that may otherwise fly under my radar. Events like this don’t get a lot of talk or posters. I believe I only saw one or two posters in Horton before hearing about this event through UNH social media. It’s events like these that remind me how many cool things happen on this campus and, although it may not be super advertised by the hosting organization or the MUB, a lot of them are worth attending. I mean, hey, I now get to say I met a Hollywood director!

You can see my tweets from that night by clicking here.