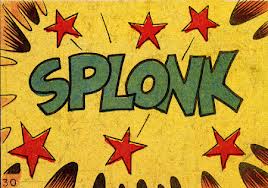 NOTE: The following is part five of fifteen weekly posts by Tom Spencer ’16. It is a creative writing short story broken up into 15 chapters. This story is fiction, which is the creation of a story from the author’s imagination, and is not based on real events or people, though it may reference real events or people.

There’s someone ahead of me in the doorway to Hawthorne with what is likely an enormous bag of alcohol. He’s squeezing the bag and angling himself through the door, but the bag’s snagged. Behind me, a student roles his eyes impatiently.

There’s a line gathering where bag guy clogged up the doorway. Something in the bag catches on the door frame, breaks quietly, and begins to leak. The guy hasn’t noticed yet. He finally gets through the door, followed by me. His eyes are wide in an effort to be casual, and he starts to walk upstairs.

“Hey buddy. You’re leaking.” I point to a trickle running from the back corner of the bag. He stops, and looks back.

“Oh um. Yeah, I like- slipped in a puddle outside. Totally ate it. Bag’s still wet.” He starts this donkey bray laugh. He’s hoping I’ll get off his case and let him deliver whatever’s in the bag.

“That’s not water.” The liquid is dark brown and it fizzes as it hits the ground. I can smell that it’s beer.

“Come on down, and let me have a look in the bag.”

At the welcome table, I can see that Viv is on desk duty. “Need any help?” she asks.

“Please. Come on over and see this.”

She gets up from the table and comes over. The bag bulges, threatening to burst like a belly too full. The poor slob unzips the top, and drops it with a

Sure enough, cans of beer and other alcoholic drinks are clinking and settling against each other inside. Viv looks at me sideways quickly, and covers a smile with her hand. This going to be one of those stories.

“Why did you put the glass bottles on the bottom?” Viv asks. A pool is gathering around the bag. The slob shrugs helplessly, and tugs a hitch out of his jeans.

How did that get in there, he asks us with a curse. We have no idea, we tell him. None at all. We tell him we know who is of legal drinking age in Hawthorne, and he’s not. We’re going to have to report him for possession.

“Look, we saw you swipe in. Your card can’t swipe into other residence halls.”

“My friend lives here, and he lost his I.D.. I found it, and I was just returning it to him.”

The slob takes out this UNH I.D. and hands it to Viv. She flips it right side up and peers at the face. “Who?” I ask, and she hands the card to me. The picture’s not the guy in front of us, that’s for sure. It’s Austin from the 2nd floor. He goes on the list of people to talk to.

“Well, we still have to report you for underage possession. Even if this isn’t your hall.”

He takes out his driver’s license, and it’s true. He’s legal. “Look,” I tell him. “If you’ve got plans to distribute to a minor, that’s also illegal.”

“Yeah? So where were you headed with this cargo, bud? Dimond Library? Look, just take it and go.”

“OK. Whatever.” He gathers up the handles of the duffel bag without zipping it, and goes to the door. He struggles to open it with the black soaking bag flopping in his arms. Viv shakes her head, goes over, and pushes the door open. He squeezes outside, then he’s gone. Viv laughs and throws up her hands.

Funny thing, but I still had more questions then answers.

Was this the delivery that was happening at “Thorns @ 9?” If so, who still used paper messages? Texting is much more discreet. Who was that girl who had given me the paper in the first place, and how did Pepsi know her? Why did someone of legal drinking age have the I.D. of someone younger? That was too backwards. I had to go back to what I knew. I had to talk to Pepsi again, and then to Austin, to see what he had to do with all of this.

This thing was knitting in front of me, and I thought about Lauren and her roommate again. Lauren had said she was an honors student, looking at a full ride. Full ride! I’ve met people who would kill for that. Sometimes people don’t know what they’ve got I guess.