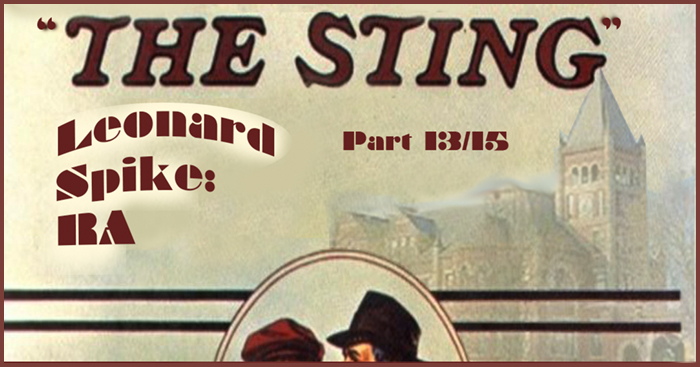 It’s a quiet Friday night, but it wont be for long.

I take a sip of coffee, and watch the doors from a seat in the lounge.

A car pulls up and parks at the side of the curb. Two guys get out. Soon I see it’s the kid who had the duffel bag coming back. This time, he’s wearing a big hiker’s frame pack. It looks ridiculous, and he has the same dopey look on his face as last time. He swipes in, and I just happen to swivel my chair around with my back to him at this point. I open TNH, and watch him in the reflection of the windows.

He stops to look at me, and someone walks in behind him. By Cliff’s description, I’m guessing this is the Ostrich. He’s got an enormous nose, big watery eyes, and an adam’s apple the size of a golf ball. He’s dressed crisply in tan slacks and a button down shirt. He pushes his glasses up his nose, and snaps his fingers against his partner’s jacket sleeve. The Ostrich nods to the stairwell, and up they go.

I can barely stay seated, but if I rush this thing I’m going to blow it. I take a breath, and a sip of coffee.

I get up and sprint up the stairs. I’ve gone up two stairwells, and I’ve got two more to go. Hope I’m not too late. I turn the corner just in time to see Austin’s door close.

I tip toe up, trying to be quiet. I pull a rubber door-stop out of my pocket, and listen, crouched and waiting. Thirty seconds.

White light flashes in the hallway, and the fire alarm siren shrieks. Doors to the left and right of me open, and students flood out. They don’t want to do this again, so this time they’re quick. I flatten against the door so I don’t get swept up in the crowd.

Behind the door, they’ve got a hideous choice to make. They can open the door and leave now, which may expose they’re deal, or they can wait for firemen to knock on the door. From what I know of the Ostrich, I’ve got a bet on how he’s going to move.

Then it happens: the doorknob clicks.