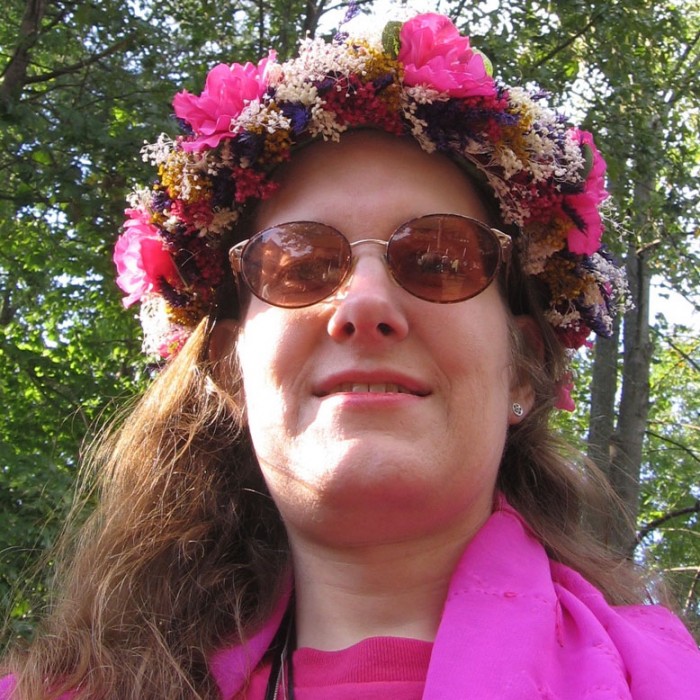 Physics in the College of Engineering and Physical Sciences

Are you a member of a UNH Alumni Network? If so, which one?

Soon after graduating I became involved with a new school’s LGBT and feminist organizations. I had just started graduate studies in Computer Science at James Madison University in Virginia. The latter was not according to plan on two counts. My preference had been to go into Computational Physics but given it was such a new field at the time, nobody I talked to thought it even existed. I then had gone to VA to look at graduate schools, but since Greyhound went on strike that week I wound up applying to the only VA school I saw: where I was staying with friends. I was working in the IT department at the local hospital soon after moving to the area and eventually started doing volunteer systems management for JMU’S physics department, as well.

Yes, a bit long for graduate school, but I partially stayed for just over 5 years to keep my net connection. I was getting ready to graduate, had met my future spouse online, and was looking at employment in the DC area (the first of several contracts at the White House complex over the next few years).

I was in the middle of yet another WH contract. I did not get tapped for any of the Y2K work going on around then because my specialty in my contracts was WH email reconstruction and that got a higher priority (yes, I have had a few laughs and groans over the past few years about that topic). I was married and living in the DC area.

Having done a gender transition earlier I am now just living a day-to-day life in DC. Although as a nonbinary transgendered panromantic ace. Eventually I decided I wanted a more permanent job than government contracting (where you wind up changing jobs and/or employers every few years) so changed sectors to work at the Urban Institute, a policy research organization. I am a senior developer in the web applications group. Currently I am putting a lot of thought into things like mentoring and giving talks. This is a GREAT city if you are into politics, where else can you randomly run into multiple legislators?

Did you have an international experience (study, research, internship or volunteer abroad) while at UNH?

Not by design. Being as there were a lot of foreign physics graduate students I certainly was around quite a few though!

The key thing was that at UNH I learned how to learn. It was also the first place I encountered where I actually had to work at academics (yes, I was the kid you hated in computer class who never had to study). Since my graduate degree was mostly getting a piece of paper to prove what I already knew I would have to say I got more out of UNH because of those two things, even though physics is not my current career.

I believe in UNH because it has a wealth of different experiences. While some other decisions may seem more interesting looking back in truth any path is time well spent. From my 2 degrees the actual courses being taught mattered the least to me (I may be a programmer with a physics background but nobody asks me about database normalization or neutron stars) but what does matter is how you learn to approach new things.