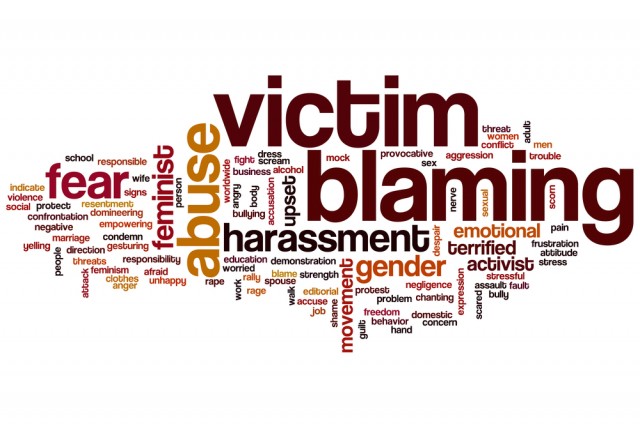 Today I am going to talk about a very important subject that needs to be addressed more.  This is Victim Blaming. Victim blaming is when the victim of a crime is entirely or partially blamed for the crime. Unfortunately today sexual violence and victim blaming go hand in hand.  Sadly in today’s society when it comes to sexual violence people often say “She asked for it,” “She was wearing a short dress what did she expect?” and “She was too drunk.” Of course theses sayings can occur in situations where males are the victims as well. Often times when a male is a victim people say “He was lucky” because men have a stereotype of always wanting to have sex.  NO ONE deserves to be a victim and it is not your fault!

In today’s news , The Washington Post headline states “James Deen, porn’s ‘feminist’ sweetheart accused of sexual assault.”  James Deen is seen as the “it boy” of the adult film industry. Recently Deen’s ex girlfriend and former on screen partner named Stoya tweeted he had raped her. Her tweet said:

“That thing where you log in to the internet for a second and see people idolizing the guy who raped you as a feminist. That thing sucks.”

Victim blaming is common today and needs to be changed. Not one person deserves to be a victim of sexual violence. We need to change our language when it comes to topics of sexual violence. Victim Blaming is what causes sexual assault to be under reported. How do you think it would feel to come forward sharing a traumatizing situation and for someone to tell you it was your own fault? So many rapists are never found guilty through the legal system, but did commit the crime. I believe if we lived in a world that eliminated victim blaming, more people would come forward, knowing they can get help.

Always remember here at SHARPP, you are NEVER to blame, it’s never your fault.