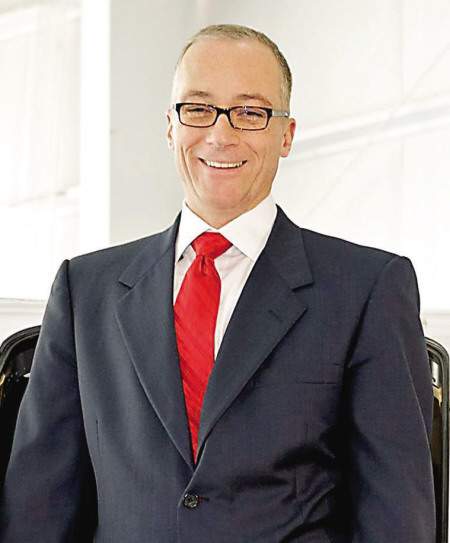 A few weeks ago I received an email informing me that the Dean of the Peter T. Paul School, Dan Innis was choosing to pursue a career in politics and run for congress. Due to this he would be stepping down as the Dean of the business school.  Dean Innis came to UNH in 2007 and has made an impact ever since.  Just this year the business school students of the University of New Hampshire saw the completion of a brand new, top of the line, business college and building.  The other day I had the opportunity to sit down with the Dean and talk about his decision to run for congress and about the Paul School.

How has being a Dean prepared you for politics?

“I believe it is like any other leadership role — How to better work with people, how to work toward a common goal, and how to balance a budget and how to advance something that is pretty large in a political environment.”

Along with co-owning a business, the dean believes his role in a University setting has prepared him for Congress.  In Congress he wants to make sure “that your generation’s future will be as bright as mine was, that’s fair.”  That sounds great to me, and in the past weeks as my classmates and I watched our government fight over a budget, we were all hoping the same thing.

Soon to be candidate for congress Dean Innis has made his impact on the University of New Hampshire. His greatest achievement? “You’re sitting in it,” he says (meaning the brand new business school).  His favorite feature of the new school?  The breakout rooms.

“The science classes have their labs, these are our labs.”

The breakout rooms are just one feature of the brand new school that will provide years and years of excellent education for new generations of future business students.  Dean Innis assured me that next year the school would accept more business students to get the school to full capacity.  The new school is great but it is only as great as the program. How does UNH stack up next to the other great schools around the Northeast?

“This school is constantly improving and the new building is just one step,” explained Dean Innis.

The teachers, and the curriculum while already fabulous are also being improved upon to make sure that this school can compete with any other school in the northeast.  And finally the school has made sure to create a large system of alumni all willing to help out fellow Wildcats. The Peter T. Paul School will prepare any student, through its resources, for a successful career.

Dean Innis has been a huge part of this school and even though he is leaving he still plans to be involved with the university.  He will take a leave of absence and if the election doesn’t go as well as he hopes, he hopes to be part of the faculty and said, “I want to be able to connect with students and you’ll see me on campus.”

As we were finishing up our interview I asked if he had any final words and after a slight pause he said, “Don’t lose faith in the system.”

Many people, including myself, wish the Dean well on his pursuit of a political career and hope to see him out on the campaign trail soon.