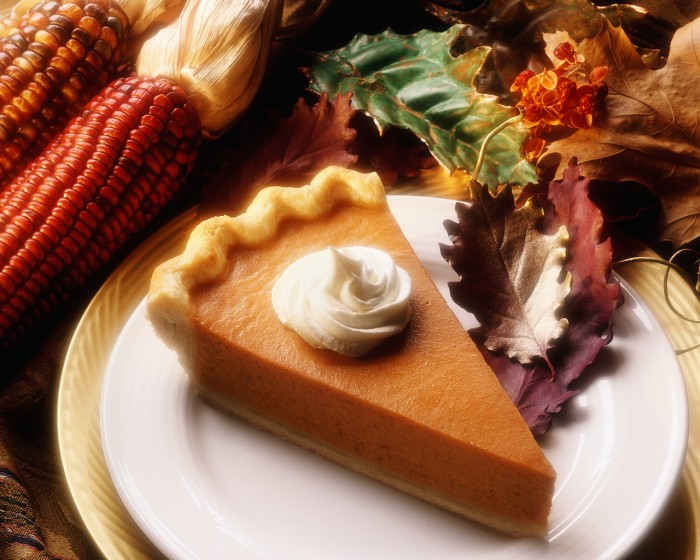 I think of this time of year as Hallogivingmasyear’s Bowl, or a season that includes Halloween, Thanksgiving, Christmas, New Year’s, and the Super Bowl. It is, above all, a season about eating stuff that is at once delicious and guilt-inducing. Importantly, one does not need to celebrate these days to participate in this season. Whether or not you dressed up for Halloween this year, you probably encountered plenty of plastic candy-filled pumpkins. If, like me, you’re Jewish, you still might get an invite to a friend or significant other’s Christmas party. (The ham’s not kosher, but the cookies are just fine.) Even if you only go to Super Bowl parties for the friends and the commercials, you and the most diehard fan are nevertheless equidistant from the seven-layer dip. And in between/addition to these days, there’s also “Friendsgiving,” apple-based pastries, and pumpkin-based everything.

Given all this, how do you handle Hallogivingmasyear’s Bowl?  At one extreme is the chronic guilt trip, in which every piece of pie, fun-sized candy, or chicken wing becomes a full-blown existential crisis. At the other extreme is the #YOLO trip, in which there are no limits on what or how much. Hopefully, not too many of us fall into either of these categories—at least not all Hallowgivingmasyear’s Bowl long. But maybe we lean in one direction or the other. It’s certainly possible to feel guilty enough about eating that it becomes unpleasurable. And it’s also possible, when offered something potentially delicious, to lose touch with how full or satisfied your body actually is. FOMO, it turns out, applies to food as well as friends.

In order to navigate Hallowgivingmasyear’s Bowl, it’s a good idea to come up with an informed personal food philosophy. This means learning about what’s best for you—and about what makes you most content. For example, my philosophy accounts for the fact that my pancreas doesn’t know how to pancreas (i.e. I’m a Type-1 Diabetic), but I would do some borderline illegal stuff for a really good piece of pie. My compromise is that I not only enjoy but seek out really good desserts, but I also don’t bother with sweets that I don’t really love, or that seem just “decent” or “that was OK.” Like, I don’t care about an Oreo in cookie-form. But if you put it in one of these, I will knock over a baby animal to get to it.

For me, it took some time and effort to come up with a food philosophy that helped me figure out how to move through the world during Hallowgivingmasyear’s Bowl. And I didn’t do it alone. As a diabetic, I’ve seen nutritionists and doctors, and I’ve sought advice from friends, and I’ve experimented with both indulging and abstaining. But even if your beta cells do make insulin, a food philosophy is helpful. It’s hard enough figuring out the cereal aisle, let alone holiday party buffets. (Also this: http://imgur.com/gallery/Bfaf484.)

Luckily, UNH has plenty of resources if you’re trying to come up with your own food philosophy. The Office of Health Education and Promotion is a great place to start. Their website has plenty of resources for thinking about how to think about food, and you can also schedule a meeting with a Nutrition Educator/Counselor. Finally, the University Counseling Center might also be an important resource if you want to change your relationship to eating.