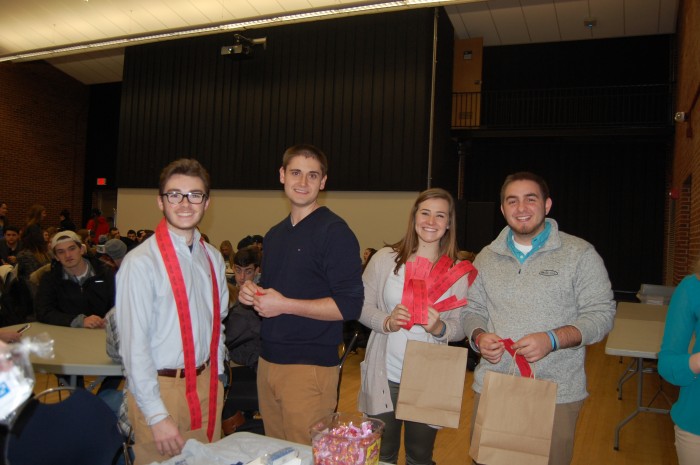 Walter Mitty: “When are you gonna to take it?”

Sean O’Connell: “Sometimes I don’t. If I like a moment, I mean, ME, personally. I don’t like to have the distraction of the camera. I just want to stay…in it.”

This is an exchange between Walter Mitty and Sean O’Connell, played by Ben Stiller (Walter) and Sean Penn (Sean) from the movie The Secret Life of Walter Mitty. For those who have not seen

the motion picture, here’s a little explanation behind the scene. Sean O’Connell is a photographer for LIFE magazine and is waiting on a ridge to capture the snow leopard a.k.a the “Ghost Cat” when Walter finds him, completing his movie-long journey. Sean does not take the picture when the snow leopard appears and Walter asks why, in which Sean answers with his reply from the dialogue above.

This exchange perfectly describes my philosophy on photography which I’ve followed ever since I started shooting pictures with my iPhone 4 back in 2012. I believe that there are moments in life that are too pure, too amazing, too remarkable to capture with a camera or any other mean of recording. As a first-year student in the Peter T. Paul College of Business and Economics, I have had so many of these moments from opportunities to network and get my name out into the professional world, to meeting incredible individuals who are always willing to assist me in developing my skills to making sure I am ready for anything that gets thrown at me.

The saying goes: “A picture is worth a thousand words”. However, I like to believe some moments are worth a thousand pictures, in that all of the emotions that can be felt from just one picture cannot fully express some of the moments we’ve all experienced or will experience. It is in these moments that the camera is a distraction. It is in these moments that no words, no pictures, no form of recording from any perspective other than your own eyes and mind, can fully capture the emotion in that moment. These moments and experiences are the “Ghost Cats” in photography.

I have had plenty of these moments in my first year here at UNH, so many in fact that I could not physically take advantage of all of them. Because of this I am extremely thankful and grateful of the plethora of opportunities I have been presented with. Most of which have been through Paul College’s FIRE Program.

As Ruth brought up in her post a couple of weeks ago, students who came to UNH from small high schools with small graduate classes, like myself, might feel overwhelmed by the size of UNH and find it hard to stick out from the crowd. I graduated from Lowell Catholic High School with a senior class of 96 students and a total school population of roughly 400, so coming to a university that is almost 40 times larger is definitely overwhelming. My first semester was tough because I got too involved (yes that’s a thing) and couldn’t handle the work load. However, through the FIRE Program it helped me realize the things that were really important and how to work to make sure I was moving in the right direction while also helping the transition into college smoother. On top of that, I was selected to be a FIRE Igniter.

As an Igniter, my role is to act as an active member on the FIRE Program’s student-advisory board. I, along with the rest of the FIRE Igniters, act as program designers to help mold the FIRE Program to fit the needs of first-year, Paul College students to get them on track and get ahead of the game. To be selected out of the 650 other freshman means so much to me and helped raise my confidence to go out and be more proactive in my studies and personal interests, such as my photography.

The FIRE Program has been a large provider for what I now call “Ghost Cat” moments for and for everyone I know in the business school here at UNH. The FIRE Program moves me to give back and encourages me to do my best as an Igniter to provide more of these moments, opportunities, and experiences for present and future FIRE students. I want to pass on the opportunities I have been given and watch others discover their own “Ghost Cat” moments. Maybe by doing so, I can give someone the experiences they need to show them their purpose or their ultimate goal in life. Maybe, because of my role as an Igniter, I can give someone the thing they need that will allow them to figure out a way to capture these “Ghost Cat” moments. But until that happens, I’m going to stick to taking pictures.

Matthew is an excited first year student in the Peter T. Paul College of Business and Economics studying Business Administration and looking to focus on Entrepreneurial Studies. He is a graduate of Lowell Catholic High School and grew up in Pelham, NH. While in high school, he was on the varsity soccer team and was recognized by his coach to receive the Unsung Hero Award. He was also the President of the National Art Honors Society and an active member of the school organization S.A.D.D. (Students Against Destructive Decisions).

However, the highlight of his high school experience was becoming a published author at age 17 for a piece that was featured in a book titled “Little by Little We Fill the Cup”. The book was a fundraiser to build a clean water well on the school grounds of the Margret Okari Children’s School for orphan children in Kisii, Kenya and features written works by authors from the United States, United Kingdom, and even children from the Margret Okari School in Africa.

Currently, he is a member of the Residents Hall Association as the McLaughlin Hall rep, as well as being the R.H.A. rep of his hall council. Matt also participates in UNH intramurals and is an active member of the FIRE Igniters student-advisory board.