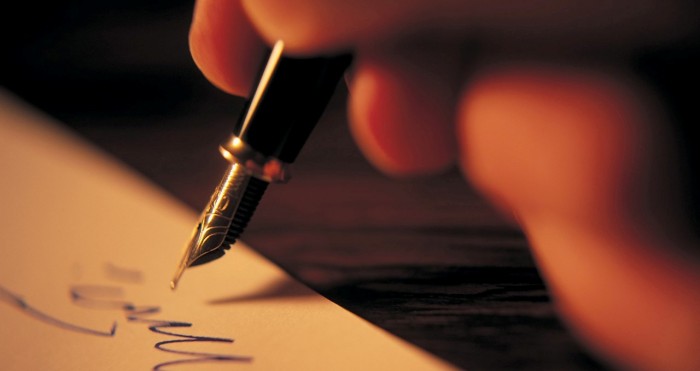 A performer of a recitation at the 2014 Scream Slam

On Oct 28, 2014, Mask and Dagger Dramatic Society and the English Honor Society, Sigma Tau Delta, co-hosted a Halloween-themed poetry slam called the Scream Slam. English lovers and Halloween fans alike had the opportunity to relax with friends, chat over a delicious piece of pizza and fresh-brewed cup of coffee and listen to their peers read hauntingly excellent and eerie literature in celebration of the holiday.

Those who read at the Scream Slam were competing for various prizes provided by the sponsoring organizations, who offered first, second and third place in either an original work or a recitation. One example of a prize was a $25 gift card to Aroma Joe’s for the winner of the original work competition, which went to Shannon Murphy (below). Several people recited classic scary pieces such as Edgar Allen Poe’s “The Raven” and the witches’ monologue from William Shakespeare’s play “Macbeth.” Even the students who read original works stuck with the spooky theme of the night, with topics like government-run torture chambers and the horrors of early morning jogs in the rain.

A reading of an original work at the 2014 Scream Slam

The event took place at the Freedom Cafe on Mill Road in Durham, a hole in the wall with comfortable couches, artful drinks and a great goal. They are a donation run non-profit, that doesn’t have set prices but ask patrons to donate about what their goods would cost at a similar establishment. All proceeds go toward ending human trafficking and slavery.