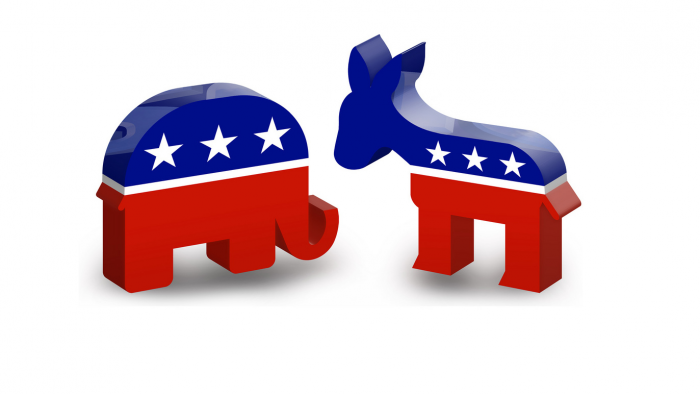 Here’s something that’s sort of hard to wrap your mind around: It has been 590 days since the first candidate for president, Ted Cruz, announced his run. It’s been 569 days since Democratic nominee Hillary Clinton announced and 504 days since Donald Trump, the Republican nominee, announced. To put that into perspective, the 2015 election for Canadian Prime Minister was the third longest in the nation’s history, and it lasted just 78 days.

If you’ve been paying attention for any significant percentage of time, you might be experiencing what political scientists call “voter fatigue,” or, an indifference toward the whole political process. It’s also possible, given the tone of this election, that you’re tired of hearing from and about the candidates. Perhaps because Trump and Clinton are the least favorable nominees in American history, both campaigns have been focusing their energy on attacking their opponents. It seems as if the only thing everyone can agree on is that this has been a stressful election.

To be fair, both major candidates have published policy plans on their websites. However, these have been less the focus of our national conversation than why one candidate or the other is unfit to be president. (Clinton, in particular, seems to have a plan for everything short of the zombie apocalypse — but if a fear of zombies is your primary reason for voting, you might want to check out this guy.) Or, to put it another way, both campaigns have had the CAPS LOCK on for months, and the forum moderators are on vacation.

So, as American voters, what should we do in the face of such vitriol? Assume elections are meaningless and ignore them? Assume elections are hopeless and despair? Assume elections matter, but that we’re too overwhelmed to engage, and think only about anything but the first couple episodes of season seven of “The Walking Dead?” (Actually, I submit that this will leave you equally frustrated.) None of these seem like good ways to participate in democracy. But what are you supposed to do when what is happening around you causes you to feel empty, hopeless or anxious?

Obviously, learning about the issues and the consequences of different policy decisions is important for understanding who and what you’re voting for. Education can also provide perspective and clarity about the world we live in. For example, as bad as things might seem now, be glad this isn’t the election of 1824, in which none of the four candidates won a majority of the vote, and the election was essentially decided through backroom deals in the House of Representatives. It’s also not the election of 1860, the dawn of the Civil War, during which more Americans died than in both world wars combined. It’s also not 1912, when one of the major issues was whether the U.S. should enter World War I, which would turn out to be one of the most destructive and deadly conflicts in human history. In other words, as bad as things seem now, history can help us understand that things have been worse before. Education matters.

But, it’s maybe less obvious that mental health is an important part of being an educated voter. For this to make sense, we have to acknowledge that mental well-being plays a role in our decision making, in how we relate to the world and in how we process news we receive. If you’re a first-time voter, learning to navigate the flood of information might be hard enough, let alone figuring out what you believe is right.

College is an especially important time to pay attention to mental health, as it’s a time when you begin to establish your identity and make choices about your future. For the record, there’s plenty of support at UNH if you’re struggling with stress and/or anxiety. But mental health isn’t just about addressing problems; it’s also about growing and learning as a human being so you can make smart, educated choices about what to do (and not to do) with your life.

Of course, figuring out who you are and what you believe can turn family dinners and holidays into shouting matches. This is one reason elections (especially this one!) are stressful: Political issues are complicated, and our political views are difficult (and maybe impossible) to separate from our personal lives. It’s reasonable to have pretty strong #feels about politics; hundreds of millions of peoples’ lives are shaped by the decisions our leaders make. Which is to say, exhausted is probably how we should feel. That’s a sign of democracy working.

(By the way, if you’re about to vote for the first time but need to get registered, start here.)