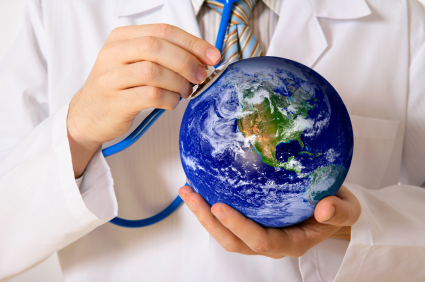 Zika: the word doesn’t really sound that dangerous. Zika sounds like the name of a Saturday night beverage, or the latest dance craze. Zika could be a JLo song, or a character from a children’s show. But we’ve all been told not to judge a book by its cover or a person by their name.

If you keep up to date with current events, or periodically check your Facebook newsfeed, you have probably seen this word thrown around quite a bit. But what does the virus have to do with climate change?

First, a short science lesson. The Zika Virus is a disease transmitted by mosquitoes found primarily in tropical

climates like Central and South America. Symptoms include fever, rash, joint pain, and red eyes. Most cases are not severe and do not require hospitalization. Although there is no vaccine or treatment, symptoms usually subside within a week.

The real danger of the virus has nothing to do with the primary infectee. Severe birth defects have been reported among babies born to mothers who have been infected with the virus. The Zika virus has been linked to cases of microcephaly, a birth defect causing a baby’s heads to be smaller than average. This usually means the brain is smaller and underdeveloped, leading to complications after birth.

Zika clearly has public health implications. The WHO has declared a public health emergency in response to severe birth defects linked to the disease. But what does it have to do with climate change? When we think of the negative effects of climate change we often think of ice melting, polar bears dying, and sea levels rising. But quite often, climate change and human health go hand in hand.

The Guardian provides a very compelling article regarding the health effects of climate change. Many mosquito-borne illnesses, like malaria and dengue fever, are found in tropical climates. As greenhouse gases effect the environment and increase global temperature, tropical climates can expand. Mosquitos are able to thrive in new locations. The citizens of these new mosquito hot-spots will not have the same resistance to dangerous diseases. The Guardian reported, “According to WHO, a global temperature rise of 2-3C will increase the number of people at risk of malaria by around 3-5%, which equates to several hundred million.”

Mosquito-borne illnesses are not the only threats. According to the same article,  the WHO estimates that 250,000

people will die due to a range of climate related issues. These issues range from injuries sustained during severe weather events, to the increased threat of water-borne disease like cholera. As sea levels rise and unpredictable weather patterns lead to flooding in some areas, water-borne pathogens and toxic algae thrive. The chart to the right illustrates the various health ailments that could be associated with climate change.

As an optimist with full faith in science, I refuse to believe the Earth has been irreversibly condemned. Where there is a problem, there is always a team of scientists to find a solution. Doctors are researching new vaccines every day. Education programs teach affected communities the best ways to avoid infection. Policy makers have made new strides to try to decrease greenhouse gas emissions. (See COP21) There is hope for a healthy future: the four horsemen of the apocalypse are still lost in the woods. However, unless we want them to find their way, efforts need to continue to reverse the effects of climate change. Of course, nature is unpredictable and pathogens often have a mind of their own. But reversing the negative effects of climate change may help control deadly epidemics, or prevent the next one from ever occurring.