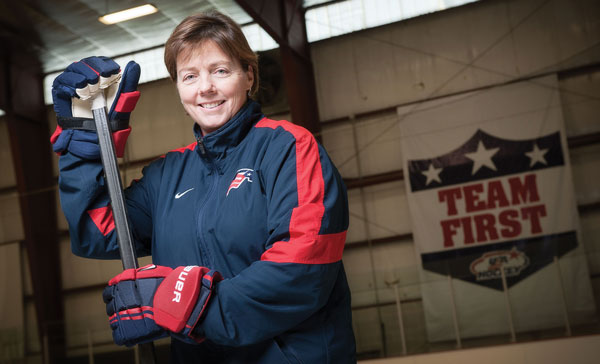 As I write this blog, I’m sitting in front of the TV watching the 2014 Sochi Winter Olympic Games. The XXII Winter Olympics began technically on February 6, but the opening ceremonies took place on the eve of February 7. Growing up, I watched each Olympics religiously with my family. I’m excited about these Winter Games because they are the first (and only) Olympic Games I will be watching while at UNH.

Did you know that UNH has 4 alumni participating in the Olympic and Paralympic Games? That’s right — Kacey Bellamy ’09, Katey Stone ’89, James van Riemsdyk, and Taylor Chace ’11 will all be representing Team USA (and UNH!) in ice hockey. Skiers Leanne Smith ‘07, Tyler Walker ’08 and Laurie Stephens ’07 are also representing the Wildcats in Sochi this month. It’s a great day to be a Wildcat, isn’t it?!

I’m obsessed with how social media makes the Olympics more interactive! The only downside is scrolling through Twitter or Facebook in between classes and accidently seeing who won an event. Thanks to Sochi’s 9 hour time difference, NBC’s primetime coverage becomes old news because every event happens while we’re all in class! However, with the NBC Sports Live Extra app, you can live-stream the Olympic daytime coverage — perfect activity to do in between classes and it’s available on both the iPhone and iPad!

The Official Olympics app is also great for finding out which events are on and when. I mean, you could always go to the Sochi Olympics website but this app also has news about current and future Olympic Games, videos, and photos, too! Plus, apps are so much more convenient nowadays.

The Olympics are being celebrated on campus, too! My dorm has had Olympic viewing socials and I’m assuming other dorms have been likely doing the same. This Friday, CAB (Campus Activities Board) is hosting the 2014 Student Olympics featuring black-light mini-golf, a snowboard simulator, and photo booth! RSVP here!

Even though spring semester is underway and students are busier than ever, I hope each one of you is embracing the Olympic spirit. Not only are we cheering on Team USA but fellow Wildcats as well! History is being made and I think it’s pretty cool that we get to be here at UNH to witness it.