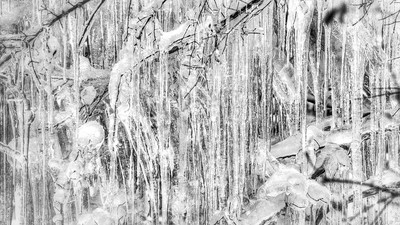 Here we are, halfway through the 2015-16 school year. Back in September I posted simple Bucket List and the challenge of trying to complete it before the end of this school year. Well, with the fall semester over and the spring semester starting, lets see what’s been checked off and what hasn’t.

Done! And done several times! So far, I’ve made it to six home games, which ruins my goal of attending all of the men’s home hockey games this year, but I’ll live. If you haven’t made it to a hockey game, you still have time. Here are  the schedules to the men’s and women’s teams. Trust me, you won’t want to miss out!

Done! Unfortunately, if you didn’t make it to this sporting event before Thanksgiving, you’re out of luck until next season. This year, our Wildcats made it to the first round of playoffs following a great victory over the University of Maine for the Brice Cowell Musket.

Check! November 21st was quite the day as the Wildcats took on UMaine in football, women’s hockey took on Providence College, men’s hockey took on Boston College and volleyball took on University at Albany for the America East Championships. Did I get to all of the games? No. Did I try? Oh yeah! And that is how I added volleyball to my list of sports I’ve attended in Wildcat Country, and the team made attending all the better as they took home a three-peat title for America East!

Check! I made my way downtown multiple times during the fall semester, and, hopefully, you did too! Whether it was for the New Hampshire Film Festival, dinner at the Friendly Toast, brunch or just to explore, Porstmouth is always a great time. It might be cold now, but there is still time to check out all Portsmouth has to offer! Plus, there is always getting free movie tickets to the Music Hall with your student ID!

Done. Honestly, who hasn’t done this yet? Well Durham is changing, and it may be time to do this bucket list item again as some new restaurants and shops are coming to town. So enjoy our little town, and check it off the list!

Many times done! I love taking the Downeaster; I really do. Sure, it can run late, and that gives me a bit of anxiety, but it is really the best way to travel between campus and Boston (or Portland!). If you haven’t hopped on this Amtrak train yet, now is the time to do it! The Downeaster is offering $16 fares to any station stop during the month of January. Plus, they always have some kind of deal and the ever-popular $86 student six-tix, a six-pack of one-way tickets that let you take the train whenever you want. So be spontaneous!

I missed out on this campus favorite, but I hope you didn’t! If you did, you’ll just have to wait until the end of the semester when CAB puts on one last outdoor movie.

Photo With the Wildcat

Done. So done. I’ve got more photos with the Wildcat from last semester than I know what to do with. But that is okay! If you haven’t done it yet, a snowy Wildcat is just as photogenic as a sunny Wildcat!

Events at the MUB

Check that off the list! But I’ll keep going because I always have fun! If you haven’t been to either Bingo, a lecture, the movies or one of the many other events happening in the MUB, you have a whole semester to try and make it! Make sure to check out Wildcatlink for event dates.

This campus tradition has come and gone for the year. It was so great to see President Huddleston marching along with the Wildcat community during this year’s parade, although I think we all wish that he was back out on his motorcycle instead. If you missed out this year, just wait until the fall!

Newer PostUNH: “Be You” this Valentine’s Day
Older PostIs Recycling a Waste of Time?