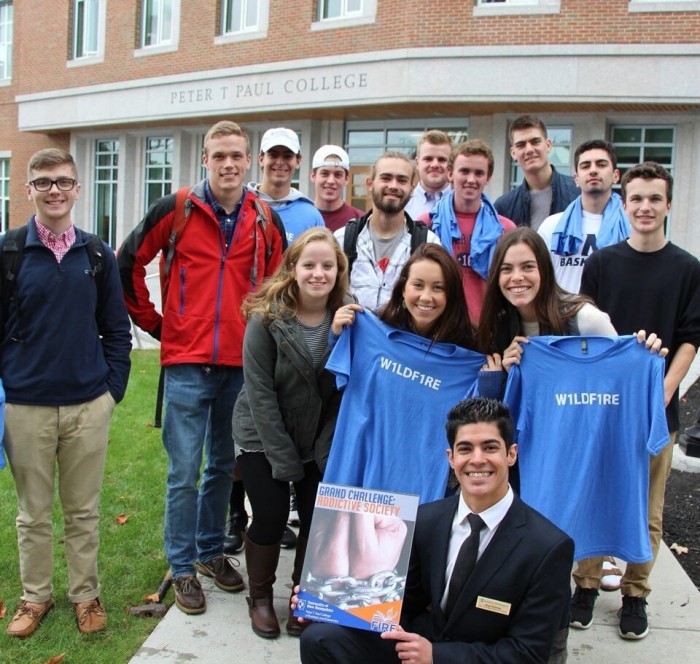 Two friends from high school and I decided to room together in a built-up triple. During the first three weeks or so it felt like I had made a bad decision. We stayed away from the freshmen dorms

due to the lack of A/C, but I was starting to feel like it would have been better to deal with the heat to meet more people. It seemed that a good majority of people had found their new group of friends while I was still with old friends. There was nothing wrong with staying connected to my old friends, but I felt like I was missing out on the whole college experience.

My first impression of FIRE was that it was a neat idea, but it didn’t work in reality. Man, was I wrong. I started to realize how many people I was meeting through FIRE. My FIRE group (W1LDF1RE) started to become more closely knit and everything started to turn out how I had hoped it would. Once my group discovered how friendly everyone one is and once we realized our potential, we really became a team. Anytime somebody is going to an event on campus, we encourage others to join by extending an invitation to the entire group.

While UNH does not have an official actuarial program, there is a path to help students get a job as an actuary. I thought the best path to take was

through Paul College, but it turns out Statistics is a better option. When I learned this, I was reluctant to leave Paul College, I anticipated I would be ineligible for FIRE during the spring semester. I considered staying in Paul College for one more semester so I can finish what I started with my team. Paul College offers the only program like this at UNH and I definitely did not want to miss out on this, especially when I’ve been lucky enough to be placed on such a great team. Luckily, the FIRE Coordinators made an exception for me, allowing me to transfer to a different major while continuing to take advantage of the great program.

I don’t think I would have been as active on campus as much as I am if it wasn’t for FIRE. The greatest aspect of going to events, is no matter where I go I’m almost guaranteed to see somebody I know. FIRE helped me to meet so many people that I even became friends with members of other FIRE groups. Once groups start to know each other is when the rivalries start to form and the competition become serious. My RA Kevin Johnson is the peer advisor for F1R3 GOODELL (Team 13) and I’m starting to see a little bit of a rivalry brewing. Now that I know I’m with my team for the long run, I believe we have what it takes to win it all while also having the best semester yet!