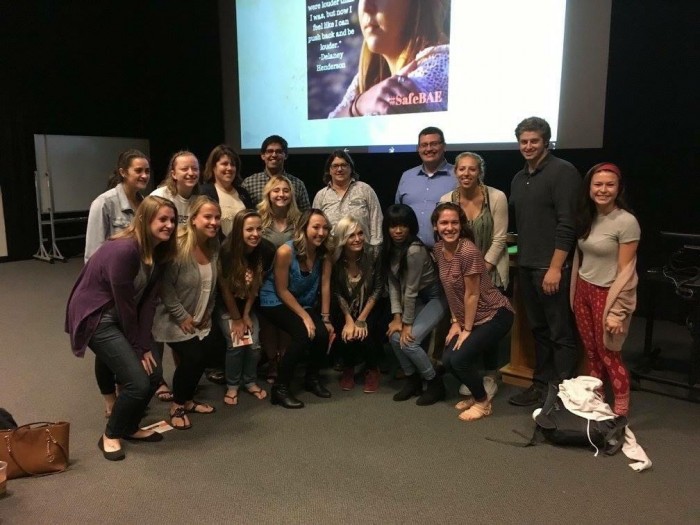 For those who haven’t seen “Audrey & Daisy,” I suggest you do. It will make you feel extremely angry, sad and disgusted, but, most importantly, EMPOWERED. As a trigger warning, the documentary does talk about sexual assault.

All of the survivors in this documentary had something in common — they were targets of victim-blaming. They did not get the support they needed from their community; they were constantly bullied, and they were blamed for what happened to them. Audrie Pott survived her rape but committed suicide after photos of her that were sexually explicit in nature were shared among her classmates. Daisy and Delaney both had to move away to escape the negative attention and bullying they faced as a result of coming forward. Someone even set fire to Daisy’s home. The sheriff in Daisy’s case said that people “throw the word rape out there” casually, with no merit. This is degrading victim-blaming. Daisy, along with the other survivors in the film, was sexually assaulted, and comments like these silence survivors. To have gone through what these women went through, and then to be treated the way they were treated after coming forward is disgusting. Unfortunately today, sexual violence and victim- blaming go hand in hand. When it comes to sexual violence, people often say, “She asked for it” or “She was wearing a short dress; what did she expect?” or “She was too drunk.” Often times when a male is a victim people say, “He was lucky,” because of the stereotype that men always want to have sex. NO ONE deserves to be a victim, and it is not your fault! We as a society need to stand with survivors and help them have their voices heard.

My favorite quote in the film came from Daisy, who said, “…the words of our enemies aren’t as awful as the silence of our friends.” Survivors need us to listen, support and stand up with them.

SafeBAE was founded by the four survivors featured in the film. Daisy Coleman, Delaney Henderson, Jada Smith and Ella Fairon do not want what happened to them to happen to ANYONE else. They are standing together to end sexual violence and educate students. SafeBAE is a student-focused, survivor-driven campaign whose mission is to raise awareness about sexual assault in middle and high schools and raise students’ awareness of their rights under Title IX, the portion of the federal Higher Education Act that prohibits gender-related discrimination and sex-based harassment.

SafeBAE focuses on preventing dating violence and sexual assault by giving students the tools to change peer culture; end harassment and re-victimization, and advocate for consent- and safe-relationship education. Delaney, Jada and Daisy explained how resistant high schools and middle schools are to exploring these subjects. This is a problem. Earlier education needs to occur to prevent sexual violence. It teaches people where to go if something were to happen to them or a friend. It is important for students to know their resources and know they are not alone.

These women have inspired me. I am sure everyone else who has seen the film has been equally inspired to change our society’s response to sexual assault. At the screening, an audience member asked, “What would you have wanted people to say to you after telling them what had happened?” Delaney said all she needed to hear was “I believe you.” Simply believing someone and showing you believe them can make more of a difference than you know. In too many cases, people do not believe survivors. Some even ask victim-blaming questions like, “How much alcohol did you drink?” It needs to be made clear that NO ONE deserves to be assaulted, no matter how much alcohol they consumed. Being constantly blamed and bullied will make the survivor start to believe it was their fault. This is what needs to be changed. We all need to step up and be active bystanders and friends.

As always, know that SHARPP is here for you, and we support survivors. Thank you to Daisy, Jada and Delaney for empowering us to be the change and for sharing your stories!