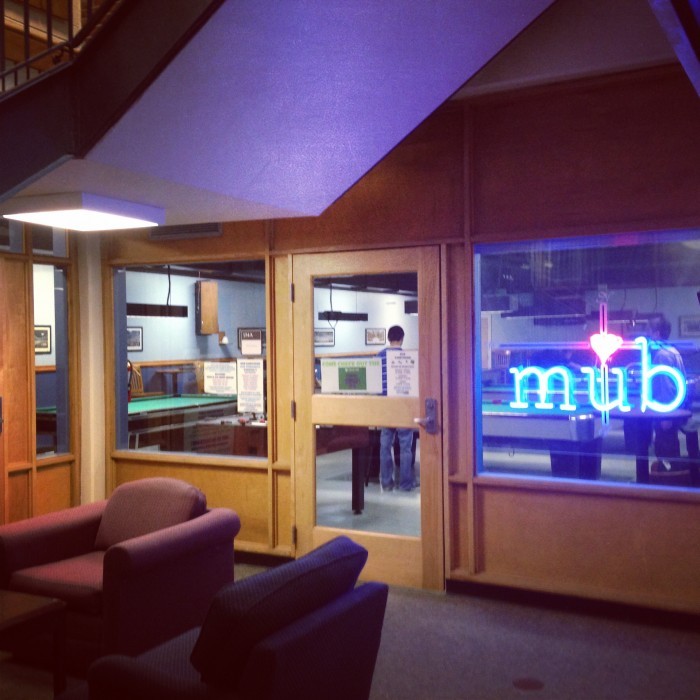 Here are all the movies coming to the MUB for the rest of the semester! The MUB is bringing some really awesome films in the next few weeks, so if one of these reviews catches your fancy, check out the Screenings List to make sure you don’t miss it! Remember, tickets are $4 for students, and only $2 on Thursdays, so this is the perfect way to catch a flick!

This story takes place during World War II, based on the true story of Alan Turing, a mathematician, who works to crack the complicated codes used in Nazi messages. The brilliant hero, however, is then charged with the then-criminal offense of homosexuality. What follows is a suspenseful and haunting story, which has been heralded (by the Human Rights Campaign, and others) for bringing visibility to the historical struggle of the LGBTQ+ community. Although the film is not revered for its factual accuracy, The Imitation Game is a beautiful film that will really sit with you.

This cyber-crime-slash-mystery-slash-action-slash-drama-slash-Bourne Identity-esque film is almost as hard to follow as this sentence. A convict teams up with FBI agents to crack a case of cyber-terrorism. However, the convoluted plot comfortably gives way into the compelling Michael Mann style we’re used to. Chris Hemsworth leads a capable cast, in this classically visceral action film with an unspontaneous up-to-date twist supplied by the techno-centric story. If any of this sounds like your cup of tea, you’ll find plenty to like about it.

This magical mystery tour is a fun ride from start to finish! A dramatic mystery set in the late 1960’s shows you a romantically hazy view of the essential characters of this time period. A private detective investigates the plot to get rid of his old flame’s new arm candy – a billionaire land developer. The cast, including Joaquin Phoenix, Owen Wilson, Josh Brolin, and Reese Witherspoon, are dynamite on their own, but together create chemistry that is nothing short of fascinating. Not a hard movie to enjoy, to say the least.

A Most Violent Year

This film follows the lives of an immigrated family in New York City in 1981 – historically, the city’s most crime-riddled year. Abel (Oscar Isaac), is a man with strong morals and romantic ideals about the American Dream. He makes a compelling protagonist for this smart drama. Slow paced, and with less action than the title implies, this movie is not your easy-breezy Sunday evening flick. But with the inspiring and heavy-handed screenplay, the film moves like poetry and keeps your interest well-grounded.

Nominated for the Best Film Academy Award, among many others, this drama is based on the true events of the life of Chris Kyle, an ex-marine sniper. American Sniper is a tribute to the other side of the classic soldier story, including the heavy tolls they take back with them. Although the product is somewhat romanticized and simplified, as is to be expected in any American war movie, fans of Clint Eastwood will find no flaw in this. The cinematography is gorgeous, and the spotlight on academy award winner Bradley Cooper is well placed. His haunting performance alone is enough for my recommendation.

More for audience enjoyment than critical acclamation. An Austin Powers/Pink Panther love child, this film won’t create the cult following of its predecessors that it seems to be after, but will strike funny with a similar audience. Johnny Depp leads the cast as a conman art dealer, who finds himself in a tricky situation, on the search for a piece of art also sought after by a couple potentially dangerous opponents. Just the kind of offbeat, quirky humor you’d expect form Johnny Depp. A just-for-fun, silly time.

The Woman in Black 2: Angel of Death

Another story of the Woman in Black unfolds in the same abandoned mansion in the British countryside. The new central characters are a group of orphans and their caretakers. Unfortunately, Daniel Radcliffe makes no appearance in the sequel, but the same angry spirit will return as the title character. A classic template for your horror movie starter pack; file under British Orphan comma Haunted House. Fans of the first flick – come on down! This sequel holds true to its predecessor’s bone-chilling atmosphere, and its lack of “BOO!” moments. Perfect if you’re someone like me, who tells their date they love horror movies but screams at embarrassing volumes at jump-out-of-your-seat surprises.

A woman (Reese Witherspoon) embarks on a journey of personal discovery. After going through a divorce and the death of her mother, she resolves to end her own destructive behavior once and for all, and hike the Pacific Crest Trail alone. Along the way, we witness meaningful events of her hike, as well as flashback moments from her past. Reese Witherspoon gives a real and raw performance, and the story is well-paced and visually stimulating. The result is an emotionally moving, classic on-the-trail, find-yourself story, with the rarity of a strong female protagonist. Highly recommended.

A bit of a curve ball from Tim Burton. Based on the true tale of Walter Keane, who experienced a rapid rise to fame in the 1950’s, by taking credit for his wife’s unique paintings. The film explores ideas of artistic integrity, abusive relationship dynamics, and the historical marginalization of women. The story is told with imaginative flair, and stunning visual portraitures of the movie’s setting. The lead performances by Christoph Waltz and, especially, Amy Adams are extraordinarily captivating as two very different, very intriguing characters. A success for this unusual team of storytellers.

This sci-fi adventure follows a young woman who learns that her celestial destiny far exceeds that which she has grown accustomed to here on Earth. Down-on-her-luck Jupiter Jones learns that she is fated to inherit a cosmic throne, and has the future of the world in her hands. Mila Kunis and Channing Tatum are the uncharacteristic, but fun, leads in this YA-Star Wars-esque world. A less-than-groundbreaking piece from the Wachowskis, but an amusing ride with cool action sequences and a clunky romance between Tatum and Kunis. Junk food in movie form, turn out if you’re ready to binge.

Happy Viewing, Wildcats! After the credits, get back on UNHTales and let me know what you thought in the comments!