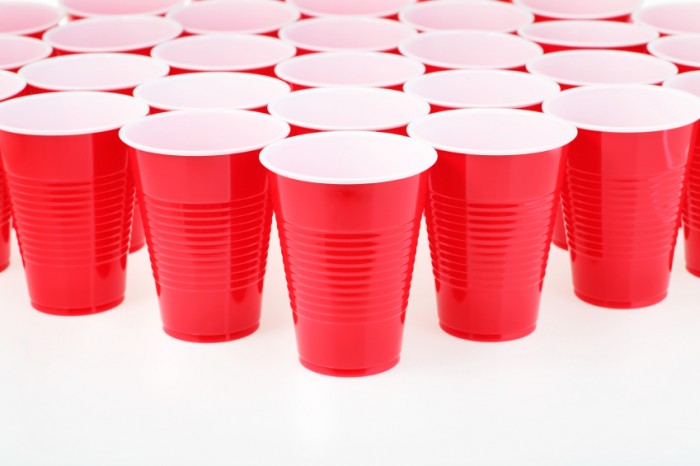 Holiday anxiety.  It’s that the sinking feeling you get from worrying about if you’ll have enough fun on New Year’s Eve, Halloween, or, for college students, Cinco de Mayo. It’s worrying that things won’t get a truly special kind of crazy. That the next morning you’ll wake up in your own bed, wearing your own clothes, with a clear memory of what happened yesterday. That you won’t have the sort of epic hangover that makes being in the same area code as food sound like a bad idea.

Near as I can tell, what holiday anxiety is really about is not having The Story. When people ask how Cinco de Mayo was, you want to be able to say, “You will not believe what happened,” or at least to be able to stare at them, wide-eyed, as you try to think of how to explain the beautiful chaos you survived. If you emerge from Cinco de Mayo with The Story, the day lived up to its expectations. If it was like any weekend night, you’re somehow boring and basic and uninteresting.

On the one hand, this is sort of ridiculous. The worst thing you could do if you’re trying to have fun is repeatedly ask yourself if you’re having enough fun. That’s like having an annoying little brother who insists on following you around and poking you in the stomach every couple of minutes. On the other hand, it’s hard not to do this on days like May 5th, since it seems like so many people are determined to Have The Best Time Ever.  And in college, The Best Time Ever seems like another way to say Things Got Out Of Control. This is the premise that inspires at least one scene in every college movie ever made, and all of The Hangover.

But the truth is, it’s not getting drunk that leads to having an epically memorable time. To be clear, I’m not saying, “Don’t drink!” Do your thing, whatever it is. But ask yourself the following: when was the last time somebody began a story by saying, “We were sooo drunk,” and you were excited to hear what happened next? How often does the story turn out to be not really funny at all, or the kind of thing you had to be there for, or so boring that you have to fake laugh and change the subject?

What drinking predictably leads to is doing dumb stuff, which is sometimes memorable, and a lot of times isn’t. But if you really want to have A Day To Remember on May 5th, I have two recommendations. If you pursue at least one of these options, I promise that the day will be, at the very least, interesting.

First, say unusual things to strangers. For example, “What do you think about making New Hampshire’s official state amphibian the Axolotls?”  They’ll say, “Bless you?” And you show them a picture of the Axolotl, which is the kind of creature whose appearance demands immediate and in-depth evaluation. Or, you can ask them the sort of hypothetical question that philosophers have been pondering for millennia, such as, “If your head was a car, where would the pedals be?”

The other thing you can do nearly guarantee yourself an interesting time is to wear a costume. Better yet, put together a collective costume with a group of friends. You’d be surprised how quickly people want to be your friend when you dress like a character from one of their favorite childhood TV shows. Seriously, who wouldn’t want to talk to Otto, Reggie, Twister, and/or Squid? Who wouldn’t hang out with Sponge Bob and Patrick? And another thing you can do in a costume is dance. It doesn’t matter if you are actually the worst dancer of all time: you’re dressed like a cartoon character. The worse the dancing, the funnier you’ll be. Some people say they can’t dance without having a few drinks first. Well, the costume grants the same effect. Nobody’s going to notice if you’re a good dancer. They’re only going to notice that that guy dressed like a minion is doing the two-step.

Better yet, combine these. Walk up to somebody dressed as Sponge Bob, while dancing, and ask, “It’s time to settle this once and for all: otters or sloths?” You’ll start conversations. You’ll be a conversation starter. You’ll remember this Cinco de Mayo, and you’ll make everybody else’s more memorable.

One reason I take this stance on holiday anxiety is because I think people tend to confuse drinking a lot with having a good time. But I am also thinking of how prevalent, widespread, and expected alcohol use can be, especially on holidays like Cinco de Mayo. Under these conditions, the real danger is that alcohol dependency and abuse are invisible. Consider that recent research suggests that addiction may be as much a product of not being able to connect with other people as it is chemical. This is all the more reason to pay attention to yourself and your friends. If you think that you or someone you know has a problem, UNH has resources you should know about, including Alcohol, Tobacco & Other Drugs Educators/Counselors , online self-assessment, and a peer education program (S.A.F.E.).

So have a good time this May 5th. But remember: if you want to wake up with A Story, you’re better off dressing like Homer Simpson than drinking like him.