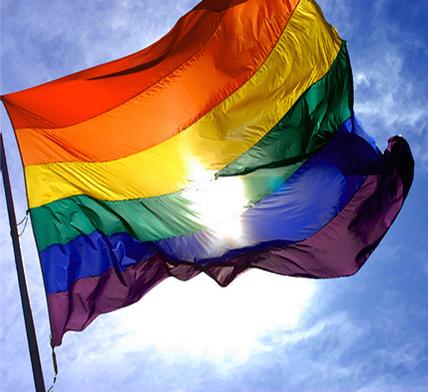 The LGBTQ+ community has been, and continues to be, discriminated against in this country and all over the world.  For example, in the USA, several states still ban same-sex marriage and globally, those engaging in homosexual acts can face discrimination ranging in severity from harassment to execution. This is just when we focus on homosexuality. There are many more sexual orientations and gender identities that are also frequently discriminated against.

While LGBTQ+ issues are global issues, I wanted to take a closer look at them within the UNH community.  To do so, I interviewed a few members of UNH Alliance, a “LGBTQ+ student group at UNH” that “welcome[s] people of all orientations and identities”. Alliance offers weekly activities including guest speakers, and group discussions. On separate occasions, I interviewed my friend, Alex Fyffe, a relatively new member of Alliance, as well as Audrey Johnson, Alliance’s chair.

I asked both Alex and Audrey to tell me a little about what made them want to join Alliance.  Alex stated she joined because she knew a lot of people in the organization and she was interested in what Alliance does on campus and wanted to help.  Audrey joined last year as a freshman.  At the time, she wasn’t out to anyone yet, and Alliance provided her with a way to explore her identity in a safe place.  She also joined because of her interest in social issues and her desire to get involved on campus.  She ran for executive this year in order to keep Alliance going and to further its positive impact.

What Does Alliance Do at UNH?

I also asked them about activities and events Alliance has participated in that were successful.  Both mentioned “Gaypril”, which is a series of gay pride activities that occur in April.  Alliance also puts on an annual themed Drag Ball, where one has the option of dressing in drag and mingling with other students.  The most recent Drag Ball was in February with the theme of Disney.  Alex and Audrey were both excited to tell me about one of Alliance’s most recent events. Dustin Lance Black, the screenwriter of Milk, spoke at UNH a few weeks ago. To make this event happen, Alliance collaborated with the MUB, the Interfraternity Council, and the Panhellenic Council, as well as other campus organizations  The event was a huge success, with approximately 603 people showing up to listen, many of whom were members of sororities and fraternities.

While I’ve never seen anyone targeted for being part of the LGBTQ+ community on campus, I recognize that, as a heterosexual and cisgender person (someone whose gender aligns with his/her biological sex), my experiences may be different from those of an LGBTQ+ person.  As such, I was interested to talk to Audrey about whether LGBTQ+ individuals tend to feel welcomed by the larger UNH student body, and if there’s room for improvement.  She said that she’s heard from many other students, and she agrees, that most UNH students are very accepting of different sexualities, but are less accepting regarding transgender people.  Many fail to acknowledge a difference between gender and sex, which excludes transgender individuals. She also said that, while there are fewer instances of outright hatred towards the LGBTQ+ community at UNH than there are microaggressions, the many microaggressions that occur need to be addressed.  She described microaggressions as small, often unintentional comments that belittle, exclude, or stereotype underrepresented social identities. Examples of microaggressions toward LGBTQ+ individuals are asking a girl if she has a boyfriend or a boy if he has a girlfriend (because it reinforces the idea that being heterosexual is normal and other sexual orientations are abnormal), calling a transgender person by the wrong pronoun, or saying that bisexuals “need to just pick a side”.  Audrey compared microaggressions to paper cuts, and said that, like paper cuts a few on their own can seem pretty harmless but enough put together can really cause damage.

I want to clarify here that I love UNH and have gotten along well with most, if not all, of the students I’ve met here, and that my intention in writing about this honestly is not to paint a negative picture of UNH.  I think that many people commit microaggressions and display transphobia, not because they intend to hurt or exclude others, but because they’re unfamiliar with many LGBTQ+ issues.  My hope is that this article will at least begin to create the familiarity that would prevent such mistakes from happening.

I hope to become more familiar with some of the LGBTQ+ issues that I don’t know much about yet.  I thought I was pretty up-to-date on the matter, but I actually learned a great deal about the LGBTQ+ community that I hadn’t known before in the process of interviewing Alex and Audrey.  For instance, Alex introduced me to the concept of the “Q+” at the end of LGBTQ+.  The “Q” stands for queer or questioning, where queer is an umbrella term which means “gender and/or sexual identity that escapes the conventional boundaries or binaries” according to the Glasgow University Lesbian, Gay, Bisexual, Trans, Queer and Plus Alliance. The “+” is used to include individuals who may not fully identify as one or some of the other identities indicated by the rest of the acronym, which might include asexual individuals (those who feel no sexual attraction but may feel romantic attraction), intersex people (people born with a combination of male and female biological characteristics), those who identify as pansexual (sexual attraction to all genders), and many others.  If you don’t recognize many of those terms, you’re not alone. Some of them weren’t clear to me until I discussed them with Audrey and did some online research.  Here are some lists of definitions that you might want to check out to better understand gender and sexual orientation. The following list describes romantic attraction, which can be separate from sexual attraction, especially for asexual people. As you peruse these lists, please keep in mind that definitions can vary by individual; the definitions aren’t absolute.

After educating me on some of these terms, Audrey told me about a few more misconceptions surrounding LGBTQ+ people.  She criticized referring to transgender people as not “real” men or not “real” women and mistakenly believing that transgender people and crossdressers are the same thing.  She also said that “transsexual” is an outdated term because it puts the focus on a transgender person’s body, rather than their gender identity.  She said another major misconception about the LGBTQ+ community is that LGBTQ+ individuals are totally different from heterosexual cisgender people, and that it’s also misguided to require LGBTQ+ individuals to assimilate to a heteronormative lifestyle as a condition of equality.  She also brought to my awareness the controversy surrounding performing “corrective” genital surgeries on intersex babies.  I don’t know enough about this issue to form an opinion yet, but there are some thought-provoking articles online that make the case for opposing genital surgery on intersex babies.  It was really fascinating to hear about an issue I’d never heard about I also enjoyed talking with Audrey about what knowledge I did have on gender and sexuality.  For instance, she and I talked a little bit about the idea of a whole spectrum of sexuality, and she recommended the excellent Ted Talk “Fifty Shades of Gay” by iO Tillett Wright.

How To Get Involved in Alliance at UNH:

If all of this sparks your curiosity, you may want to consider becoming a member of UNH Alliance.  Anyone is welcome, even if they aren’t a member of the LGBTQ+ community.  If you are interested in running for an executive position in the future, Audrey recommends that you come to meetings regularly, form positive relationships with everyone in the organization, have an understanding and appreciation for intersectionality, and have a broad interest in LGBTQ+ topics that includes lesser known identities.  Alliance accepts new members throughout the year, so whether you’re interested in an executive position or just looking to see what it’s all about, you’re encouraged to come to Alliance’s meetings, held Tuesdays from 7:30 to 9 p.m. in MUB 145.  You can also follow @UNHAlliance on Twitter or the  UNH Alliance Facebook group for more information! You might also consider a queer studies minor, which consists of five classes on LGBTQ+ topics.  There are a variety of classes in different academic departments to choose from, making for a flexible minor. All in all, I hope you feel inspired to learn more about the LGBTQ+ community, both on and off UNH’s beautiful campus.