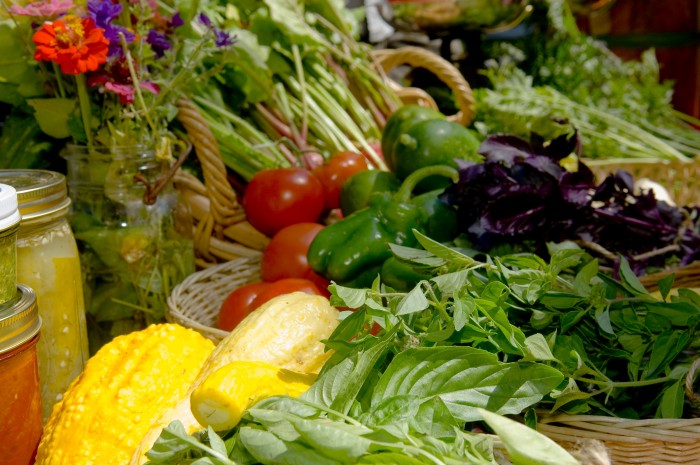 Many of us have heard of the carbon footprint but Alley Leach, a PhD student in the NRESS (Natural Resources and Earth Systems Science) Program, is hoping to  popularize the nitrogen footprint. Nitrogen, like carbon, is a contributor to greenhouse gases and helps to speed global warming and climate change. The idea of the nitrogen footprint began at the University of Virginia, where Alley worked with Jim Galloway, who initially came up with the idea. Now she hopes to apply the same model at UNH, as well as several other institutions across the nation. The University of New Hampshire is the perfect place to continue this project because Campus Carbon Footprint calculation started here. Universities are, in general, good springboards because they have a top-down system and the ability to educate large groups of people.

So, How Do We Reduce Our Nitrogen Footprint?

Alley explained to me the best ways to approach this problem. Anything that reduces your carbon footprint will also reduce that of nitrogen. For example, reducing your energy consumption, whether by turning off the lights when you leave the room, taking public transit or just biking or walking, reduces both footprints. However, the biggest nitrogen contributor is food production and waste, making up over 75 percent of the average person’s nitrogen footprint. In the US the average person contributes 27 kilograms of nitrogen pollution each year  just from food production and consumption. So how can you practice sustainable eating habits? Eat the recommended amount of daily protein (46 grams/day for adult women and 56 g/day for adult men), less animal protein/ N-intensive meat, food from sustainable farms, and reduce your food waste. If you consume the recommended amount of nitrogen (3 kg N/capita/yr) rather than the current consumption amount (5.3 kg N/capita/yr) you can reduce your nitrogen footprint from food consumption and production by almost 50 percent!

Another exciting aspect of Alley’s nitrogen research is creation and implementation of environment labels for food that tell you how sustainable your food is. She has many different types that vary in where they would be placed and how detailed they are, but they all have information about the contribution of that food to freshwater resource depletion,  and carbon and nitrogen pollution. This would create a cohesive system to assess the sustainability of food, making it easier for consumers to make sustainable choices and giving a greater incentive for producers to use sustainable practices.