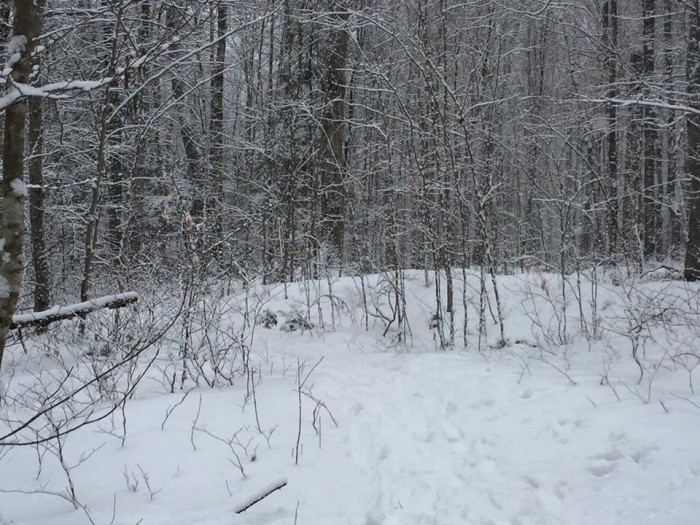 It’s no secret that we live in society that revolves around technology. Social media consumes the lives of everyone it touches and a college student wouldn’t be able to survive their classes without access to a computer. Tech companies convince us that we have no chance of social survival without their latest product. Children convince parents to buy them the latest and greatest tech. As much as I respect and support the technological revolution and everything that it has to offer in the way of advancing society, we as a society tend to forget where we started. We focus on forging ahead to a greater tomorrow and forget to live for today. We forget to appreciate the experiences that have made us who we are.

Over winter break, I took a trip that really helped me to realize all of these things. I had spent most of my break working like everyone else, trying to make as much money as possible. When I wasn’t working, I would see a friend or two, run a couple errands for my family, but most often I would sit down in front of some sort of screen, hoping to fill the boring void that winter break had become. As much as we all love Netflix, there are only so many hours of it that one can watch without slowly becoming insane.

As winter break came to a close,  I had the opportunity to spend a weekend up at a condo near Loon Mountain. I’m no skier, but I figured that some time away from my house and from work would do me a world of good. I hopped in the car with a few good friends and we were off to Lincoln, NH. None of us had any idea what to expect of this condo. For all we knew it could be a tiny cabin that eight grown men would barely fit in. But of course it was a gigantic multi-level deluxe apartment in the sky with more than enough room for our entire crew.

About half of crew were skiers and snowboarders, so they immediately hit the mountain. The other half had no idea what to do, so we decided to explore the woods around the mountain we were staying on. We ventured out into the wilderness, not knowing that we would find more than just a few cool trails. The woods were quiet and a light snowfall was tickling the already snow covered branches of the forest.

It wasn’t until about a half an hour into our hike that we realized we had forgotten our phones. Had I been at UNH, I probably would’ve flipped out, as would the other guys I was with. Yet, here, deep in the woods of New Hampshire, it barely fazed us. We shrugged and continued on our journey. This small mistake of misplacing our phones turned out to be the best decision we made that weekend.

The next day, we decided to venture out into the woods again, this time with more of us. What followed was one of the best experiences. Again we left our phones at the condo and totally disconnected. What started as an hour walk turned into a four hour climb to the (almost) top of a mountain. Without technology connecting us to everyone that we had left behind, the six who had ventured out were forced to interact with each other. We were already good friends, but without the hinderance of technology, conversation was struck and endless laughter followed.

As we walked, we slowly appreciated the beauty around us , until there were points at which all six of us would stop and just look around. The forest floor was covered with new snowfall, the countless streams that we encountered were crystal clear, and the mountains were awe-striking with such a clear and beautiful sky around them. The day couldn’t get any better. While it probably wasn’t the best idea to stray from the paths, we decided to do so anyways to experience some of the less seen beauty in the area. We came across streams that one could cross by simply walking on the frozen trees that had fallen and found tracks of countless animals. We had broken away from the constrains of a tech society and had found peace in the nature around us.

The woods of Lincoln taught us all a lot that day. By breaking free from the hold that technology has on us, we were able to seriously look around and appreciate the beauty of the world around us. Unfortunately, we live in a world that puts more value in depreciating the world’s resources than it does in admiring the incredible splendor that is the natural world.

A walk in the woods has a lot more to offer than simply some good exercise while being surrounded by cool trees. A walk in the woods with good friends allows for uninterrupted time to connect and grow closer. It allows for dialogue unhindered by someone checking their phone, or ‘listening’ while they furiously text away. Out in the woods, we realize that a text can wait and an email will still be there when we get back.

A walk in the woods allows the imagination to run wild. When I was a kid, the woods were an outlet for me to become any character I wanted. Among the trees, my brothers and I would transform into our favorite video game characters. A stick became a sword and suddenly I was one true king of a land that was riddled with strife and war. Society does a wonderful job of stifling our imaginations, requiring only that we fill out a form correctly. The part of our society that saddens me the most is that some people have

to work most of their day at a job that they abhor. To me, it’s a problem when the only thought you have for 8 hours a day is, “When do I get to leave?” That’s not living life! No one deserves that. Out in the woods, I find myself thinking, “This is exactly where I want to be!” I’m surrounded by beauty and I’m surrounded by life, all coexisting to live their lives as best they can. When I’m amongst the trees, the cares of the world melt away and my imagination takes over.

A walk in the woods allows us to reconnect with nature. We’re lucky to be on this campus because we’re surrounded by College Woods, a huge expanse of protected land, there for us to enjoy. By venturing out into the woods, we renew our appreciation for the splendor of nature. Walking among the trees makes one realize how destructive we can be. We mow these beautiful areas down to raise a building in it’s place. We are the only species that knowingly and willingly destroys its natural resources like trees, water, and soil. By returning to the woods, we remember the importance of the life around us.

reader, close the laptop. Turn off your device. Throw on a pair of boots, some warm clothes, and grab a pair of gloves. Make your way over to College Woods or even the paths down by the Gables. Turn your phone off or leave it behind. Go enjoy being surrounded by trees. Stop by a stream and just listen to the world around you. I promise you’ll gain a better appreciation for the beauty that UNH’s protected lands have to offer and this certainly won’t be the last time you’ll decide to venture out there. Bring some friends along sometime, you’ll be pleasantly surprised at the connections you’ll make. Have fun adventuring Wildcats!

The pictures you see throughout are personal photos taken by Hayden Spitz ’18 on our trip to Lincoln, NH.

Newer PostDaily Life in Durham vs. Granada
Older PostAre You Ready to be an RA?