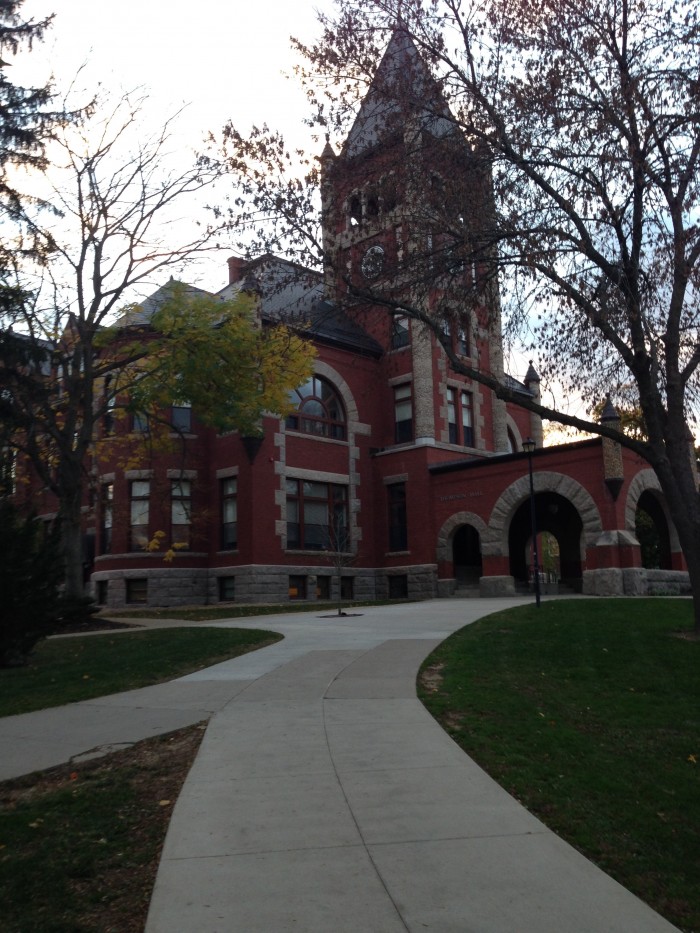 Coming to UNH has always been in the cards for me, whether I wanted it to be or not. I used to say that it was “in my genes,” referring to how my brother and sister had both attended freshman year here, but I never really considered the dismissiveness of such a statement. For a long time, I refused to embrace what would inevitably be my future and tried desperately to shake myself of the in-state reality that I would soon face.

Apart from the “Cow Hampshire” jokes that I was battered with during my years attending a Massachusetts day school, I had rarely considered myself a New Hampshirite to any extent, and I’m fairly certain that no one else did either. I had attended middle school on the North Shore of Boston and had spent every vacation since birth on the South Shore or the Cape. During my high school years I seldom dared to venture outside of the Phillips Exeter bubble into the actual town of Exeter. Come freshman year of college, I was practically a fraud.

It was when I first opened my roommate assignments that I realized the extent to which I didn’t belong in this state. My citizenship was questionable as I wondered if my roommate came from Bow, NH: /bō/ or Bow, NH: /bou/. My mom’s attempt at comfort was lost on me, “It’s just outside of Concord!” Apparently Concord, not Manchester, is the capital of our beloved state. I’ve lived in New Hampshire since I was two weeks old and yet, if you asked me to point out Exeter on a map, I would fail miserably.

For years I tiptoed delicately upon the the border between Massachusetts and New Hampshire, carelessly and sporadically attempting to keep my balance. Only now can I see how hard and fast I tumbled from this ridge into the abyss of Massachusetts, severing the ties with my home state and losing all sight of what it meant to be a citizen.

There is a word in the German language, Zwischenraum, that means the space between things. Recently I feel as if I am walking on to this abstract turf. I am grasping concepts that are unique to New Hampshire while simultaneously releasing my lifelong grip on Massachusetts. I am hovering between the Bay State and the Granite State; I am in Zwischenraum.

It is because of UNH that I am slowly, but surely, learning the ways of the good old 603.  I now not only know that Concord is the capital, but I’ve actually driven through it, too! I occasionally throw in a “wicked” before an adjective, I know the reason why our license plates are somewhat irrelevant, and I even braced myself for snow during Halloween. New Hampshire was once just a place to sleep at night, but now it’s starting to feel a little bit more like a home and a little bit less like an extension of Canada or an upside down Vermont.