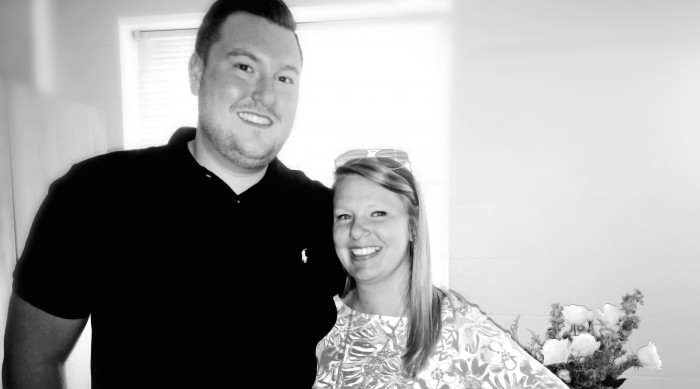 Livin’ and Lovin’ in Wildcat Country

Matthew ’12 first laid eyes on Kim in Stoke Hall during his freshman year. They have been inseparable ever since. Eight years later, Matthew proposed to Kim in the very same dorm in which they met.

It was a sunny morning in June. The spring semester was officially over. Students had turned in their keys, packed up their cars and gone home for the summer. The dorms had become shadows of their former selves.

Well, all except one.

While nearly identical to all the other rooms on the floor, Stoke 654 contained one minor difference: Pictures of Matthew and Kim were on display and the bureaus were adorned with candles and lavish bouquets. Was it a dorm room, or some sort of romantic time machine?

Claiming they were “just passing through,” Matt casually led Kim down memory lane — also known as the sixth floor of Stoke — to the room, where he got down on one knee and asked her to be his wife.

It was Stoke’s first engagement, but hopefully not its last.

Who said UNH Housing can’t write a love story? Matt and Kim — from everyone at the Housing Department and the entire University — congratulations. May we suggest Thompson Hall Lawn as a venue? We also know a great caterer (wink, wink).

Newer PostTips for Talking to Your Professors
Older PostA Day in Portland, Maine