The Championship Round of the Holloway Prize Competition at UNH's Paul College took place virtually on May 6th. For the first time ever, all six final teams were coached by the ECenter! 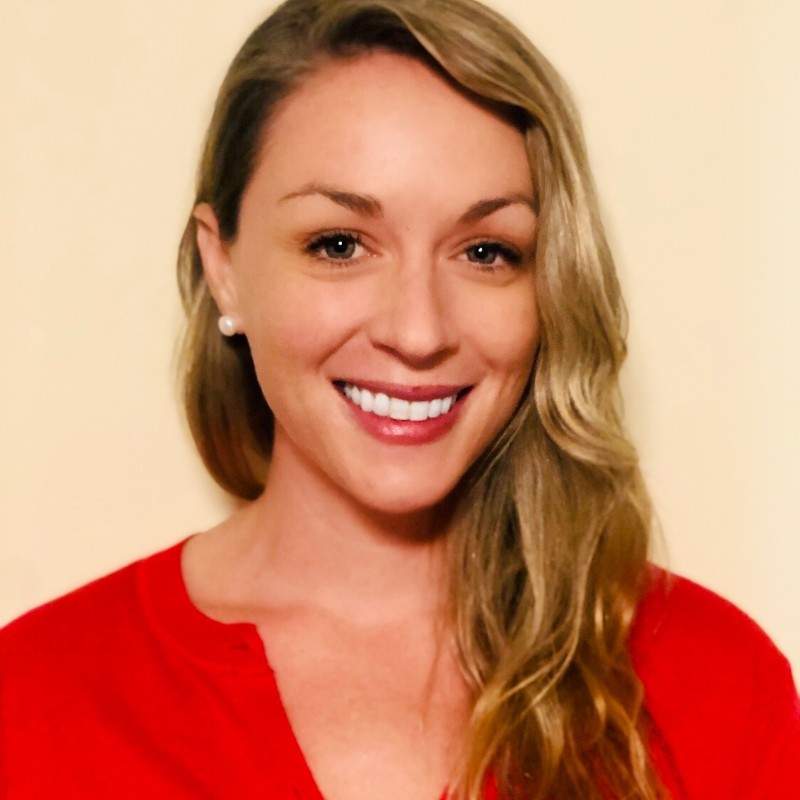 Kendra Bostic, 1st place
winner for Kikori
We would like to applaud the efforts of the Holloway Prize team, particularly Andrew Earle (chair) and Aidan Kittredge '21, for executing a flawless Zoom-based finals. We also thank Paul and Anna Grace Holloway for their continued sponsorship of this inspiring event.
First place team, Kikori, was founded by Kendra Bostick '22 (Grad School). Kikori is a Software as a Service (SaaS) platform that supports educators in transforming their classrooms through experiential education activities so their students can transform the world. Said Kendra, "I cannot say enough about the invaluable experience I received by participating in the Paul J. Holloway Prize and being coached by Ian Grant. Through this competition, I grew immeasurably in all areas of entrepreneurship including developing my business strategy, constructing my financial model, learning presentation skills and creating the documents, videos, and pitch needed for a scalable company. Ian Grant has been supportive since day one (literally!) and advised me weekly throughout the entire process. I do not have a business background, and Ian met me where I was at and believed in me, while also providing me with the tools and guidance needed."
Second place team, ecoText, was represented in the Prize Competition by Nelson Thomas '20 (Paul College), Dylan Wheeler '20 (CEPS and COLA), and Rachel Yee '20 (COLSA). The full ecoText team also includes a few UNH alumni. See the ecoText story later in the newsletter for more. ecoText's mission is to reduce the financial obstacles of the high cost of college textbooks to create opportunity through affordability. ecoText bridges the gaps between colleges, publishers, professors, and students by aggregating titles onto its online platform that is set to become the ultimate collaboration learning tool for students and professors.
“After two years of not even making it past the second round, our company rose to the challenge and placed second overall this year in addition to winning the People’s Choice award. Having the opportunity to work so intimately with Ian allowed us to iterate on our business plan and face the tough questions before it counted," said Dylan Wheeler.
The third place team was Scrapp, founded by Evan Gwynne Davies '20 (CEPS), Daniel Marek '20 (CEPS), and Mikey Pasciuto '20 (CEPS). Scrapp is a free-to-download, gamified, smartphone application which educates consumers and rewards individuals and institutions for recycling correctly. Commented Daniel Marek, "Our time throughout the competition was a steep learning curve to say the least! But we were really fortunate to have the support of our mentors including Ian Grant, Dr. Kwiatkowski, and Andrea O’Brien who all provided us with their incredible guidance throughout the process. The feedback from the judges has allowed us to take our initial concept, pivot numerous times and thoroughly refine it. We are truly grateful for the opportunity to be involved in the Paul J. Holloway Competition and honored to have been awarded the third prize amongst the other two very deserving teams. We are proud of what we have achieved in so little time, and excited for what’s to come next for Scrapp."
Three ECenter-coached teams won runner-up prizes: Jessica Nelson '21, Jamie Nelson '20, and TJ Evarts '20 of BuddyUp, Caleb Peffer '21 and Nick Camara '21 of HallHub, and Cameron Horack '21 of SQN Capital Partners.
“There are so many stories within the story this year. Stories of perseverance, dedication, and reward,” said Ian Grant, ECenter’s Executive Director. He continued, “This is ecoText’s third year of applying to Holloway and first year that they made it to the semi-finals and finals. It would have been easy to just focus on other things, but they continued to listen to customers, develop a product, and beta with students at 26 different colleges. That level of understanding and idea maturity helped them grab 2nd place. Scrapp came to the ECenter in the fall of 2019 and was frustrated that they didn’t make the finals of UNH’s Social Venture Innovation Challenge (SVIC). They doubled down, did over 100 customer discovery interviews and modified their approach and offering to meet the needs of customers. That focus helped them place third! Finally, Kikori, who also won SVIC in 2019, has been sprinting to launch their beta in 2020 and build on the momentum they created for themselves. Competition wins are not the end goal, but rather a means to get to the bigger stages ahead.”
Ian added, "While the three other teams didn’t secure top spots, they all are strong ideas that need some more development time and proof of customer acceptance. No doubt they have what it takes to get onto the podium in the future.”