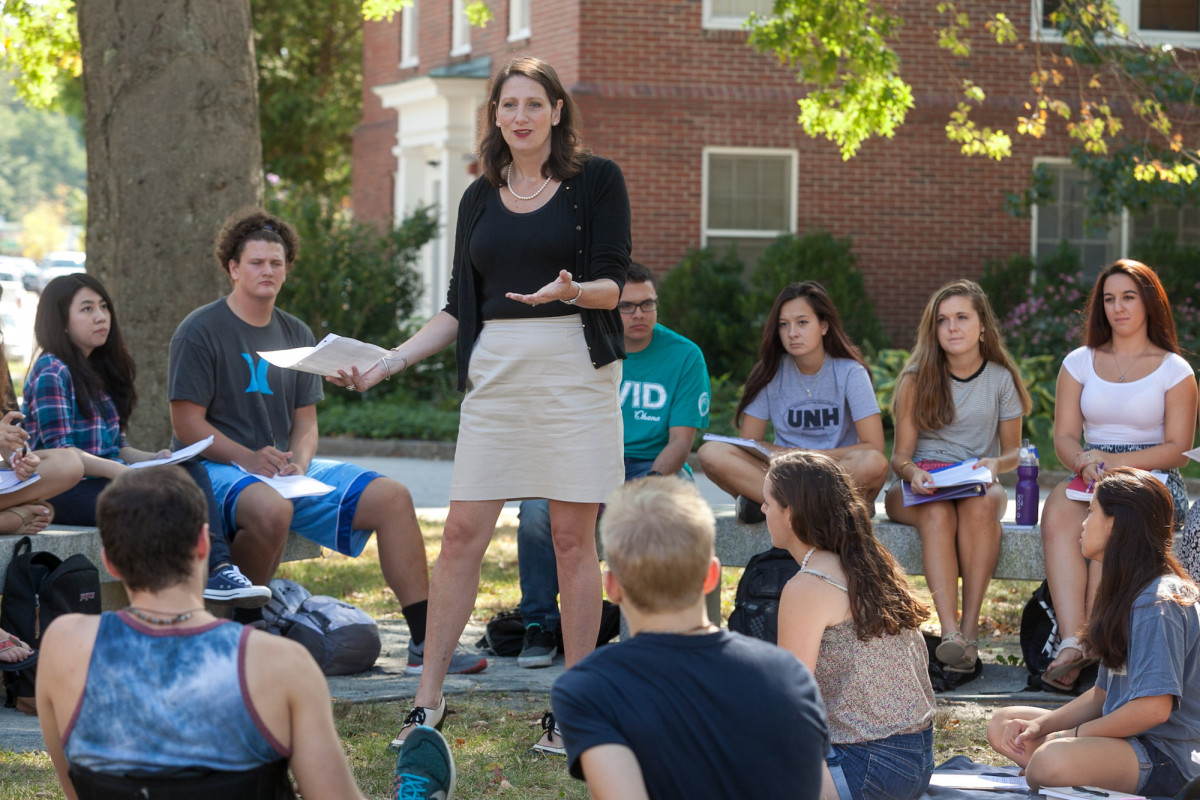 When she was an undergraduate at Hofstra, Assistant Professor of English Cristy Beemer majored in music because, she says, she thought she wasn't smart enough to be an English major. She could rely on her musical talent, but could she trust her analytic and writing skills in an English course? Then, in her senior year, a literature professor introduced her to the idea of writing as a process. It was pivotal. Through hard work and rounds of revisions, Cristy learned she could be the accomplished student she hadn't believed she was.

It is no coincidence that many years and several degrees later, Professor Beemer's writing pedagogy is based on process and that she specializes in composition and rhetoric. And like her Hofstra professor, she pushes students to work hard and believe in themselves.

She also teaches her students the skills and mores of oral communication. As she relates, "some of the most inspiring moments in the classroom emerge from refereeing an electrically charged flow of conflicting ideas. I love it when students get so excited that the convention of raising hands is thrown out the window and, yet, there is a respect established that dictates give and take. In this way, students shift from high school to adult learners who have to negotiate a world of unmediated exchange in which they must make their contribution heard while honoring the input of others."

Some students take a little longer to understand the value of a Beemer class. In professional and technical writing, Professor Beemer asks students to create a WordPress website. One student griped: "What in the world does this have to do with writing?" During an internship a few months later, that student was asked to work on the company's ... WordPress website. He breathed a sigh of relief and silently thanked Cristy because he knew how to execute the task. Recounting the experience on the company's blog, the student ended by writing: "Teachers can give us tremendous professional gifts that we don't recognize until their classes are long over. Knowing what you know now, which teachers would you thank?"

A great many students will thank Professor Cristy Beemer.