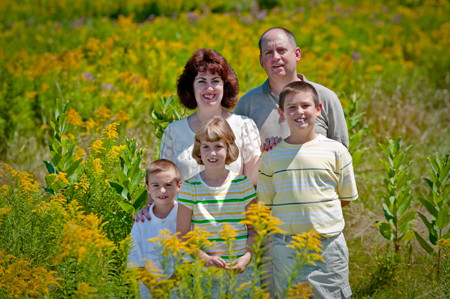 Rosemary Caron, who has worked to diminish lead poisoning among refugee children throughout her career as a public health practitioner and researcher, knows a thing or 20 about that persistent problem. But it wasn’t until mentoring a student on a research project that she learned there was no Somali word for “lead poisoning.”

“That simple phrase nailed it for me, why this work is so hard,” she says, noting that Somalis comprise a significant number of the Manchester refugees she’s targeting. It also speaks to why, after successful careers in bench science and public health, Caron calls teaching a passion and even a calling.

“When I’m able to get my students thinking about how they’re going to contribute to society and how public health can be a tool to make that happen—it’s almost a magical moment,” she says.

Caron not only teaches public health, she devotes a portion of her research to developing curricula and pedagogical frameworks that will produce the best possible public health practitioners. She’s motivated, in part, by a professional pipeline that threatens to dry up as older workers retire. “If we’re going to be a society that is going to handle this century’s series of public health issues, we’ve got to prepare our students younger, in addition to preparing them at the master’s level,” she says.

James Lewis, associate professor and chair of the Department of Health Management and Policy, calls Caron a star by any measure. “Students’ comments regarding Rosemary’s teaching are the sort that all instructors seek,” he says, adding that she effectively taps her professional experience to bring real-world examples and guests into the classroom.

Linking her work as a practitioner to the next generation of public health leaders—and learning a bit about the Somali language—rewards and sustains Caron. “I feel like I’m doing what I was meant to do,” she says. “I needed to take the path I did to see how it all connected.”