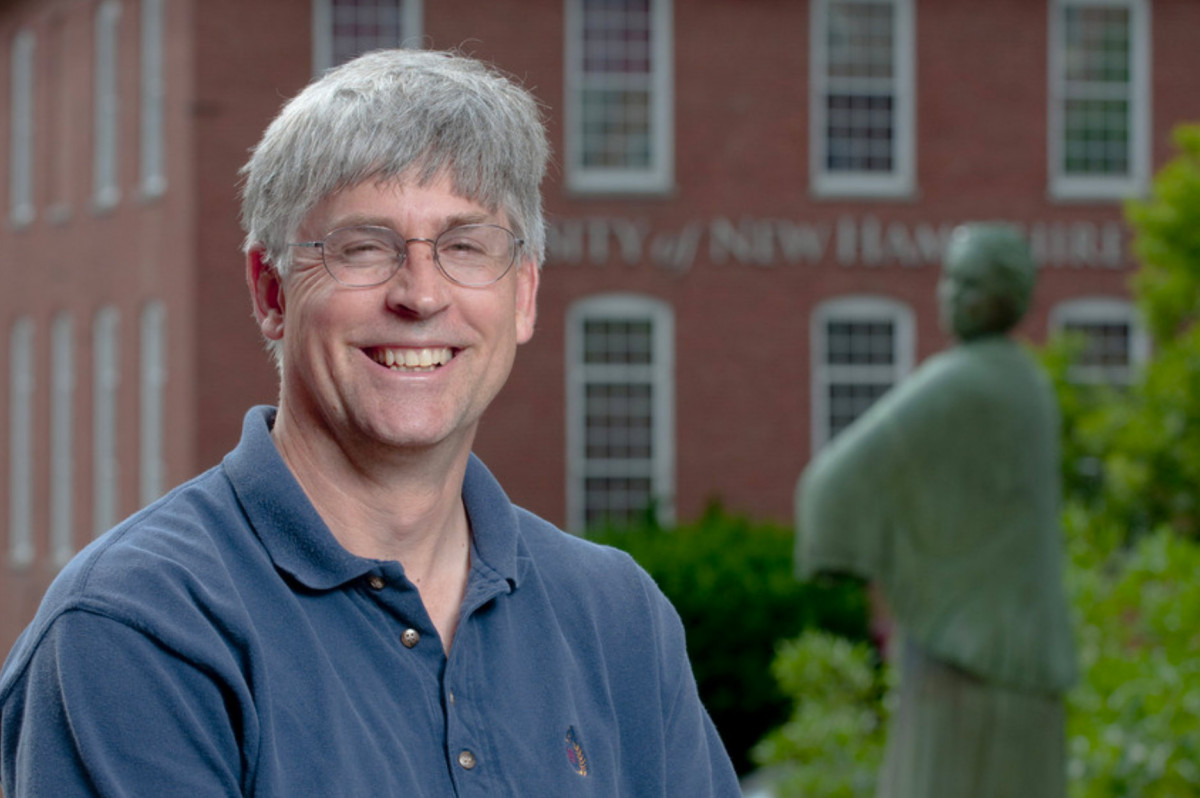 Tom Birch enjoys expecting the unexpected. It’s been a constant during his 25-year tenure at UNH Manchester, where he looks forward to getting to know his students, one term at a time. “Manchester’s diverse population is always a plus, always an ‘X’ factor,” he says. “My focus is on each semester and giving students everything I have at that juncture.”

Birch sees the world through multiple lenses and understandably, teaches economics that way. He’s amazed by the explosion of interest in the subject wrought by the fragile economy, and although he likens the current fascination to “rubbernecking an accident,” he seizes the opportunity to guide his students through the variables: what could cause such an accident and how might it be prevented in the future?

It’s no surprise that the well-spoken mid-Westerner, whose scholarship runs the gamut from famous economists to defining figures of American fiction, is fond of sprinkling literary elements into the standard mix of writings on economic theory. This fall, he is teaching Novelists and Economists: a Literary Approach to the History of Economic Thought, in which works by Mark Twain, Louisa May Alcott, Jack London, and F. Scott Fitzgerald are on the reading list.

The alchemy between writing and economics works for both Birch and his students, who, he says, he gets to know through their writing. “I get a sense of their thinking, and that puts me in a better position to be a better teacher,” he explains. He builds trust as someone who reads every line with care. A dialog develops. When team teaching with Associate Professor of Communications Jeff Klenotic, for example, that dialog expands and becomes what Birch terms a “trialog,” and the experience compounds interest.

Birch’s ambitions for his students extend well beyond the classroom. He expects them to recognize economic principles and make their logical application, but he wants even more. “There’s a critical point in economics where you are less of a consumer and more of a producer. I want my students to have the confidence to shape their own views and become producers—not of material things such as goods and services—but of ideas.”